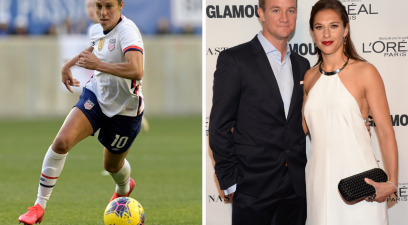 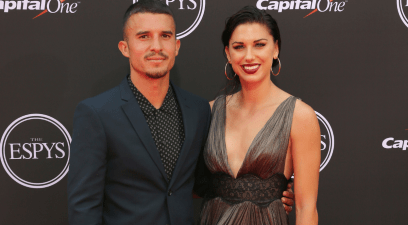 Soccer is the most popular sport in the world. In some countries, the sport also known as football is a matter of life and death.

In what other sport do you hear of a woman dressing as a man to sneak into a soccer stadium and then setting herself on fire before going to prison? What actually happens on the field can be even more bizarre. Players biting opponents’ private parts and fans attacking soccer stars in the middle of play are somehow real events.

In Brazil, apparently female soccer players full on kick faces when someone showboats.

The woman in the pink is Montenegro player Monique. She’s clearly pretty skilled and she’s not afraid to show off her skills in this indoor soccer match in the semi-finals of the Futsal Female Championship in Brazil.

Monique falls to the ground after a tackle from Venezia’s Leandra (in the white shirt) and gives a smirk that apparently ticked off Leandra. She turns around, takes a few steps and kicks the woman in the neck/face as hard as she can.

Damn. I’m not sure I’ve seen a harder kick in an MMA match, and those are freakin’ blood baths. She treated that woman’s head like it was a penalty kick to win the World Cup. The force of that kick probably could’ve busted some veins in her neck.

Good on Monique’s teammate for immediately taking a swing at the woman’s face following the kick. Monique was able to get up and walk off on her own, but that kick could have definitely been lethal if she hit the side of her head or something.

Hopefully, Leandra served some sort of suspension and/or was fined. Actions like this don’t belong in any sport.