In the United States, thanks to public figures like Wayne Rooney, David Beckham and Ted Lasso, soccer has always felt like England's game. If America has baseball, the United Kingdom has football.

But, while the US has typically dominated against the rest of the world in baseball, England hasn't had as much success on the global stage. But the biggest crush for England fans cheering with three lions on their shirts, has come from the country's struggles with penalty kicks and penalty shootouts.

But at the 2018 World Cup in Russia, England finally exorcised their historical shortcomings, at least for the time being.

Dier Finds the Back of the Net Against Columbia 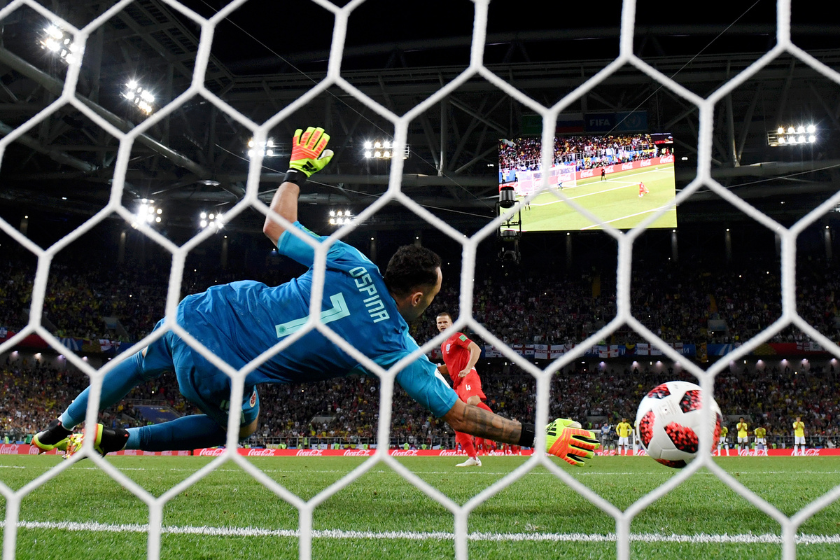 Back in Flat Iron Square, the crowd was going mad. The misery was finally over. At last, England had a reason to celebrate after penalty kicks at the World Cup. After a long history of heartache on the world's grandest soccer stage, midfielder Eric Dier buried the fifth and final penalty kick to help England advance to the tournament's quarterfinals over Colombia.

What a thriller it was. An instant classic even. England, who would go on to play Sweden, took a 1-0 lead into stoppage time with a Harry Kane penalty kick in the 57th minute. Yerry Mina scored the equalizer for Colombia in the third minute of extra time in the second half.

Following 30 minutes of additional play, and when penalty kicks were inevitable with a 1-1 draw, it was impossible not to think about the country's history in these shootouts. And the English National Team's manager, Gareth Southgate, knew it better than anyone else.

Britain's History of Failing to Close Out in PKs 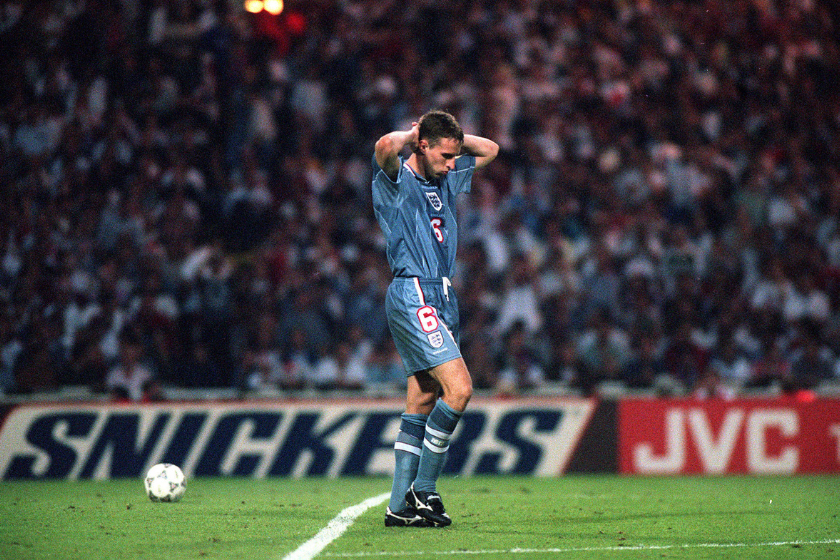 England lost its first-ever World Cup penalty kicks match against West Germany in 1990. Adding insult to injury, the West Germans would go on to defeat Argentina to win the tournament, while England lost to Italy in the third-place playoff.

Eight years later England then fell again in penalties, this time to Argentina, in what some believe is one of the greatest games in World Cup history. And if that wasn't enough, England struggled in penalty kicks against Portugal in the 2006 World Cup.

Even in European tournaments, England struggled to beat opposing keepers from the spot. In 1996, in semifinals of the UEFA European Football Championship, Gareth Southgate, was the only Englishman to miss his penalty kick, sending Germany to the European Championship final match. Southgate would later say that his miss lead to a "bleak time" in his life.

Fast forward to the match against Colombia, and all signs pointed to more anguish, too. England fell behind 3-2 with only two kicks remaining. But with Southgate leading England into battle, he knew who to send up at the right time. Colombia's Mateus Uribe hit the crossbar before England goalkeeper Jordan Pickford saved Carlos Bacca's attempt on the next shot.

All that was left was for Dier to end it, and the rest is history.

For the English, who always have a very talented team, this was a welcomed and complete sigh of relief. The millions of spectators who made the trip to Russia didn't want to leave the stadium after the match, either.

It will take some more heroics to hoist the 2022 World Cup trophy in Qatar, but no matter what happens the rest of the way, this day from 2018 would always be remembered as the one where England's penalty kick fortune changed at the World Cup. 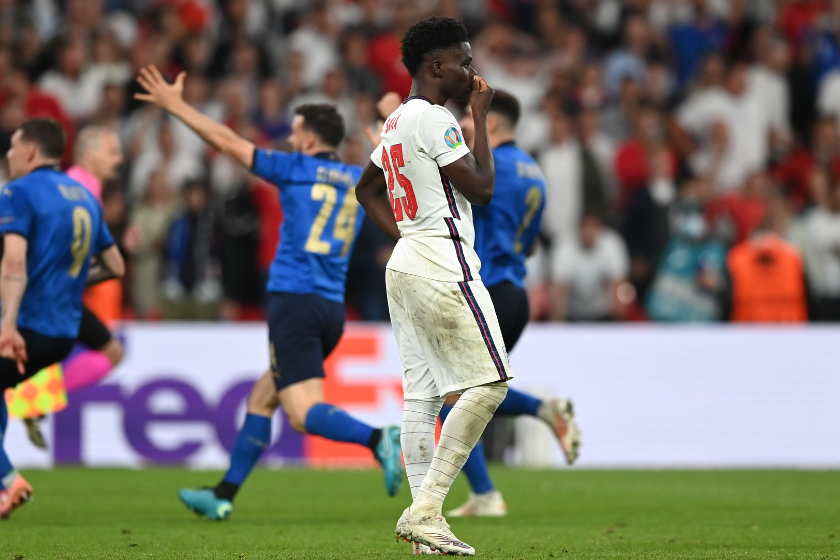 But since then, England's penalty problems have persisted, most notably in the 2020 UEFA championship against Italy, managed by Roberto Mancini. Euro 2020's final, held at Wembley Stadium in London, once again went to penalty spot kicks. Southgate picked his penalty takers and his first two selections, Harry Kane and Harry Maguire, both found the back of the net against Italian keeper, Gianluigi Donnarumma.

On the Italian side, after falling behind by a goal after two shots, Mancini sent up Leonardo Bonucci to even the score. England sent up Jadon Sancho and Marcus Rashford, both of whom missed, allowing Federico Bernardeschi's goal to put Italy up by one. After Jorginho failed to make Italy's final shot, England sent up Bukayo Saka to give them life and help push their hopes of winning a major tournament to another round for shots.

Unfortunately, it wasn't to be. Two years after Dier's goal against Columbia, England was right back where they've spent more than three decades, on the losing side of penalty kicks.