Morocco has done something no other African nation has been able to do in history: make it to a FIFA World Cup semi-final. With their 1-0 win over Portugal in the quarterfinal on Youssef En-Nesyri's stunning out jumping of the goalkeeper, the Moroccan National Team continues their surprise run in Qatar. And as surprising as Morocco's success has been, one of the stars of The Atlas Lions biggest stars could be considered a surprise inclusion on the Morocco squad. Achraf Hakimi's panenka penalty against Spain may have captured all the headlines, but it was Hakim Ziyech rocketing home the second penalty that really put the pressure on Spain. So why was the Chelsea winger something of a surprise inclusion? 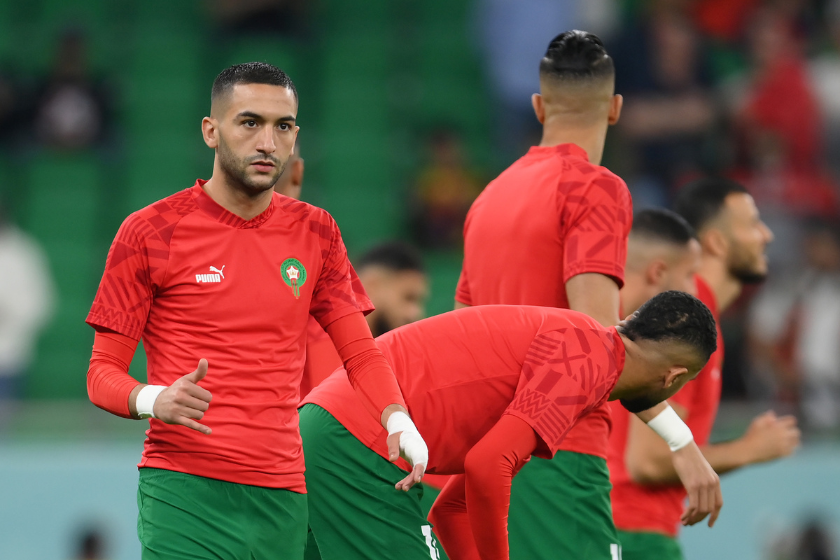 In the lead up to the 2021 Africa Cup of Nations tournament, then Moroccan head coach Vahid Halilhodzic and Hakim Ziyech were at odds, to put it lightly. Ziyech had been a key member of the Moroccan national team, having chosen to play for the Atlas Lions over the Netherlands, whom he also had eligibility for. Halilhodzic claimed that he would not select a player that would "unbalance a group."

And that's exactly what happened with Vahid Halilhodzic refusing to select Hakim Ziyech for the 2021 Africa Cup of Nations. Morocco would lose to Egypt after extra time of the quarterfinal match in that tournament. Despite the exit, Morocco was flying high under Halilhodzic, so it may have been a bit of a surprise when he was sacked in August of 2022, just 2 months before the World Cup. Hakim Ziyech's dispute with Halilhodzic had led him to announce his retirement from the National Team, and that did not sit well with Morocco's fans or it's government so a coaching change was made. 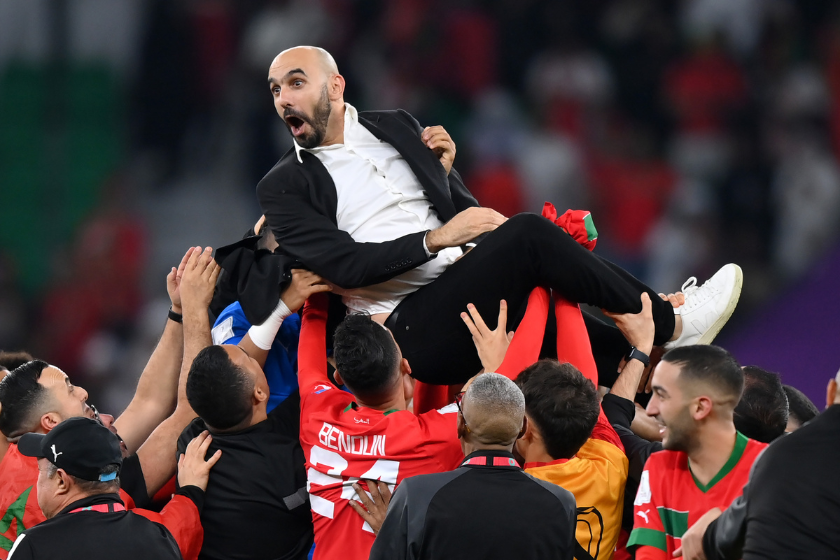 RELATED: Morocco's Cinderella Run is in Part Thanks to Achraf Hakimi

Walid Regragui was named the new manager of Morocco and Hakim Ziyech came out of his retirement and was immediately reinserted into the starting XI for the Atlas Lions. And along with Achraf Hakimi, he has been instrumental to Morocco's ability to shut teams down, especially along the right side where both Hakim and Hakimi operate. Ziyech has long been considered a wizard with his left foot. He demonstrated in Group F against Belgium with his beautiful assist to Zakaria Aboukhlal, and then again with a first time chip shot goal against Canada. But the way he and Hakimi were able to neutralize Portugal's desire to overload the wings, even with Ronaldo desperately trying to get to the promised land, and handle Spain's constant midfield rotation should draw the most praise for the Moroccan winger.

And it is that tandem that will come under the most pressure in the semi-finals after France defeated Harry Kane and England to set up a matchup with Morocco in Doha. Ziyech and Hakimi will have to contend with the best player in the world in Kylian Mbappe, and with Moroccan defender Romain Saiss having picked up an injury in the quarterfinals, and Walid Cheddira picking up a red card, the defense will be even more important.

If they can pull it off, path could see them go up against fellow Group F opponent Croatia, after the European side beat Brazil to book their own ticket to the semifinals against PSG and Barcelona legend Lionel Messi and Argentina.

What's Next After Qatar?

Whenever Morocco makes their World Cup exit, Hakim Ziyech will return to the Premier League to play for Chelsea. Or at least to sit on Chelsea's bench as he has had a hard time finding minutes since moving to the Premier League from Ajax in 2020. Through 3 different managers at Chelsea, Ziyech has struggled, both on seeing the pitch and at producing on the pitch, leading some people to say he's not up to the style of play in the Premier League. With all the talent in his left foot, his playing style prefers an out wide build up thru the lines where he can pick the perfect pass or shot, and that is not as common in England's top flight. But that's not to say he couldn't still find success if given a chance. Its yet to be seen if Morocco's World Cup success will lead to more minutes at Chelsea, or if they will capitalize and try to sell the Moroccan for a bigger return than they would've received pre-Qatar. Whichever it is, Ziyech has proven to the entire world that he deserves inclusion on the squad, no matter the stage.