Raise your hand if you had Morocco as one of the final 8 teams at the FIFA World Cup in 2022. If your hand is raised you are either Moroccan or lying. There is nothing in sports more exciting than an underdog, and Qatar 2022 has a doozy of an underdog. In a group with Belgium, Croatia, and Canada, Morocco wasn't even a favorite to get out of the Group Stage. When they knocked out European powerhouse Spain on penalty kicks in the Round of 16, they became only the fourth African nation to make it to the quarterfinals, and the first Arab nation to do so. And through the Moroccan national team's surprise run in Qatar, a few of their stars are starting to become household names. After his sneaky Panenka penalty kick, none of those names is likely to be bigger than Achraf Hakimi.

Who Is Achraf Hakimi? 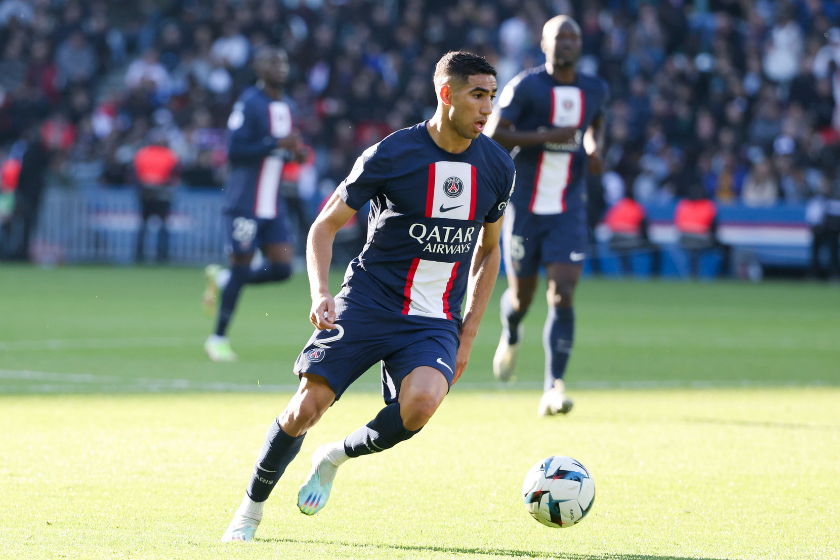 Hakimi' a name may not a complete unknown, mostly down to his success at the club level in recent years. The Morocco right-back currently plays in France's Ligue 1 for Paris Saint-Germain. He was bought from Internazionale Milan in 2021 in PSG's hopes to finally secure the UEFA Champions League title that has eluded them. In his first match for PSG he played all 90 minutes at right-back and scored his first goal for the club. His playing style is very comparable to Liverpool's Trent Alexander-Arnold in how he involves himself in the attacking phase, and he has scored goals for all of the teams he has played for in his senior career.

Achraf Hakimi came up in Real Madrid's youth program, and followed that up by playing for the La Liga side's reserve team, Real Madrid Castilla. From there he was signed to Real Madrid proper, though was quickly loaned to Bundesliga's Borussia Dortmund. Over the course of a couple season, Hakimi quickly impressed with both his defense and his ability to assist and score. In 54 appearances, he notched seven goals and 14 assists, drawing the attention of a number of big European teams. In 2020, he signed with Serie A's Inter. Again he scored seven goals and added 10 assists in 37 appearances before joining Kylian Mbappé, and Leo Messi in the French capital. So far he has played 46 times for PSG and has seven goals and 11 assists.

On the international level, Hakimi has been a key part of Morocco's national team since the 2018 FIFA World Cup cycle, featuring in that tournament, as well as the 2021 Africa Cup of Nations, where his goal allowed Morocco to advance beyond the Round of 16, before running into Mo Salah's Egypt side. 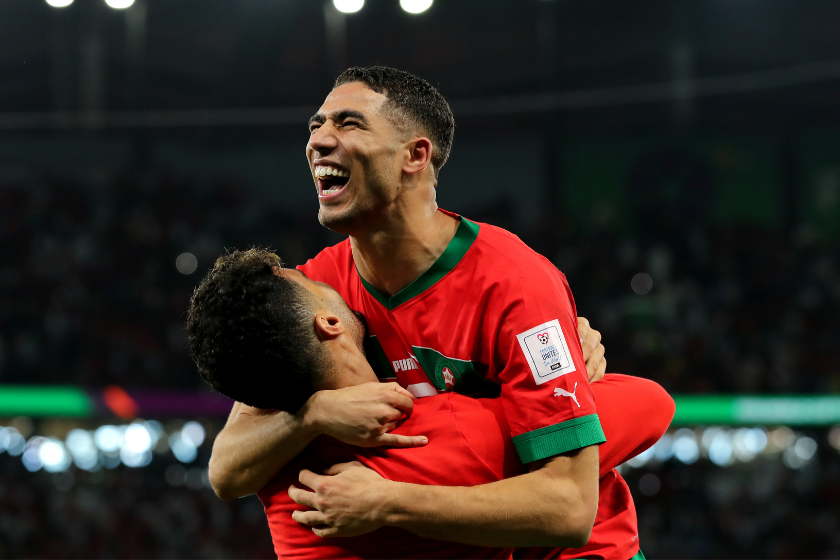 In the immediate sense, Portugal is next. Since sitting down Cristiano Ronaldo, Portugal looks to be a challenging matchup for Morocco, and it will be up to Hakimi to shut down Joao Felix, no easy task. But if there is anyone with the workhorse type mentality to run with Portuguese, it's Hakimi.

On the club level, it's hard to believe PSG would be willing to let Hakimi leave anytime soon. But that won't stop teams from trying. In particular, Chelsea of the English Premier League are likely to inquire on how to acquire the right-backs service. They are in desperate need of coverage and competition for star Reece James, especially as he has had a few injuries this year and last. They also have Hakimi's teammate Hakim Ziyech on their squad to help convince Hakimi to make the move to London, even if Ziyech is linked with a few moves of his own to the likes of Manchester United amongst others.

Regardless of what happens, there will be no taking away the nervy panenka and cheeky penguin celebration that has cememted Hakimi amongst the world top right-backs. At only 24 years old, his career is just getting started, and we should all pay close attention. Europe's top clubs certainly are.