Almost three weeks ago I previewed Group G ahead of the 2022 FIFA World Cup in Qatar. I touted Brazil as the favorites given their storied history and plethora of talent. They came into the tournament playing some of their best football. In the group stage, they took care of business as expected. Even with a loss to Cameroon in added time in the final group stage game, the squad had shown themselves to be as advertised. When the put a four spot on South Korea in 36 minutes, doing so while barely breaking a sweat, there was every reason to think that they'd be hoisting the Word Cup trophy on December 18th. But Croatia, their opponent in the quarterfinals, had different ideas.

Unlike the Brazilians, the Croatians had to battle through the group stages. Apart from a 4-1 victory over a disappointing Canadian team, the Croatians proved to be a stubborn and resilient squad determined to fight until the final whistle. They ended up with 0-0 draws against Morocco and Belgium to finish 2nd in the group stage, and held strong with a Japan team that had raised some eyebrows by winning their group (a group that included Spain and Germany), defeating them in penalty kicks in the quarterfinals.. They were drawing upon their experience reaching the final in Russia, where they fell to France by a 4-2 score. They would be prepared coming into the match.

Regulation Doesn't Get It Done 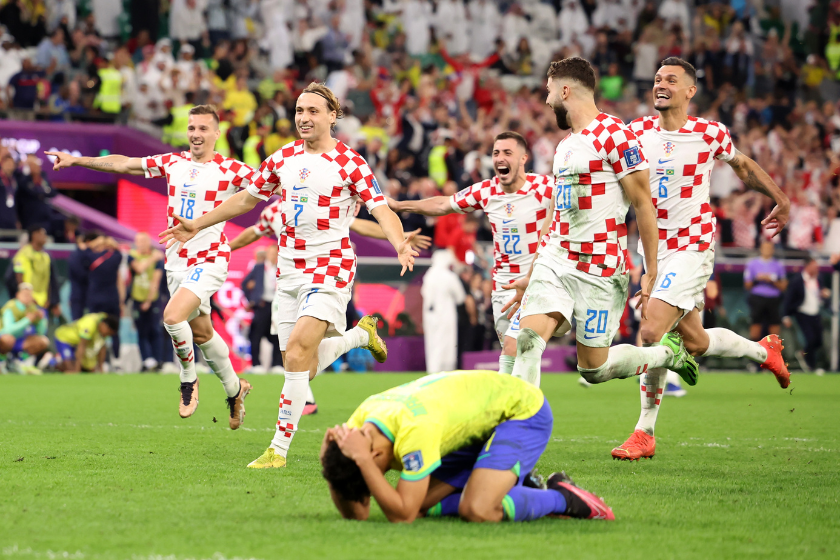 The match itself was enjoyable as a neutral - a back and forth affair as both squads poked and prodded looking for opportunities while not opening themselves up for a counter. Brazil, as expected, peppered the Croatian keeper, Dominik Livakovic, whose biggest saves were yet to come. At times, the Brazilians looked unsure of themselves, leaving Croatia with the occasional opportunity in the first half, which ultimately ended tied at 0-0. The second half began with the same sets of players on the pitch for both sides. Who would blink first? We didn't have to wait long to find out, as Brazil made two changes early in the second half. Antony came on for Raphinia and Rodrygo would replace Vinicius Junior. With every minute that ticked off the clock, Brazil stepped up the pressure, but ultimately the Croatians kept a clean sheet to force extra time.

The first 15 minute period was more of the same, with Brazil continuing to press. Croatia essentially abandoned any serious attempts to attack, instead bolstering their defensive posture. It would finally break down in the 106th minute when a lovely bit of passing from Brazil would see Neymar through on goal. He would push the ball beyond the keeper and bury it into the top of the Croatian net. Bedlam ensued as the whole of Brazil seemed to exhale in a mix of relief and unbridled joy at the breakthrough. The first period drew to a close and Croatia would have to once again dig deep if they were going to get back into the match. In the 117th minute Croatia sent a ball down the left flank that Mislav Orsic crossed into the middle near the top of the penalty box. Bruno Petkovic struck the ball with his left foot and, after a deflection off the Brazilian defender, the ball found the back of the net to the right of Allison Becker - Croatia were level! A few minutes later, we were headed to penalty kicks. 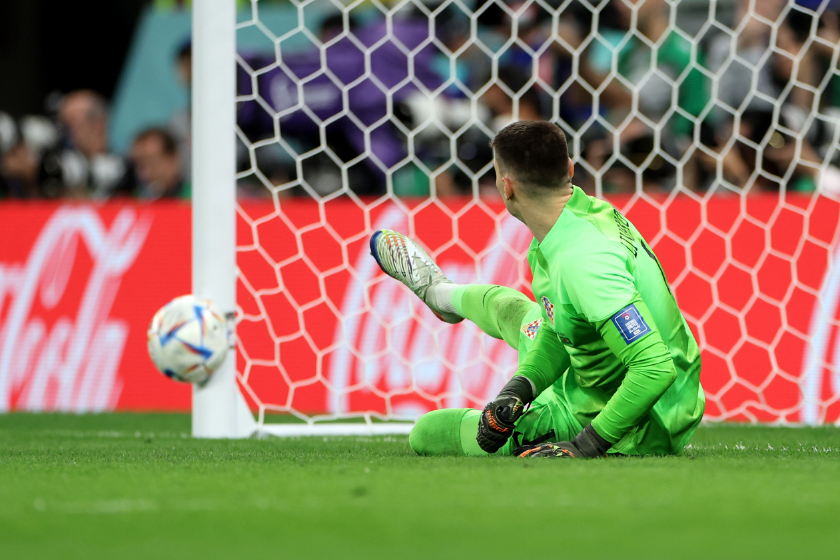 Tension was high and nerves were on edge as Vlasic opened the shootout by burying one past Allison. Rodrygo stepped up for Brazil to take their first penalty kick of the shootout. He would strike an underwhelming ball which Livakovic stopped with relative ease. The Croatian keeper had been locked in throughout the match, and his save immediately gave the edge to Croatia. The teams would trade goals back and forth until it was 4-2 Croatia. Marquinhos stepped forward for Brazil, needing to score to keep their hopes alive. Then, this happened:

DOINK! The Brazilian dream was over. For the 4th time in the last five FIFA World Cups, Brazil were eliminated. Croatia - a country of roughly 4 million, had slayed the mighty Brazilians - the #1 ranked team in the world. A country of over 216 million whose reputation is synonymous with soccer at an elite level, had fallen yet again. Their World Cup Champion drought will continue, while Croatia will await the winner of the match between Argentina and the Netherlands in the semi-final. The twists and turns of this most unique of World Cups continue!