Neymar, one of the best players in the world, has led Brazil into the Quarterfinals of the 2022 FIFA World Cup 2022 in Qatar as they look to win their 6th World Cup Championship and their first in 20 years.

Brazil punched its ticket to the World Cup Quarterfinals by winning Group G, beating Serbia, and Switzerland, and defeating South Korea 4-1 at Doha's Stadium 974 in the Round of 16. Brazil's only loss in the group stage came in the final game against Cameroon after they had first place all but locked up. Brazil took a commanding leading in the first-half against South Korea that proved unsurmountable.

Neymar has played in only 2 of Brazil's 4 games so far in this World Cup. Neymar suffered an ankle injury in Brazil's opening match against Serbia when a tackle by Serbia's Nikola Milenkovic cause him to re-insure his right ankle. He missed the final 2 games in the group stage against Switzerland and Cameroon before returning for the Round of 16 victory over the South Korean side, notching a goal and an assist and sending the Brazilian's to the Quarterfinals.

Next Up 2018 World Cup Runner-up Croatia 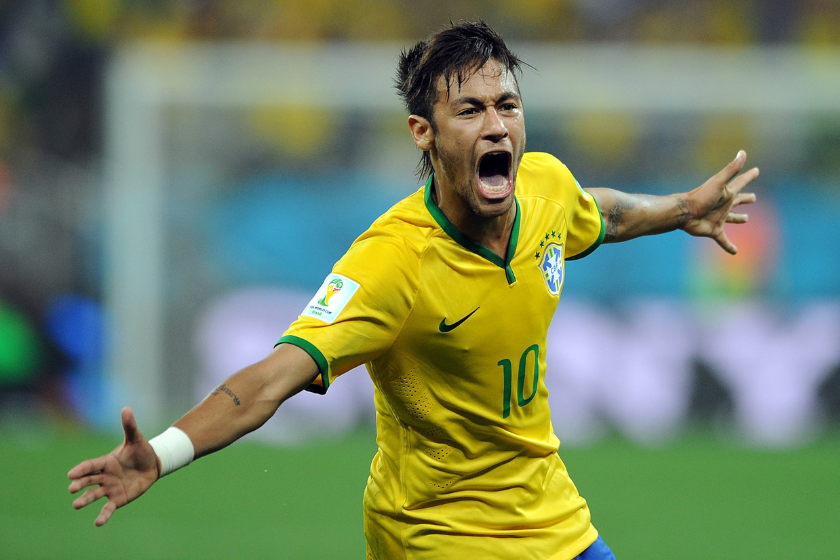 Croatia didn't win Group F losing out to the Cinderella of the tournament Morocco after their Round of 16 upset over Spain, however, the 2018 World Cup Runners-up should prove a formidable opponent for the Brazilians.

Croatia earned their spot in the Quarterfinals by beating Japan 3-1 on penalty kicks. Brazil has never lost in four international games vs Croatia. The 2014 World Cup was the closest Croatia has ever gotten to beating Brazil, they took an early lead in the first match of the tournament. A 71st minute penalty kick by Neymar gave Brazil the lead they would not relinquish.

Neymar has scored three goals in his last two appearances vs Croatia. In the 2014 World Cup vs Brazil the lone Croatian goal, an own goal by Brazil's Marcelo, leaves Niko Kranjcar as the only Croatian to ever score against Brazil in international play. That goal came 17 years ago in an International Friendly that ended in a 1-1 draw.

Despite all this, Croatia gives Brazil its toughest World Cup match this tournament. Coach Tite will have to have his squad prepared as Croatia has the ability to keep games close into their late stages. Including its win over Japan, Croatia's last four World Cup wins in the knockout rounds have come in extra time or penalty shootouts. Brazil lost in the Quarterfinal round in 2018 against Belgium. 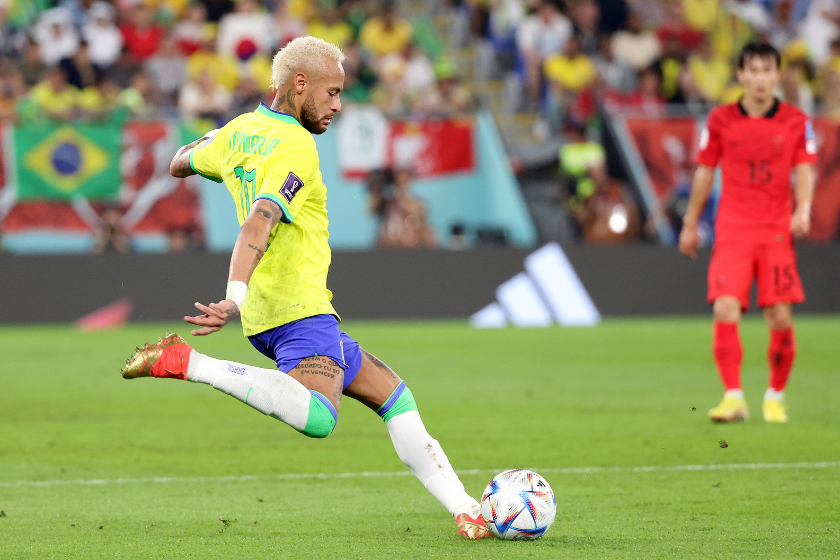 With his converted penalty kick in the 13th minute of the Round of 16 victory over South Korea, Neymar, with 76 international goals for Brazil, has drawn within one of Pele's record of 77, which is the most ever scored for the Brazilian National team. Neymar just needs one goal to tie the record and two goals to become Brazil's all-time leading scorer.

Pele is rooting for Neymar to break his record. Arguably the greatest footballer in history, Pele said of Neymar on social media back in June. "Every time I see this boy, he is smiling. It is impossible not to smile back. It is contagious. I, like many Brazilians, am always happy when I see him playing soccer,"

The 82-year-old is rooting for his country from a hospital bed as he battles colon cancer. He shared a picture on Instagram of himself ahead of the 1958 World Cup as an inspiration to his country's team.

Said Neymar after the team's victory against South Korea and his 76th international goal, "It is difficult to talk about what Pele is going through, but I wish all the best for him."

Neymar Hints this May be his last World Cup 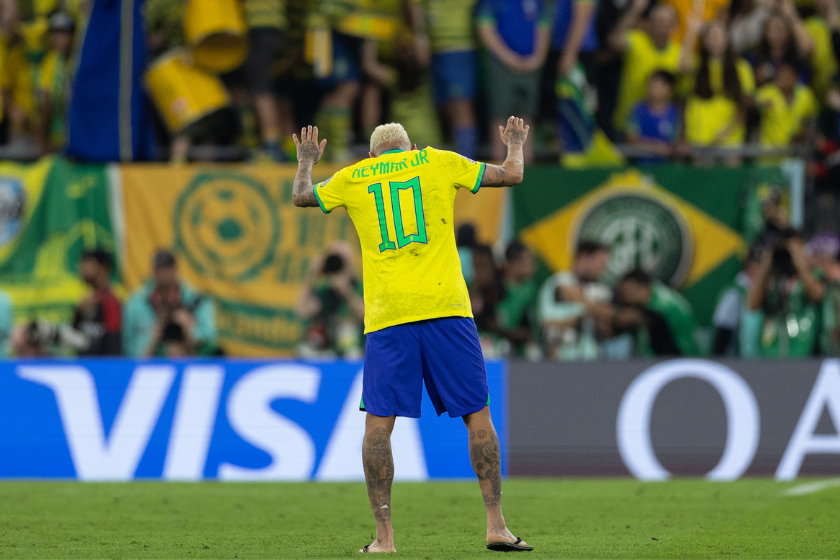 Neymar has hinted that the 2022 World Cup in Qatar may be the last for the 30-year-old striker, telling ESPN in November. Neymar has played his last two World Cups under the coaching of Tite.

What looms on the horizon for Brazil is a potential collision course with France if they can make it to the final - going up against teammate and potential World Cup Golden Boot winner Mbappe on the international stage for the first time. He'll be hoping they can win the midfield battle and prevent going deep into extra time to penalties, putting the pressure on goalkeeper Alisson Becker to close up shop and the likes of Richarlison, Thiago Silva, Marquinhos, or Casemiro to perform from the spot.

Despite his many decorations, Neymar is still trying to win his first major title with the Brazilian National team. This is third World Cup. He joins the likes of other high-profile footballers Argentina's Lionel Messi and Portugal's Cristiano Ronaldo who are also trying to leave Qatar with their first World Cup Championships.