Brazilian soccer phenom Neymar da Silva Santos Júnior is your traditional Brazilian soccer superstar. He only goes by one name, just like Ronaldo, Ronaldinho and Pele before him. For fútbol fans the world over, Neymar has been synonymous with excellence for a decade.

His name is also synonymous with flopping, an unfortunate by-product of how he plays. But if you can look past his acting, you see a man born to play the beautiful game. He has an affinity for beauty that extends far beyond the pitch. The million-dollar striker has dated models from all over the world. Neymar has played everywhere. He's scored goals for club, country and himself while dating more Instagram models than Justin Bieber.

Both Beiber and Neymar are brash, tattooed, undeniably talented and incredibly divisive. Ah, to be a young star. Neymar is living large and making his name bigger everywhere he goes.

A quick look at his career history will help explain his illustrious dating history for those who are unfamiliar. 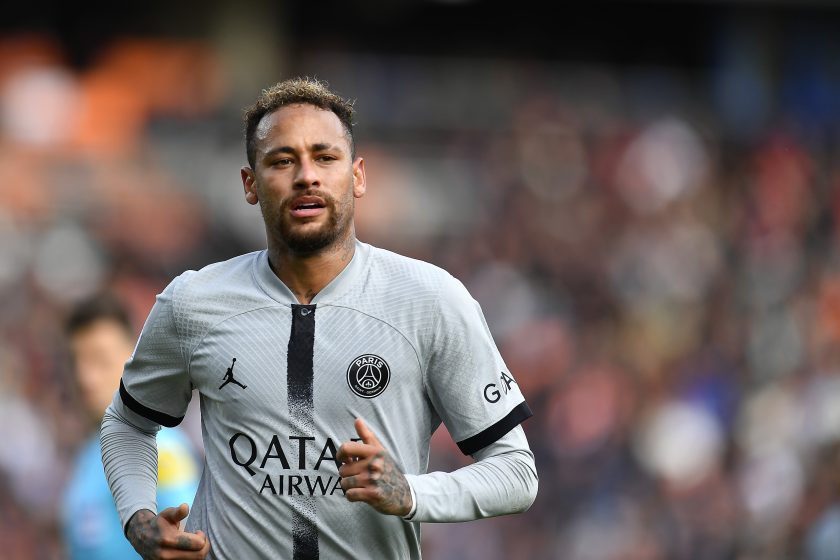 Neymar is a very influential Brazilian athlete. His celebrity is overlooked here in the United States, but Neymar is well-known worldwide. At 30 years old, the wunderkind has won the Brazilian league with Santos, UEFA Champions League, the Spanish La Liga, The Treble with Barcelona, and Ligue 1 with Paris-Saint Germain.

Neymar is no stranger to controversy, however, and is famous in America for flopping with the Brazilian team in World Cups. What a shame. Neymar digs his own grave with his reckless flops -- he has become the boy who cried. But anyone who has seen Neymar play at full pitch knows that he can take over any game at any time.

Neymar stands out amongst the best players in the world, including Lionel Messi, Cristiano Ronaldo, Luis Suarez, Angel di Maria and Kylian Mbappe. The Brazilian has won a long list of honors, including the Brazil Golden Ball, two South American Footballer of the Year awards and a Ligue 1 Player of the Year.

When Neymar left Spain and Barcelona for Paris Saint-Germain (PSG) in 2017, his decision sent shockwaves through European football still felt to this day. He brought the Qatari-bought PSG back to prominence last year in 2020, culminating in a Champions League Finals loss to the German blitzkrieg machine known as Bayern Munich.

Despite rumors that Neymar might jump ship to a Premier League club like Manchester United or Liverpool, the Brazilian superstar signed a four-year deal to remain a Frenchman till 2025.

Like his ban from Twitch (he's back now), fans will welcome the PSG star back again and again as long as he can produce results. There is no reason to believe Neymar will slow down anytime soon, except maybe for off-the-field issues.

In May 2021, Nike cut their lucrative contract with Neymar over sexual assault allegations. A Nike employee claimed Neymar tried to force her into oral sex in a New York City hotel room in 2016. According to Nike, Neymar won't participate in their internal investigation.

Nike's internal investigations remain inconclusive, but the corporation has seen enough evidence to cut ties with Neymar. (Neymar and Nike were nearing the end of an 11-year endorsement deal averaging $10 million a year.) He and his lawyers vehemently deny the claims. He then signed with Puma shortly after.

Before the Nike incident, Neymar was once accused of rape by fellow Brazilian Najila Trindade. However, she has since been charged with extortion and fraud. The story is still developing as of November 2022. However, if the allegations prove true, the scandal will indelibly stain his legacy.

But will it slow down his dating life? I suppose anything is possible.

Neymar's Most Recent Girlfriend is a Brazilian Influencer

Ask any La Liga, Ligue 1 or Premier League defender -- it is hard to know where Neymar will go next.

The elusive striker is even more challenging to pin down off the pitch. It's unclear is he's dating anyone right now, but he was last rumored to be dating Brazilian influencer Bruna Biancardi. However, the two reportedly split in 2022 amid cheating allegations.

Neymar was also rumored to have dated Croatian-Cuban model Natalia Barulich before that. "Neytalia" fanned the flames by appearing on magazine covers and posting to social media together.

All this, to the chagrin of Maluma.

For those who don't follow the Latin Grammys, Maluma is a Colombian rap, reggaeton, and house musical artist. Maluma has made songs with The Weeknd, and his beats are all-around popping.

Natalia met Neymar while Maluma performed at a birthday party for Ney. Natalia was dating Maluma at the time. Neymar slid in to the DMs like a late slide tackle after they broke up. Maluma was incensed, begging for a red card. No such card was shown, so Maluma wrote this song instead:

Banger. "Natmar" appears to no longer be a thing. Just like Natalia, Neymar has semi-famous exes. Neymar rarely sits on the bench, but does keep some reserves on the sideline. 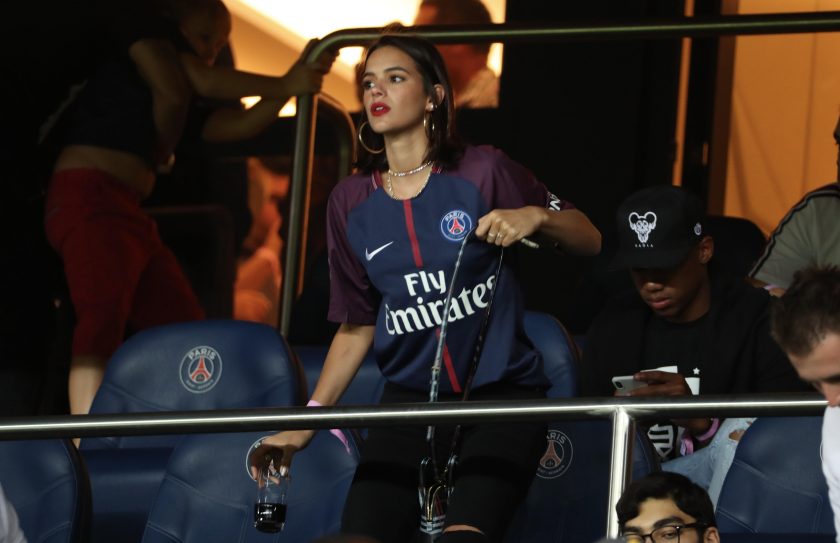 Bruna Marquezine at a PSG match in 2018. (Photo by Xavier Laine/Getty Images)

The Brazilian football player is one of the greatest goal scorers in Brazilian history. However, his prowess extends beyond the pitch. The forward hooks up with more beautiful women than Playboy, which is precisely what Neymar is.

His most well-known ex-girlfriend is Brazilian model Bruna Marquezine. "Brumar" dated on and off from 2012-2018, breaking up four times in total.

Like most Brazilian couples, he met his soon-to-be-girlfriend Bruna Marquezine at Rio Carnival. Though they met in their home country, and their relationship soon went international. Neymar's soccer career required him to be in Europe, while Marquezine's required her to remain in Brazil. 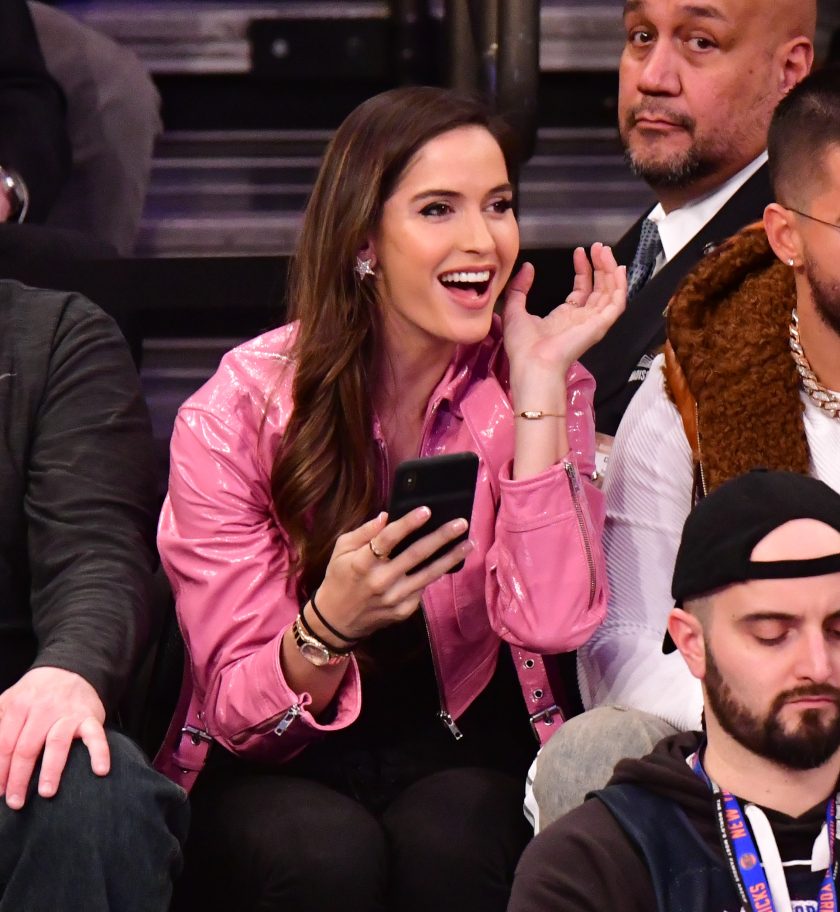 They couldn't last, and she is far from the only model Neymar has dated since 2012. Except for Carolina Dantes, mother of his son Davi Lucca and woman tattooed on his arm, Neymar's dating history is filled with one-touch strikes, best digested in the form of a lust, er... list.

Calling international goal scorer Neymar a Playboy is no stretch of the defense. But if recent allegations against Neymar are credible, then his private behavior with females is indeed indefensible.

Neymar is one of the wealthiest athletes in the world, with a net worth near LeBron James. The way he plays fútbol and lives his life is both a symbol to millions worldwide. Despite his annoying tendency to flop, there are times when Neymar is undeniably the best player on the field. Better than Messi and Ronaldo, better than Pele and Maradona.

Neymar has always gone big, and his style on the soccer field has always carried over to his dating life. By this time next year, Neymar will still be scoring goals for PSG. But he'll likely have a brand new model by his side.