Four matches into the 2022 FIFA World Cup in Qatar, Argentina has seen some mixed results. After kicking off their campaign with a 2-1 loss to Saudi Arabia, the South American outfit needed to get their metaphorical ducks in a row. The Argentine National Team has been defined for the better part of two decades by one name - Lionel Messi. As the La Liga legend edges closer to hanging up his boots, the question becomes who will be that "go-to" for the CONMEBOL side?

Julián Álvarez Would Like To Throw His Hat in the Ring 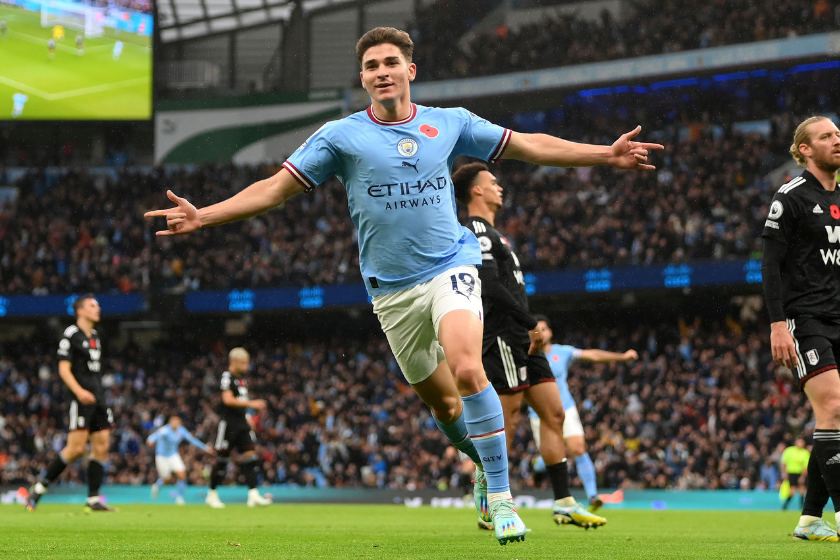 Having begun his professional career in Liga Profesional Argentina with River Plate, Julián Álvarez is hoping to follow in Messi's footsteps as much as possible. Of course, any self respecting footballer would want to do the same. Who wouldn't want to be part of the modern day equivalent of the Messi versus Portugal's Cristiano Ronaldo debate?

There are, of course, many differences between them. Álvarez came from River Plate, while Messi spent his youth at Newell's Old Boys before moving to Barcelona. Instead of heading to La Liga, the 22-year-old striker found his way to Manchester City of England's Premier League. However, they both will have had the ability to develop under the tutelage of Pep Guardiola - arguably one of the top football managers of all time.

Chelsea and Liverpool will likely wish they could have convinced Álvarez to put pen to paper with them, but playing for Pep is hard for someone to pass up. And, while he has made 12 appearances for City across all competitions, the starting job up top belongs to team-mate Erling Haaland. However if they find their way on to the pitch at the same time, and defensive studs such as Croatia's Jo?ko Gvardiol find their way to the blue side of Manchester as well, that team is going to be scary.

They're a replacement for midfield stalwart Kevin De Bruyne - Jude Bellingham anyone? - away from being a terror for many years to come. Maybe this next-gen City, led by Álvarez, Haaland, and whoever else joins can finally lift that elusive UEFA Champions League trophy.

Showing Up For His Country 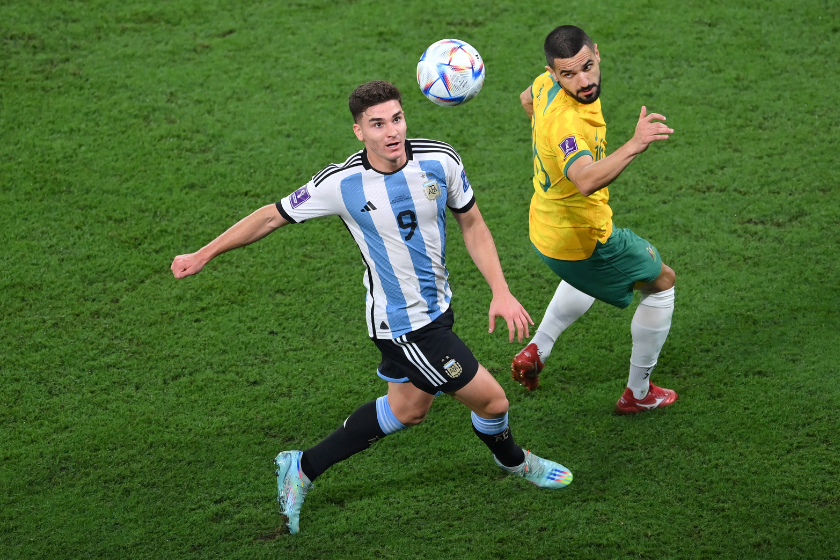 In addition to playing for Pep, there's one big, or maybe small is the right word, comparison between Álvarez and Messi. They both stand a towering five feet seven inches tall. While that doesn't provide the same disadvantages as it would in basketball, being on the shorter side as a striker is certainly a challenge. And yet, it has not stunted either of their careers.

Álvarez has two goals through four matches so far in this World Cup. While he stayed off the scoresheet against the Saudis and Mexico, he found the back of the net against Poland in the final round of the group stage, and what turned out to be the deciding goal against Australia to book Argentina's ticket to the quarterfinals.

Of the seven goals scored by Argentina, Messi and Álvarez have accounted for five of them. Waiting in the wings now stands the Netherlands and their young phenom Cody Gakpo. Can Argentina's tiny strike force slip past Dutch giant Virgil van Dijk?

Will he start to storm onto the scene much like Kylian Mbappé did in 2018 for France? If he can rack up those goals along with some assists for his fellow countryman and hero, there's no reason that Julián Álvarez can't force his way into that conversation.

I suppose the 2024 Copa América will be when we really learn the answer to the burning question - is it time for Julián Álvarez to take the Argentine torch?