For Argentina captain Lionel Messi, and his Portuguese counterpart Cristiano Ronaldo, the 2022 FIFA World Cup in Qatar will mark the players fifth chance at a World Cup title. The 5-foot-7 Messi once again leads Argentina in what will perhaps be his final World Cup. He fell one goal short of World Cup glory in 2014. Could 2022 in Qatar be the proper swan song for one of the greatest footballers to ever walk onto the pitch? We have compiled a list of his five best world cup moments. A list he is sure to add to this year. 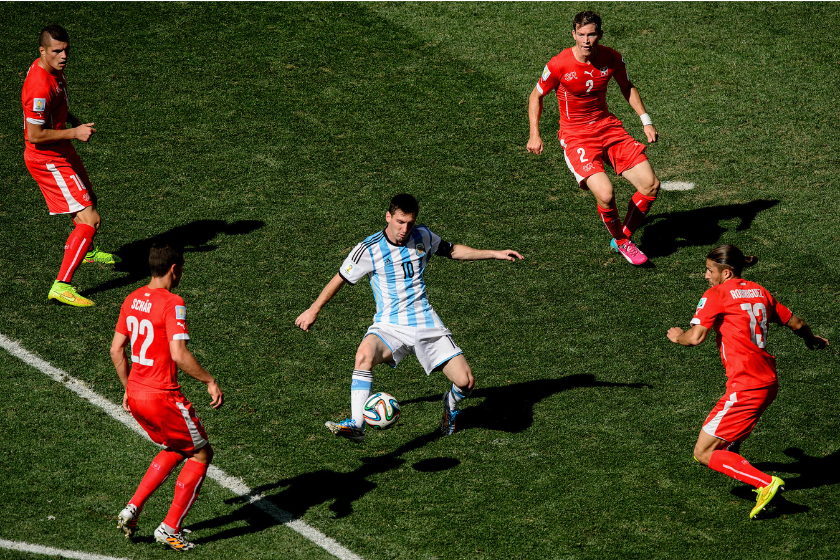 The game versus Switzerland in the Round of 16 in the 2014 FIFA World Cup saw Messi dominate, just not on the scoreboard. Messi had the Switz defense playing on their heels all game, using some nifty footwork, including a neat little flick to juke a Swiss defender. Later, he charged up the middle drawing the backtracking Switz defenders in on him and found Angel Di Maria, who buried his chance to give Argentina the 1-0 victory.

2006: A Goal and Assist in his World Cup Debut vs Serbia and Montenegro 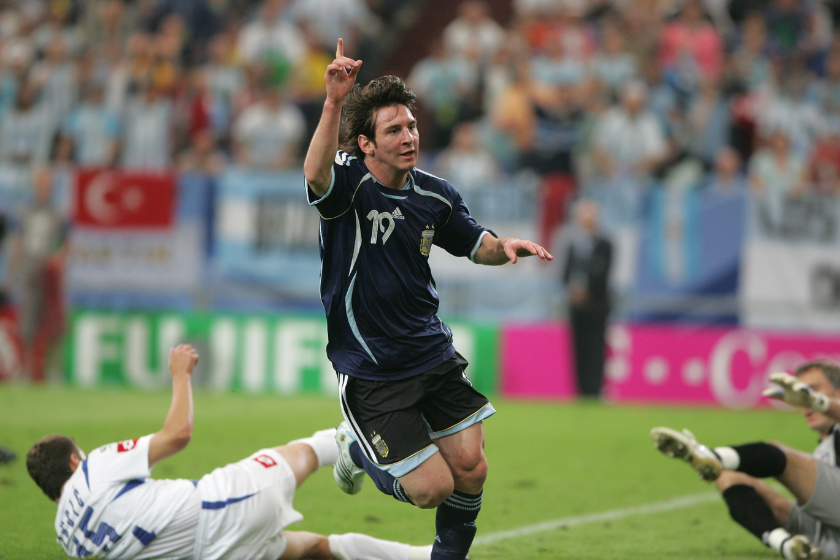 When your World Cup debut elicits excitement from Diego Maradona, it's probably a big deal. "The Golden Boy" was seen cheering in the stands when an 18-year old Messi made his World Cup debut in the 75th minute of Argentina's second group stage game vs Serbia and Montenegro. Turns out, Maradona knows his soccer because Messi quickly showed the hype was real. In just 25 minutes plus stoppage time, Messi scored a goal and added an assist in the 6-0 rout. It was a debut for the ages.

Messi got things going in the 14th minute of Argentina's final group stage game in 2018 on a long ball played in by Éver Banega. Messi controlled the pass down to his right foot and beat the Nigerian keeper on the far side. It was Messi's first goal of the 2018 World Cup, and with it he joined Argentina royalty Diego Maradona and Gabriel Batistuta as the only Argentinian players to score in three World Cups. 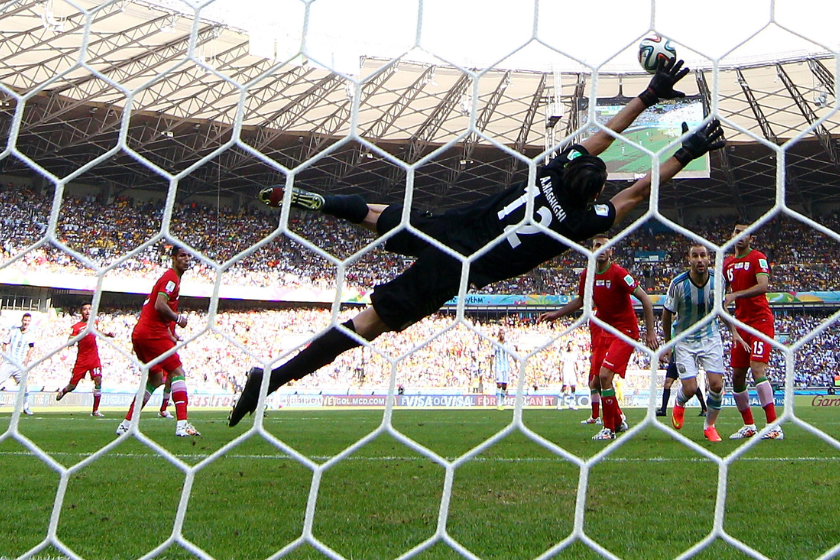 Iran put up a tough fight against Argentina in their 2014 Group Stage match, taking the would-be World Cup runners-up to the 91st minute. But as the Iranians found out in heartbreaking fashion, as long as the whistle hasn't blown, Messi is a scoring threat. Messi took his strike from just beyond the 18-yard box, and it flew beyond the outstretched arms of the Iranian keeper to give Argentina the 1-0 victory.

2014: "The Goal The World Wanted" vs Bosnia Herzegovina 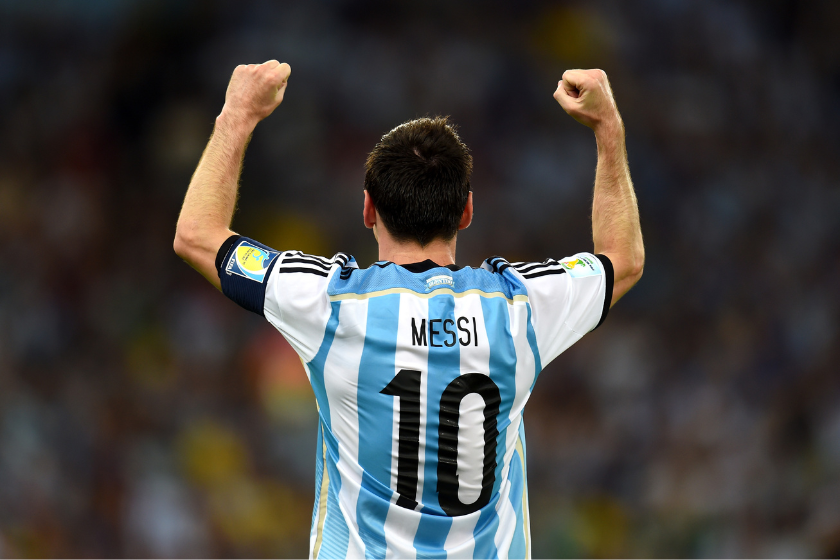 Under normal circumstances, a goal by Lionel Messi in the 65 minute of the first group stage game vs Bosnia-Herzegovina might not otherwise rank high on a list of World Cup moments. But this goal came in far from normal circumstances. That is because it occurred just one day short of eight years after his last World Cup goal. Which was his first World Cup goal in his debut game in 2006. If you're thinking, 'That can't be right?' I will save you the trouble of a Google search. Lionel Messi was held goalless across five matches in the 2010 FIFA World Cup in South Africa. Messi beating the keeper on a strike from just outside the 18-yard box in 2014 must have been a tremendous relief. It was for the fans as it was quite literally the "Goal the World Wanted."