The 2022 FIFA World Cup comes with a lot of hype, a bunch of firsts and an abundance of controversy. The pundits have had plenty to discuss since the World Cup Draw was held and the schedule was locked in. Today, let's get a closer look at Group C. The four nations comprising World Cup Group C are Argentina, Mexico, Poland and Saudi Arabia. Like some of the other groups, this will likely be a battle among three teams for two spots advancing to the knockout stage, with a fourth nation looking to defy expectations. 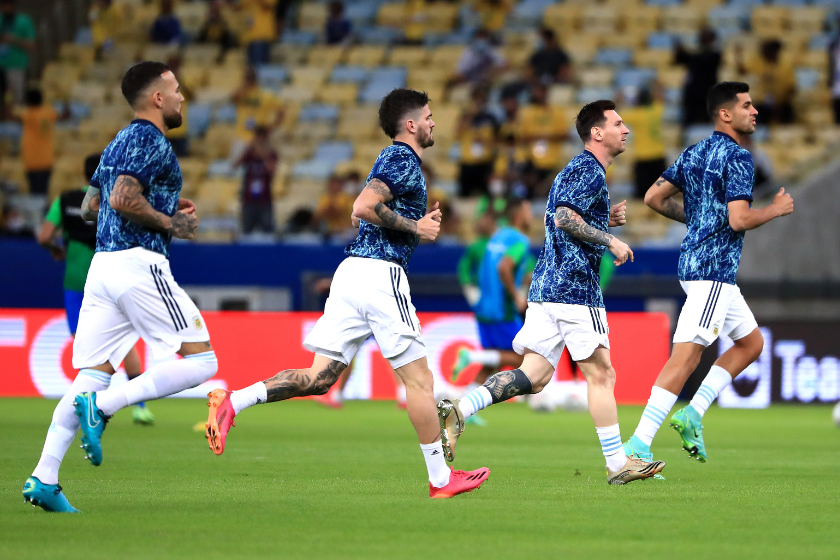 There is a long history when it comes to the World Cup and Argentina. They are one of the stalwarts in the competition, making the Finals all but four times, trailing only Brazil and Germany in all-time appearances. They've hoisted the World Cup Trophy twice, in 1978 and 1986, and are looking to climb to the top of the soccer world yet again in 2022. The biggest storyline to follow will, of course, be the play of Lionel Messi. In early October, the superstar striker announced that the 2022 World Cup would likely be his last. He leads a squad that is riding a 35-game unbeaten streak, last losing way back in July 2019. They are the current Copa America champions and qualified as the runners-up in CONMEBOL, winning 11 matches and drawing six. Coach Lionel Scaloni has the team firing on all cylinders, and they are a force to be reckoned with. 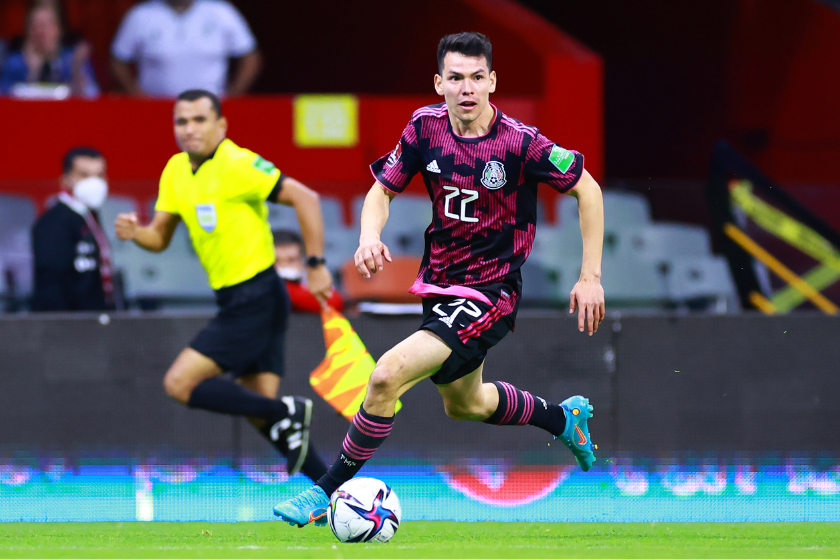 It's been a bit of a slog for El Tri of late. They've been battling injuries for some time, particularly among the strikers. Their qualifying journey was a bumpy one, marked by close matches throughout. In the end, they managed to secure a spot in the tournament by finishing as runners-up to Canada in CONCACAF. Manager Gerardo "Tata" Martino has come under scrutiny given the team's struggles in the lead up to Qatar 2022. Tactically, Mexico is a solid team that doesn't score much, but also doesn't concede often. Players like Hirving "Chucky" Lozano, Alexis Vega and Uriel Antuna will need to step up and supply whoever ends up playing up top for Mexico. They'll hope to continue a streak of advancing out of the group stage that dates back to 1978, the last time they failed to qualify for the final 16. They will have a favorable group stage schedule, closing out against Saudi Arabia, which could give them a leg up if things are close heading into the final first-round match. 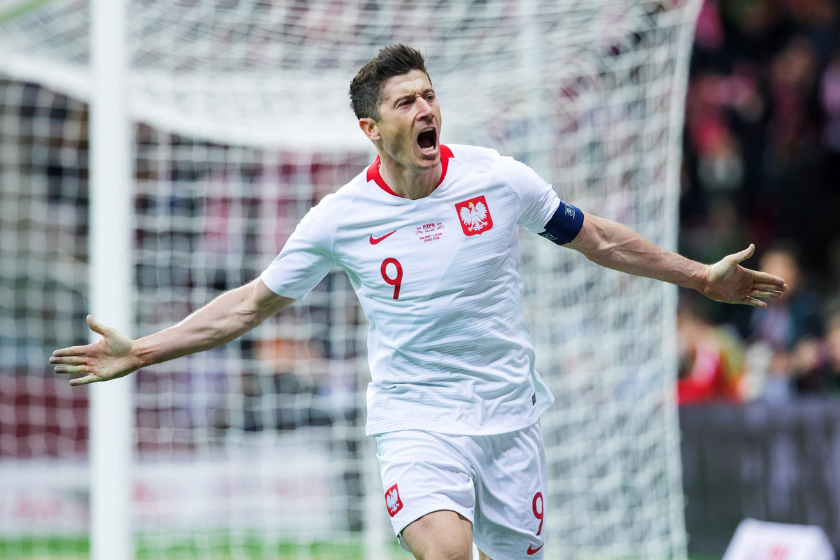 Much like Messi when discussing Argentina, there is one name that immediately comes to mind when mentioning Poland -- Robert Lewandowski. The prolific striker is looking for redemption after the 2018 World Cup in Russia, a tournament that saw Poland eliminated in the group stage. It took a 2-0 victory over Sweden in a playoff to secure their spot in Qatar, and they'll need a true team effort to advance. Goalkeeper Wojciech Szczesny, who plays in Italy for Juventus, is a stalwart at the back. Right back Matty Cash has secured his spot for Poland (his mother's birthplace) after previously representing England. Piotr Zielinski should marshal the midfield and will look to supply Lewandowksi, who has yet to find the back of the net in a World Cup for Poland. They come into the tournament having struggled of late, having won only once in their last five matches. Mexico will be their first opponent, and a result against El Tri will go a long way to potentially securing passage into the knockout round. 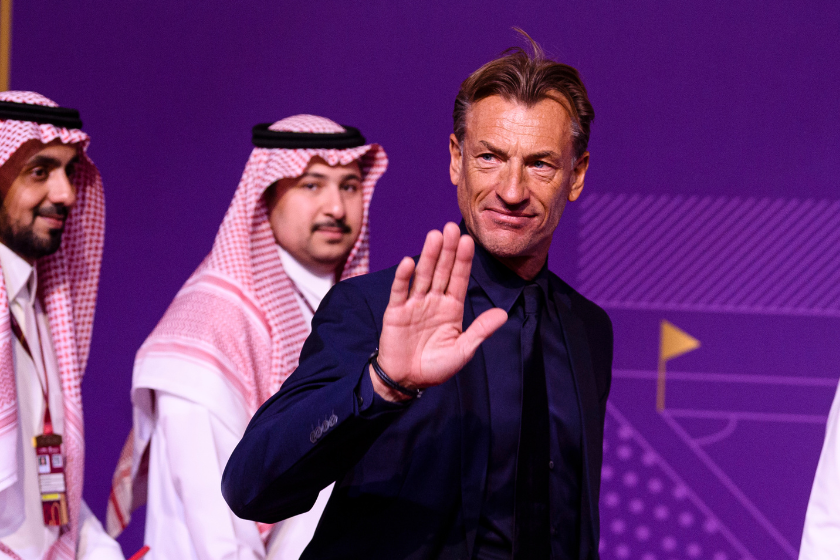 The Green Falcons of Saudi Arabia will be making their sixth appearance at a World Cup Final when they take the pitch in Qatar. Their previous best showing was back in 1994 in the United States, when they reached the round of 16. They didn't even qualify in 2010 and 2014 but returned to the competition in Russia in 2018. They failed to advance from the group stage, and in 2019 they hired Hervé Renard of France to manage the squad. Renard was Morocco's manager in Russia and is hoping to take this Saudi squad back to the knockout rounds. Their qualifying campaign was impressive, with seven wins out of ten matches in the final round to secure their spot. Among those victories were impressive showings against Japan and Australia. Midfielders Salem al-Dawsari and Salman Al-Faraj (the team's captain) will look to bolster a squad that mixes experience and youthful exuberance. The two of them, along with every other member of the team, will need to be at their best if they hope to make a statement. They've only won three of their past 16 World Cup matches. Given their opponents in the group, it will be a tall order, but an impressive accomplishment, should they find a way to advance.

As I said earlier, this group is likely a three-way race. The group will kick off play on Tuesday, Nov. 22 with the second round of matches on Saturday, Nov. 26. Wednesday, Nov. 30 will be the last chance to salvage points. The top two finishers will advance to face the qualifiers from Group D. I think Argentina is the safest bet to advance from the group given their current run of form. The Poland vs. Mexico match on Nov. 22 at Stadium 974 in the capital city of Doha could be a make-or-break match for both squads. If there is a winner in that match, they'll have the inside track toward advancement, along with Argentina, while a potential loser may find themselves finishing in third place in the group. I give the slightest of edges to Poland, though I'll probably change my mind dozens of times between now and the time the tournament kicks off. No matter how it shakes out, Group C promises to be hard-fought, entertaining and full of intrigue.

MORE: Group B World Cup 2022: England and the USMNT Headline a Tough Group B in Qatar