Soccer Player Smacks Her Dislocated Knee Back Into Place 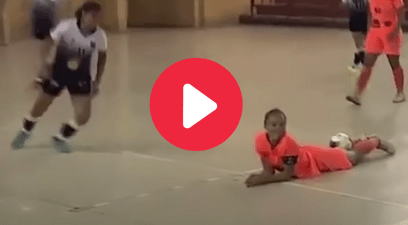 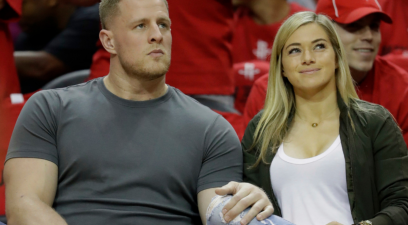 Injuries suck. Take it from someone who has experienced a rather gruesome one. They unfortunately happen all of the time, but they are something you don’t wish on even your worst enemy. What a Scottish soccer player did to keep playing, though, was unreal.

Trailing 6-0 early in the second half, St. Mirren WFC captain Jane O’Toole was still giving it her all. She wasn’t going to quit until the final whistle, no matter the score. Going after a ball near midfield definitely came with a price, however.

O’Toole suffered a knee injury on a play near the sideline, and she ultimately smacked her dislocated kneecap back into place before lying on the pitch in pain.

With such a lopsided score against Inverness Caledonian Thistle F.C., O’Toole didn’t need to stay in the game. Anyone can understand a footballer sitting out in the Scottish Cup after an injury. But she didn’t want to.

Not only did she smack her knee back into place, she actually stayed in the recent game and played the full 90 minutes. That’s some tough stuff from the St. Mirren women’s captain, indeed.

Our captain Jane O'Toole, is made of tough stuff. Just look at how she dealt with dislocating her knee during our recent game at Inverness…. you can't put a good woman down – she got back up and played the full 90 minutes ⚫⚽️🔴https://t.co/L8BLAVjmBN

O’Toole staying in for the remainder of the match is unreal. It’s one thing for the Scottish footballer to be tough, but to keep playing? Her teammates and even Inverness players had to have been impressed.

This isn’t the first time something like this has happened, but watching it will still make anyone cringe. Hopefully the St. Mirren captain doesn’t have anything like this ever happen again.

That couldn’t have felt good.

This article was originally published February 24, 2020.