As the National Women's Soccer League makes its way through the NWSL Challenge Cup, there are a couple of new reasons to be excited for the kick-off of the upcoming regular season.

Angel City FC and San Diego Wave Fútbol Club have joined as expansion teams, and they hope to make their mark on a league that is growing in both popularity and intensity. And we love a Southern California rivalry to boot. 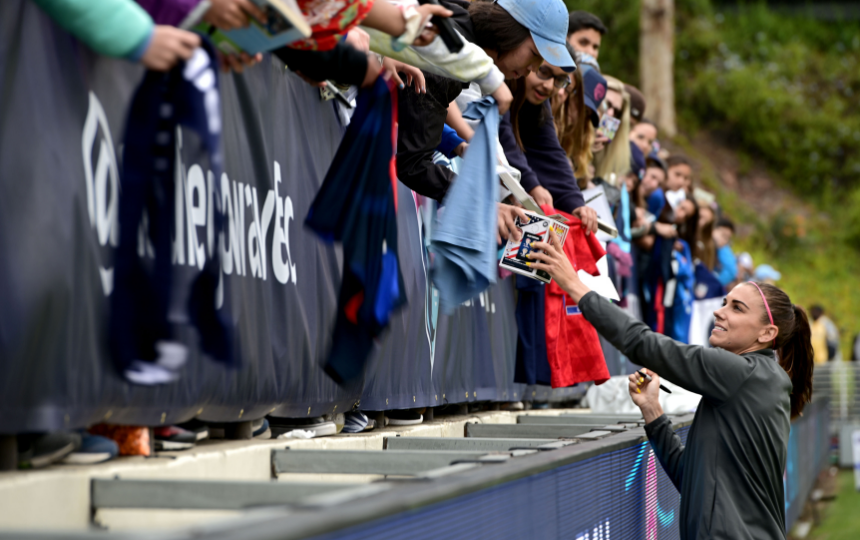 Related: Alex Morgan's Net Worth is Way Too Low For Her Stardom

San Diego Wave FC are an exciting prospect. They'll be playing their home games at Torero Stadium at the University of San Diego for the time being until the Aztecs' home, Snapdragon Stadium, opens in September of this year.

They have also stocked up on some serious talent. To start, the club is run by Jill Ellis, former United States Women's National Team head coach who led the US to back-to-back World Cup victories. Meanwhile, on the field, Casey Stoney will be at the helm. The British international played for the likes of Arsenal and Liverpool before finding her way into the top coaching job at Manchester United. With these two women come a winning pedigree.

And that will be extended onto the pitch as well. Alex Morgan and Abby Dahlkemper have won trophies, and they headline a squad that will be looking to add more of them south of Los Angeles down I-5. Morgan comes to San Diego continuing a storied career that has seen her play for the likes of Portland Thorns FC, Orlando Pride, Lyon, Tottenham Hotspur and even Seattle Sounders Women before OL Reign was a glimmer in the eye of the league. Meanwhile, Dahlkemper has spent the majority of her career at North Carolina Courage before recent stints with Manchester City and Houston Dash. These two World Cup and Olympic Medal-winning stalwarts will certainly be the lifeblood of this team. 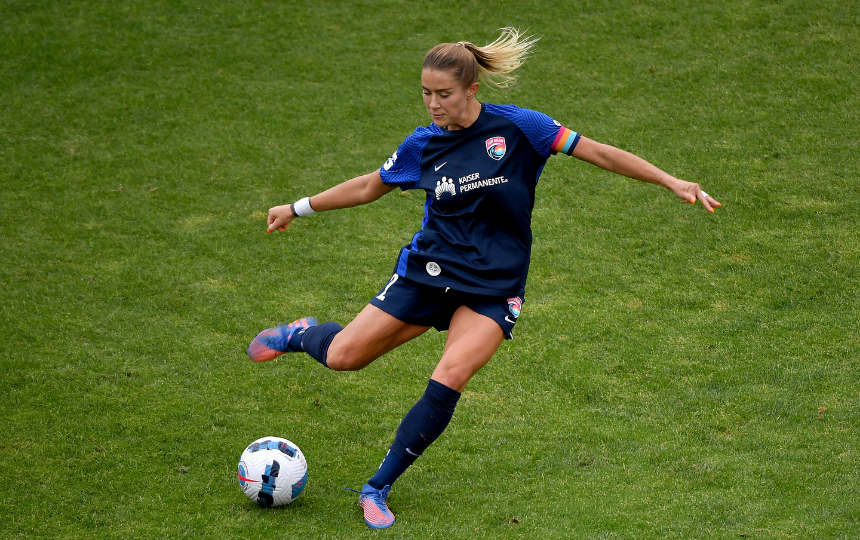 This has to be exciting news for San Diego sports fans, particularly after the Chargers betrayed them by moving to LA and the Padres season hangs in the balance much like Fernando Tatís Jr's wrist. But those shortcomings aside, The Wave has the opportunity to come in and absolutely electrify.

In addition to U.S. stars Morgan and Dahlkemper, The Wave has pried Canadian goalkeeper Kailen Sheridan from NJ/NY Gotham FC and hope she'll bring some stability to help build play from the back. Melissa Lowder will be backing her up, hoping to compete for some regular game time herself. Kaleigh Riehl will be looking to help solidify that backline alongside Dahlkemper instead of coming off the bench.

While also looking to add other types of experience, Swedish forward Sofia Jakobsson should be able to do just that. Joining San Diego Wave FC from German giants Bayern Munich, Jakobsson brings a similar resume as Alex Morgan. She's an attacking player on a national team with a proven track record. This is where The Wave should have an advantage over Angel City. They flat out have more storied experience up and down the pitch.

Then there's the excitement of draft pick Marleen Schimmer out of Grand Canyon University. The 21-year-old German midfielder will be looking to make a splash in her first season as a professional. Only 11 minutes into her debut, she delivered a killer delivery from a corner to give The Wave their first goal in history in their inaugural match. She's going to be a sight to behold, and who better to learn from than the likes of Morgan Jakobsson.

The Wave Kick Off Their Inaugural Season

Through their first two games, The Wave managed only one goal but also were able to hold their opponents to just a goal each. While they try to navigate how to build their attack, they're doing well to not let games get out of hand. And that's a great foundation for them to be able to build upon. They're already doing better than the Washington Spirit and are just about on par with how the Chicago Red Stars are looking in their group. Kansas City Current, North Carolina Courage and Portland are already looking like favorites to be playing in the final.

While grabbing one point in their first two matches into the Challenge Cup isn't the most ideal, there's still an opportunity for The Wave to emerge from their group into the semifinal stage of the competition. The playoff structure allows for some excitement leading into the regular season.

With the early chance at owning the I-5 rivalry with Angel City, and the toughness of the rest of their group in OL Reign and Portland, San Diego Wave FC will be looking to make an immediate splash with their introduction into the NWSL. Wondering how you can watch? Valid question! CBS is playing some games on their flagship station, but most of the Challenge Cup can be found on their streaming service, Paramount Plus.