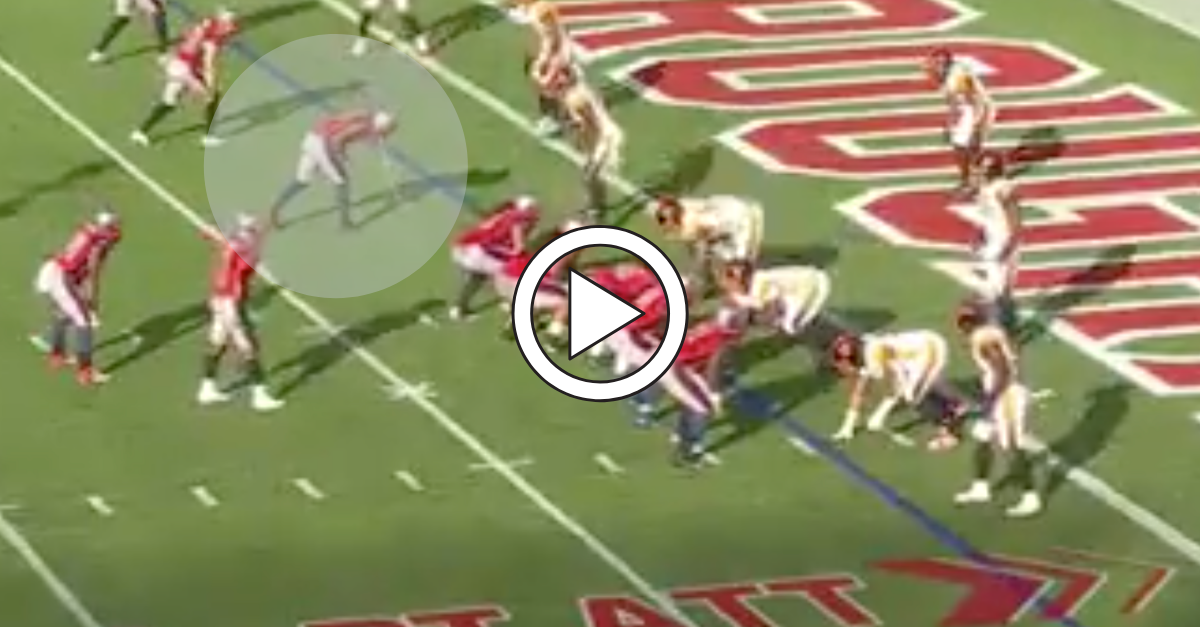 The XFL season is finally here and it?s bigger than ever. The reboot football league sure made a nice splash with fans across the country during its first weekend and it showcased a lot of promise for the coming weeks ahead. One moment seemed to define that pretty well, too.

Everything was going rather smoothly on Saturday afternoon. The Houston Roughnecks were looking to score another touchdown against the Los Angeles Wildcats. Then, suddenly, Houston wide receiver Kahlil Lewis puked on the field before the snap.

Perhaps it was first game jitters. Maybe he was winded. There could have been things to spark it, but it definitely doesn?t change the fact he had to vomit close to the end zone during his XFL debut.

Our first XFL puke. Football really is back pic.twitter.com/D5aw9qOWKd

If there is a way for people to notice and remember you, puking probably isn?t the most ideal, but it definitely worked. Lewis, who played college football at Cincinnati, created one of the top memorable moments and takeaways from the opening weekend.

This definitely isn?t the first time something like this has happened, but Houston Roughnecks receiver Kahlil Lewis has to be one of the first to do it on national television.

First puke of the #XFL !! pic.twitter.com/pd5OzV83tP

With the NFL and Super Bowl between the Chiefs and 49ers in the rearview mirror, all eyes are on the new XFL as everyone tries to learn the rules, including kickoff changes and different extra point opportunities, as well adapting to sideline interviews with a head coach in the middle of the game.

Not every XFL game was exciting, but it?s definitely something entertaining to watch during the offseason. This might be all the proof you need.