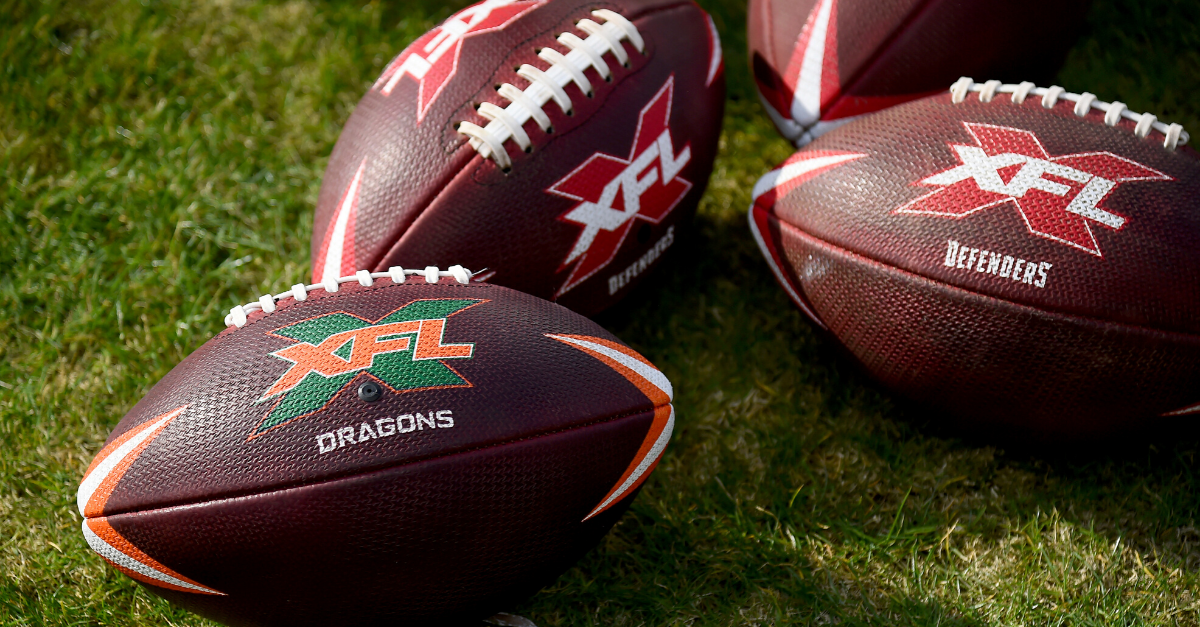 When will spring football ever catch a break?

In 2019, the Alliance of American Football thought it beat everyone to the punch. But before the AAF’s regular season even finished, majority investor Tom Dundon pulled funding and the league went under. Leagues staffers, team coaches, personnel and players were laid off overnight, leaving many stranded without help from the league.

Fast forward to 2020 when Vince McMahon’s XFL returned two decades after it’s inaugural season with plans to reinvent football like never before. Things were looking strong, too. Attendance was increasing. Play was getting better and better. Innovations to the game as NFL and college football die-hards know it made for must-see television, especially with broadcasts on ABC, FOX and ESPN.

Then, the coronavirus pandemic and spread of COVID-19 changed everything.

We’ve said thank you before. We’ll say thank you again. YOU are the reason the 2020 XFL season was so special. From the entire XFL family: thank you. #ForTheLoveOfFootball pic.twitter.com/uxDNNgnQ4j

Like all other sports around the globe, the XFL was forced to postpone its first season after only five weeks of play. The undefeated Houston Roughnecks were led by quarterback P.J. Walker, who parlayed his XFL experience into a two-year contract with the Carolina Panthers. The DC Defenders, St. Louis Battlehawks and New York Guardians were all 3-2, while the Dallas Renegades, Los Angeles Wildcats, Seattle Dragons and Tampa Bay Vipers flashed moments of huge potential.

At the time of the shutdown, the XFL remained “committed to playing a full season in 2021 and future years.”

However, Jeffrey Pollack, the XFL’s chief operating officer, said in an April 10 conference call that the league was suspending all day-to-day operations and all employees had been laid off. XFL insider Konnor Fulk tweeted that the conference call made no mention of returning in 2021, while the report from ESPN’s Field Yates and Kevin Seifert confirms the league’s future is uncertain.

According to Fulk, no questions were taken and the call lasted about 10 minutes.

The XFL has suspended all operations and currently has no plans to return in 2021, sources tell @SeifertESPN and @FieldYates. https://t.co/64GOcCL9J8

This sucks. The spring football league was filling a void perfectly for football fans. Yes, many are going to argue that this termination was financial or skill-based or blah blah blah. The truth of the matter is that the XFL found itself in the midst of a global pandemic, and as a result, hundreds of people are not out of work with no clarity on exactly what happened, why now, and what’s next.

There is hope for a return, but firing everyone doesn’t make it seem very realistic. There are more questions than answers right now, but more will likely arise as this story unfolds.

This article was originally published April 10, 2020.

UPDATE (April 13, 2020): A league spokesperson informed TMZ Sports that the XFL filed for Chapter 11 bankruptcy after reportedly facing “tens of millions in revenue” lost due to the coronavirus pandemic.

From the XFL spokesperson, via TMZ:

“Unfortunately, as a new enterprise, we were not insulated from the harsh economic impacts and uncertainties caused by the COVID-19 crisis.”

“Accordingly, we have filed a voluntary petition for relief under Chapter 11 of the U.S. Bankruptcy Code.”

“This is a heartbreaking time for many, including our passionate fans, players and staff, and we are thankful to them, our television partners, and the many Americans who rallied to the XFL for the love of football.”

XFL employees were paid in full through April 12, according to TMZ. XFL head coaches Bob Stoops, Mark Trestman, Jonathan Hayes and Winston Moss were among the creditors named in the petition.