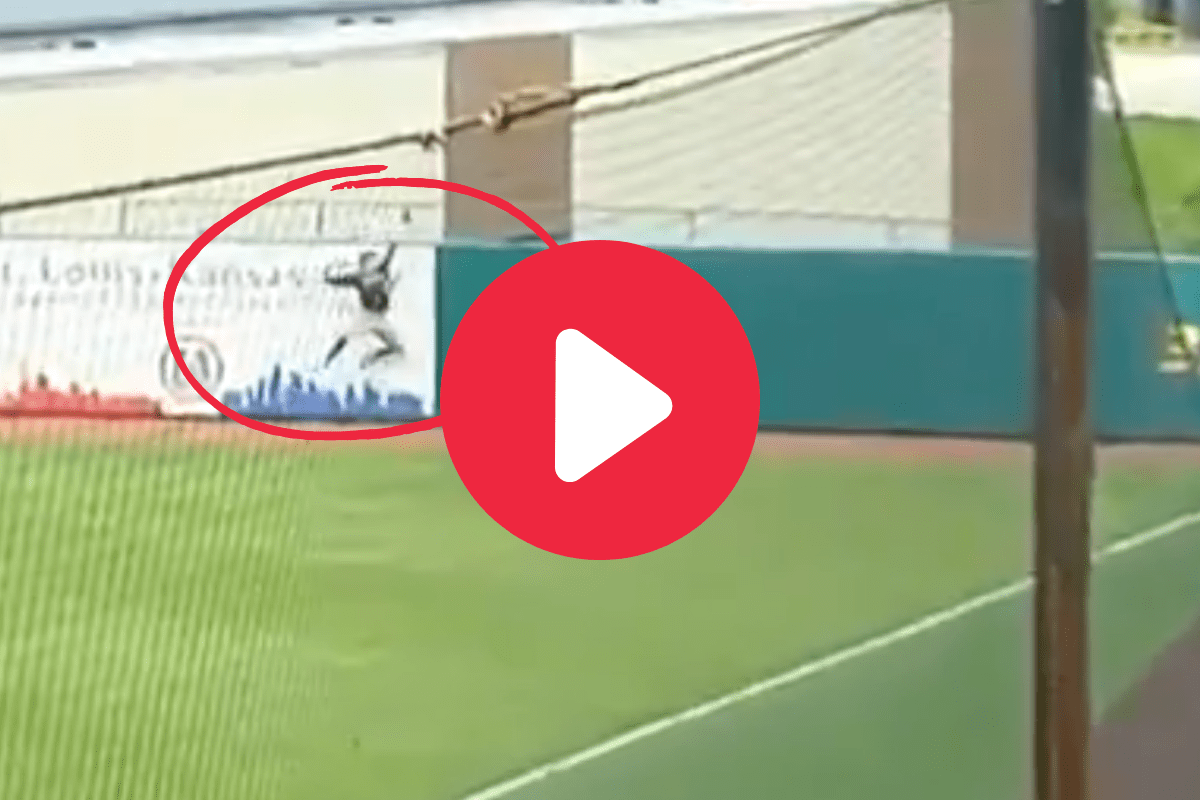 When Auburn‘s Bryson Ware transferred to the Tigers from Pearl River Community College, head coach Butch Thompson was quoted saying he was a “guy that has a lot of springs and coils.”

Butch isn’t a fortune teller, but he was spot on with that analysis. Ware is a talented athlete who proved those spring and coils have been oiled well by the Auburn coaching staff throughout the season.

In Auburn’s regular season finale against Missouri, the right fielder made one of the better catches Auburn fans witnessed in 2021.

Auburn took a 3-0 lead into the bottom of the sixth inning on Saturday in Columbia’s Taylor Stadium. Joseph Gonzalez entered in relief of a struggling Peyton Glavine looking to keep Missouri at bay after scoring a run.

Mizzou’s Mark Vierling crushed a ball to right field that had carry. Bryson Ware, however, denied him by shuffling back to the wall and robbing the potential three-run home run.

“Into the corner on the move. Ware, he jumps and he makes a terrific catch!” the announcer said.

Someone needs to call up Bo Nix and Bryan Harsin to get this kid a tryout. If he can make a catch like this while taking a hit from a wall, maybe he can run a slant route in traffic.

There’s no doubt Ware reached over the wall to bring that long ball back. While Ware was able to prevent a home run, Missouri still tied the game at 3 in the inning after the spectacular catch.

Auburn went on to lose the regular season finale, 6-7. Still, the Tigers went home victorious after taking two out of the three-game series.

That wasn’t the first homer Ware has robbed, either:

The Tigers take on Ole Miss in the SEC Tournament, where hopefully Bryson Ware can make more catches like this.