The “Auburn Creed” is a Motto Every Tiger Lives By 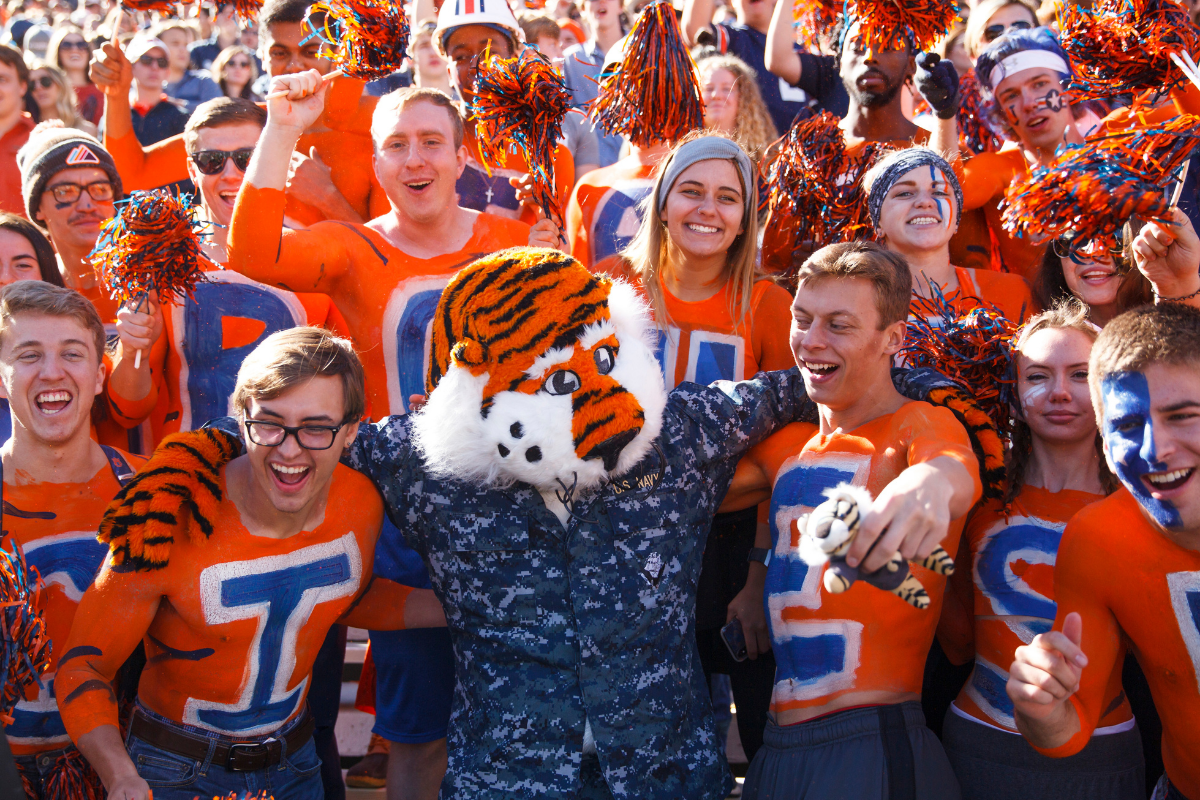 When looking at what a university stands for, there is no better way to find out than by reading the school’s creed. That stands true for Auburn University.

The Auburn Creed is supposed to “encapsulate the college’s spirit.”

When it was written in 1943 by a long-time professor, it was done to perfection for the school and is still relevant for the Auburn Tigers today.

It is often difficult to get the feel for a campus in a short amount of time, so it made sense that the man who wrote the creed had been around for quite a while.

In 1943, George Petrie had been a professor and administrator for the university for 53 years and even started the Auburn football program.

No one would be able to encapsulate the college and Auburn family like he did. No one knew the campus sites such as Samford Hall or the Jordan-Hare Stadium like he did.

Petrie was a professor of history who attended the University of Virginia beginning in 1883 and left with a Bachelor of Arts degree and Master of Arts in 1887. He completed his PhD in 1891 at Johns Hopkins University and took a position at the Agricultural and Mechanical College of Alabama.

It wasn’t long after arriving to The Plains that Petrie brought his new-found love of football to the campus. He organized a team and coached Auburn’s first football team during the inaugural season, traveling to Atlanta to play the University of Georgia in their first game on February 20, 1892.

They beat the Bulldogs, 10-0. They would play a total of four games during the first college football season, winning half of them.

Alhough he would step down as the coach before the start of their second season due to his duties as a teacher, he had much more to offer Auburn over the next half century.

After a long career at Auburn, and though he never actually got to see the school dawn the name Auburn University, Petrie wrote the creed about a year and a half after retiring from his position as a professor and administrator.

I believe that this is a practical world and that I can count only on what I earn. Therefore, I believe in work, hard work.

I believe in education, which gives me the knowledge to work wisely and trains my mind and my hands to work skillfully.

I believe in honesty and truthfulness, without which I cannot win the respect and confidence of my fellow men.

I believe in a sound mind, in a sound body and a spirit that is not afraid, and in clean sports that develop these qualities.

I believe in obedience to law because it protects the rights of all.

I believe in the human touch, which cultivates sympathy with my fellow men and mutual helpfulness and brings happiness for all.

I believe in my Country, because it is a land of freedom and because it is my own home, and that I can best serve that country by “doing justly, loving mercy, and walking humbly with my God.”

And because Auburn men and women believe in these things, I believe in Auburn and love it.

The Auburn Creed is one of the first true traditions for the university. It came before Toomer’s Corner and the Tiger Walk. And though it doesn’t have the sexiness of being tied directly to the football program on game-day like the War Eagle, it is just as important for any person with ties to the school, from current Auburn students to Auburn alumni across the United States.

The Auburn Creed preaches the importance of hard work, knowledge, and being a genuinely good person who wants the best for all people and believes Auburn men and women believe in all of those things.

Whether it is during an NCAA football game like the Iron Bowl, or just in every day life, the creed resonates with all Tigers.