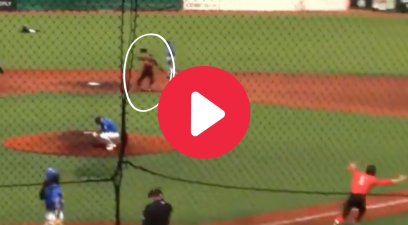 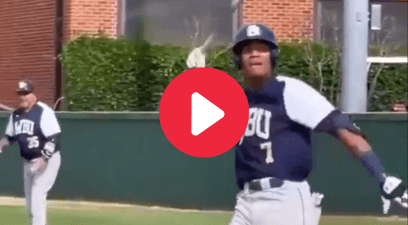 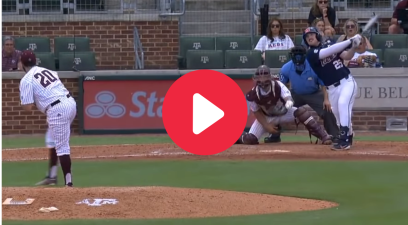 Dylan Simmons does not waste time. That much is obvious.

When the big-bodied Florida State freshman first baseman stepped to the plate in the bottom of the second inning against Niagara for his first career at-bat on Feb. 15, he ripped an RBI double to center field.

And when Simmons took the mound in the fifth inning that day at Dick Howser Stadium in Tallahassee, he attacked hitters. A home run derailed what should’ve been clean inning. He battled back, though, and struck out the final two hitters he faced.

Strikeouts. RBI doubles. Those are easy for Simmons.

Simmons was diagnosed with Stage I lymphoma in May 2019 after he found an odd lump in his groin. Committed to Florida State since 2016 and scheduled to set foot on campus in the Fall, Simmons’ future plans were put on hold.

Some teenagers would’ve freaked out at the thought of cancer. Simmons’ parents sure did. But for a kid that just wanted to play baseball in the garnet and gold, he saw the diagnosis as a small hurdle to getting back on the diamond.

Doctors told him the cancer was mild but could’ve spread at any moment. He had surgery to remove the lump. Three months of chemotherapy and one month of radiation at the Mayo Clinic in Jacksonville, Florida followed.

The whole process wasn’t easy. Simmons lost his hair. He felt tired often. But he was still able to run, lift weights and keep throwing the baseball.

While he was fighting cancer, he was also fighting for that dream of his that he couldn’t let die: to play for head coach Mike Martin Jr.’s baseball club.

“He’s got no hair and he’s working out like a madman,” Martin Jr. told Seminoles.com. “That chemo and radiation will beat you up. It shows you what he’s made of.”

Simmons wasn’t alone in his fight. Future Florida State teammates like pitcher Tyler Ahearn contacted him to support him. So did other incoming freshmen like Tyrell Brewer.

Even Vanderbilt’s Austin Martin, who starred in the College World Series last summer and played with Simmons at Trinity Christian Academy in Jacksonville, sent a tweet of encouragement.

“If anyone knows this kid then they know that cancer doesn’t stand a chance,” he wrote.

Next on his agenda: Heading to FSU in the spring and fulfilling his collegiate baseball dreams.

Simmons joined the team in January and began practicing as a two-way player. The 6-foot-3, 228-pound first baseman possesses raw power at the plate and a mid-90s fastball on the mound.

Martin Jr. knew Simmons was talented, but he wasn’t quite sure what to expect following the months of chemo and radiation.

“The first pitch out of his hand when he got here was 94 miles an hour,” Martin Jr. told Seminoles.com. “I said, ‘Wow.’”

Rated the No. 5 first base prospect in the country and No. 1 first baseman in the state of Florida by Perfect Game, Simmons was coveted for his big-time power potential and bat speed.

📝 | It was just 257 days ago that @dylan_simmons19 was diagnosed with Stage I Lymphoma. In two days, he’ll take the field for Opening Night as a Seminole. Read about his journey to Florida State from senior writer Tim Linafelt in the link in our bio! #Together

Now, as the 12th-ranked Seminoles make their bid for another trip to Omaha for the College World Series, Simmons is sure to be a key part of the team despite being a freshman.

He already proved that in game No. 2, finishing 2-for-2 with two RBIs while throwing an inning.

In Martin Jr.’s eyes, though, Simmons will serve as more than that for FSU baseball.

“I really feel like he’ll be a captain of this program,” Martin Jr. told Seminoles.com. “He’s a fine young man, he’s a great student. Nothing’s going to scare him.

“He’ll lead this program in the near future.”