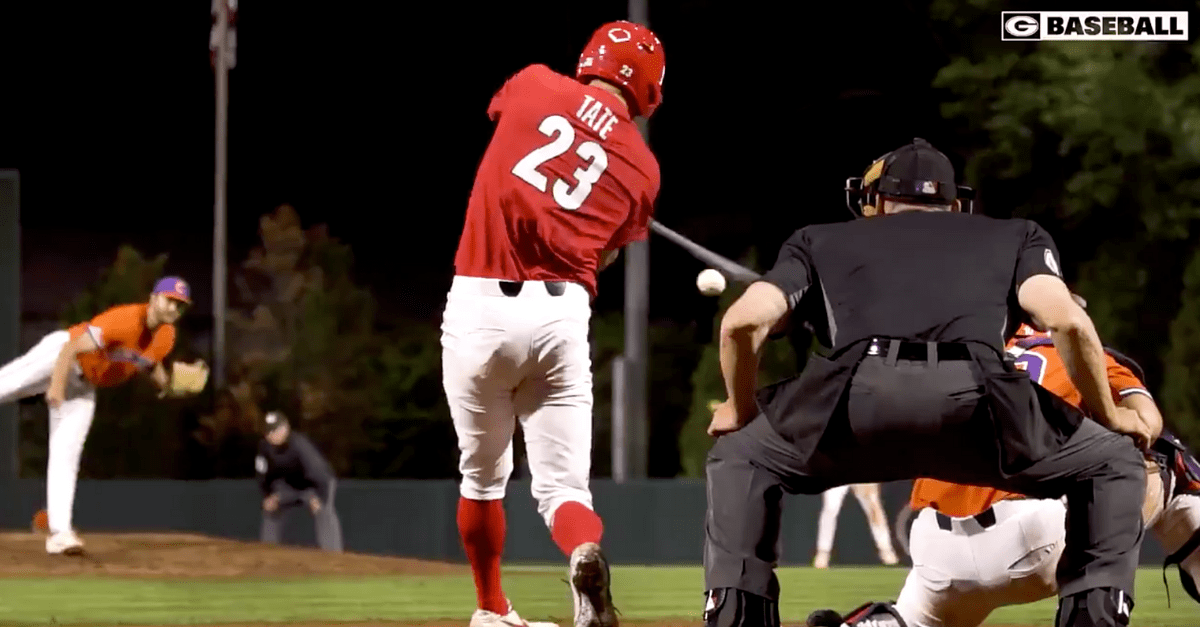 When the fifth-ranked Georgia Bulldogs baseball team showed up at Foley Field, they knew a tough game was coming. The 24th-ranked Clemson Tigers pitching staff entered into the game with a 3.23 earned run average, ranked 18th in all of Division I College Baseball. Runs would be hard to come by, but what happened in Athens was a little ridiculous.

Georgia junior Tim Elliott threw the first pitch of the game at 7:02 p.m. That ended up being the first of 576 (!!!!) pitches thrown by both teams on Tuesday night. After six hours and 33 minutes, redshirt freshman Connor Tate singled to score Tucker Maxwell and finally win one of the longest college baseball games ever played, 3-2.

RELATED: The SEC Dominates College Baseball. There’s Nothing You Can Do About It.

At 20 innings and 6.5 hours, this was the longest game ever played by both the Georgia baseball and Clemson baseball programs. Since Division I Baseball statistics were first tracked, only 10 games have ever lasted more than 20 innings. At six hours and 33 minutes of game time, it’s the fifth-longest game ever, according to the NCAA record books.

It might have been long, but boy, it was ugly.

These teams combined for 50 strikeouts, just one shy of the NCAA’s single game record. Clemson center fielder Bryce Teodosio went 0-for-6 at the plate, walked once, and struck out five times, which was also one shy of tying the all-time record (6).

It’s one thing for baseball fanatics to hold onto classic rules, but this is ridiculous. A non-conference, Tuesday baseball game lasted until 1:35 in the morning. There are plenty of ways to shorten these marathons. International softball rules start extra innings with a runner already on second base, for example.

The score was 2-2 when these teams began bonus baseball. There were more walks (14) than hits (9) during those extra 11 innings. Sure, long games make for great stories, especially for the 3,419 fans who stayed the entire time. For the rest of us, this game should’ve ended three hours earlier.