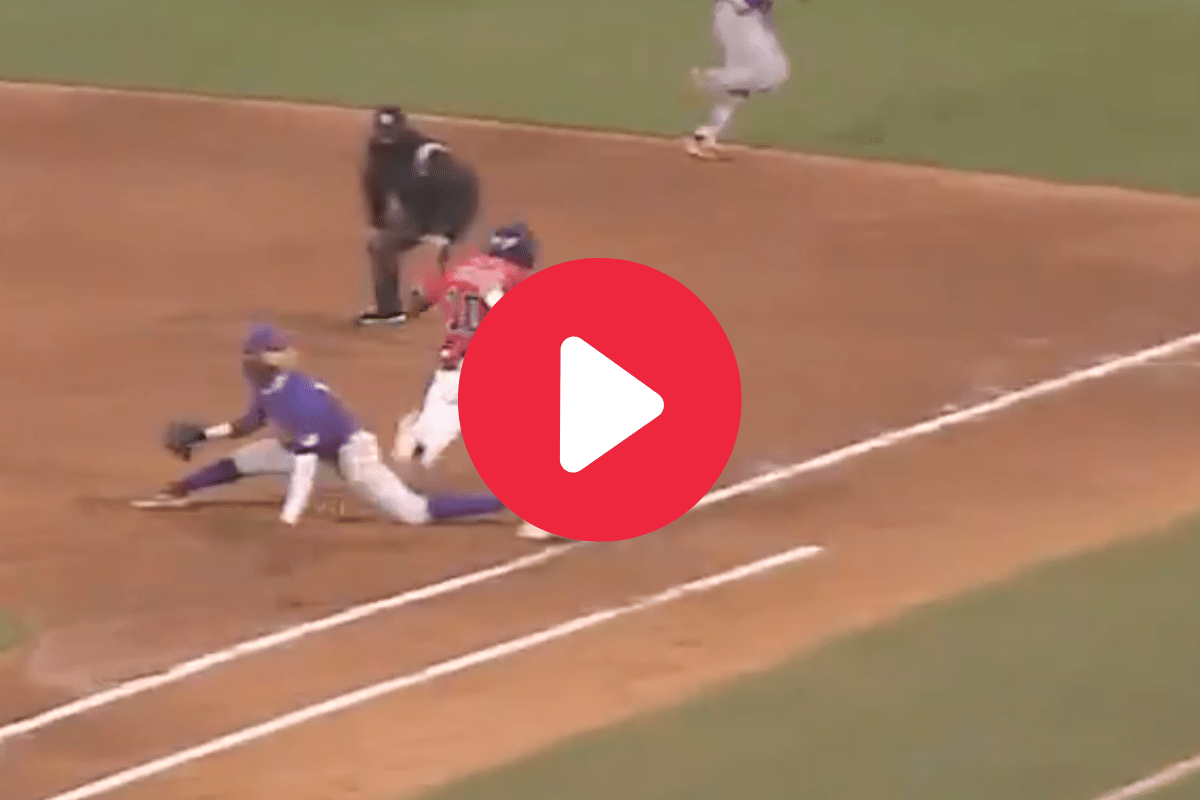 First base isn?t typically where you?d expect to find the most athletic player on the field. Shortstop and center field usually takes care of that.

For every slick-fielding Don Mattingly or Todd Helton, there?s 10 more Prince Fielders or Adam Dunns who act more like paperweights over on the slow corner. It?s common for coaches to stick their oversized sluggers where they only have to worry about catching.

That being said, an athletic first baseman can change a game. He can turn errant throws into outs. He can rob dudes of hits. He can impact a game in way more ways that most fans realize.

That?s what LSU first baseman Tre? Morgan does every single game, and his ?Spider-Man? stretches are proof he?s the most athletic at his position in the NCAA.

Watch a few games of LSU baseball and you?ll quickly learn why the freshman infielder is already one of the team?s best all-around players.

What stands out is his incredible flexibility.

In a game against South Carolina on April 17 he did a full split to help shortstop Jordan Thompson take away a hit. The team?s announcer proclaimed he turned ?into Spider-Man? and thus the superhero stretches were born.

Against Ole Miss on April 24, he dropped down again for an impressive split catch. How his legs allow him to do that without shrieking in pain is beyond me.

Every game, Tre? does something different to wow the fans at Baton Rouge?s Alex Box Stadium.

Or racing around the bases for a triple:

Or even blasting home runs:

There?s no limit to what LSU?s star first baseman can do. Forty games into the season, he?s hitting .358 and leads the team in runs scored (42), doubles (12) and triples (3). He?s also hit four home runs and stolen 10 bases.

Tre? Morgan is just a freshman, which means LSU fans have plenty of time to witness his incredible athleticism and ?Spider-Man? stretches. I guess you could say he puts the ?web? in ?web gem.?