Even though the comeback failed, this would go down in the lore of all-time college basketball moments.

On a Saturday night in 2017, the No. 25 Alabama Crimson Tide met the No. 14 Minnesota Golden Gophers in the championship game of the Barclays Center Classic. The heated matchup caused a scuffle to break out between Minnesota's Dupree McBrayer and Alabama's Dazon Ingram. That brought Alex Reese, Donta Hall, Lawson Schaffer, Herb Jones, Landon Fuller, Daniel Giddens and Avery Johnson Jr. off of the Alabama bench -- The entire bench was ejected for stepping onto the court.

Alabama?s ENTIRE bench has been kicked out of the game WOW 13:34 left and Bama has to play with only 5 guys! @GopherMBB with bench intact

With over 13 minutes still remaining, head coach Avery Johnson was left with five active players following the altercation. With 11:37 left, Dazon Ingram picked up his fifth personal and fouled out. Less than one minute later, John Petty was injured on a 3-point attempt and forced to leave the game.

Alabama took the floor with three players. That's when the magic began.

Alabama Basketball Plays 3-on-5 vs. Minnesota

Minnesota's lead ballooned to 14 points with under eight minutes to go. Led by freshman Collin Sexton, Riley Norris and Galin Smith mounted an improbable comeback, cutting the lead to three points with 1:39 remaining.

Alabama outscoring Minnesota 26-16 since it's been 3 on 5. They're down 3 points and I am in tears

#Bama on a 9-5 run. They have 3 players. THREE. Minnesota is not doubling the ball for some reason. pic.twitter.com/dXRD0bp8Lv

Alabama would lose by five points, 89-84, but the valiant effort will be remembered for a long time. Sexton finished with 40 points on 12-of-22 shooting, and the star freshman was clearly exhausted after the game.

Minnesota coach Richard Pitino gave the Alabama players, especially Sexton, all the credit for the second half run.

"Collin Sexton could beat a whole team by himself. He's just that good."

Collin Sexton going for 23 points while playing 3 on 5 in just 10 minutes is maybe the most Collin Sexton move imaginable.

The Alabama basketball team went 20-16 (8-10 SEC) that season and reached the Second Round of the NCAA Tournament. Sexton was named SEC Freshman of the Year and became the eighth overall pick of the 2018 NBA Draft by the Cleveland Cavaliers.

Everyone knew how good he was then, but had Sexton and company completed the 3-on-5 comeback, the men's basketball world would've been turned upside down forever. 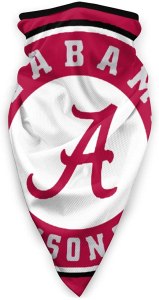