After a less than spectacular freshman season at Memphis, former five-star recruit Emoni Bates elected to enter the NCAA transfer portal on April 16. On June 29, Bates announced that he was joining Stan Heath and the Eastern Michigan Eagles via Instagram. After being ranked as the top prospect in the class of 2022, Bates reclassified to the class of 2021 and committed to Memphis three months before the 2021-22 college basketball season kicked off. This occurred after Bates de-committed from Michigan State and reopened his recruitment last April.

In 18 total games last season, Bates averaged 9.7 points, 3.3 rebounds and 1.3 assists per contest. In the NCAA Tournament, Bates barely saw the floor, playing only 15 total minutes, the majority of which came in the Tigers' second-round loss to Gonzaga.

Look, I understand that Bates' back injury hindered his ability to develop at Memphis, but when he was on the floor last season, he wasn't as productive as many college basketball fanatics expected him to be. So, why was Bates' freshman season such a disappointment? And how should he go about improving his game at EMU? Well, allow me to break everything down as Emoni Bates transfers into the MACtion of the Mid-Atlantic Conference.

RELATED: All-Coaches Starting 5 Could Beat Any Team They Played

We're heading into year five of the Penny Hardaway era, and there's one thing that Memphis Tigers fans have made abundantly clear so far. You see, Hardaway has a reputation for being an elite recruiter and average head coach, which explains why he's had to deal with criticism from the media. In other words, Hardaway understands how to find talent, but he has yet to establish a sophisticated system that'll result in less chaos on the offensive end.

Recent Detroit Pistons 2022 NBA Draft lottery pick Jalen Duren was able to overcome Hardaway's unorganized offense due to his advanced skill set, high basketball IQ and NBA-ready body. But Emoni Bates is a player who requires structure in order to flourish at the collegiate level. Bates basically did whatever he wanted in high school, which is why he managed to put together countless 25+ point games for Ypsi Academy. When you're simply better than your competition in every way, you can get away with just about anything on a consistent basis. Want to make a lazy crossover right in front of your defender's face and weave your way to the rim? Knock yourself out, because chances are you will maintain control of the ball and achieve your main goal. Want to stroll down the court and take 30-footer after 30-footer? Go right ahead, because you'll probably be met with sagging defenders who'll give you just enough space to comfortably release and nail three-point jumpers.

Bates was that good of a player in high school, and it enabled him to dominate every time he stepped on the floor. When Bates arrived at Memphis last fall, however, he still had a lot to learn about the game of basketball. It can be incredibly difficult for young players to make the most of their minutes when they finally step on the floor, which is why I hoped that Penny Hardaway would play a vital role in Bates' development in year one. The versatile 6-foot-9 wing got off to a solid start last season, as he scored in double figures and shot above 40 percent from the field in his first three games. It's important to note that the Tigers faced off against three inferior opponents to begin the year (Tennessee Tech, North Carolina Central and Saint Louis), so it was still tough to determine if Bates would pan out under Hardaway at Memphis. 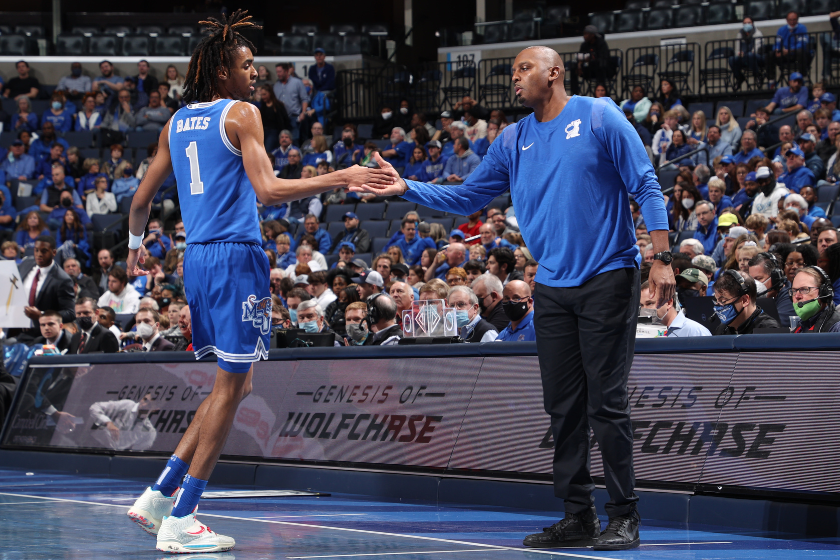 As the level of competition started to increase, Bates found that Hardaway's coaching methods weren't helping him take a step forward as a player. Doing whatever he pleased against quicker, more physical defenders didn't work out well for Bates when the ball arrived in his hands. I suppose that when you're playing on a team that doesn't have a clear-cut offensive identity, you're probably going to struggle to figure out how to be an asset on that end of the floor. Yes, it's perfectly fine for players to take matters into their own hands every now and then, but it was painful to watch various Tigers frequently drive to the basket without a set plan and give their opponents opportunities to generate transition baskets after committing inexcusable turnovers/taking outrageous shots.

If Memphis' offense had been centered around off-ball movement and screens to prevent stagnant offensive possessions from occurring, Bates probably would've had an easier time operating in the half court this past season. Instead, Penny Hardaway allowed his bunch to play reckless basketball too often and made things worse by occasionally assigning point guard duties to Bates, who isn't comfortable playing that position right now. Needless to say, the former NBA superstar didn't put Bates in a position to succeed during his lone season with the Tigers.

As I mentioned in the previous section, Jalen Duren was fortunate enough to have the size and skill set/basketball IQ needed to thrive at Memphis, but Emoni Bates simply had too many holes in his game going into last year. Whenever that's the case for a young player with potential, you should expect them to go through more downs than ups during their first collegiate season. No, Penny Hardaway didn't help Bates make a smooth transition from high school to college, but the Ypsilanti, Michigan native should take some accountability for his disappointing freshman year.

From an upper body strength standpoint, Bates never stood much of a chance against defenders who hounded him on the perimeter. With him already being on the stiff side as a ball-handler, Bates had a difficult time embracing contact 20-plus feet away from the basket and remaining on-balance/under control. When his opponents kept their chest in front of the ball and walled up before he reached the paint, Bates looked completely out of sorts offensively. If you don't have the physical tools necessary to impose your will as a driver, your opponents will be able to dictate what you do/where you go with the ball. Adding several pounds of muscle this offseason will help the rising sophomore guard bounce off aggressive defenders in the future and keep his body steady as he is preparing to make nifty plays for himself/teammates.

You may hear basketball enthusiasts repeatedly mention how dangerous it can be for players to overthink things on the floor, but using their brains just a little bit won't do them any harm. Obviously, they won't have all day to make decisions on the court, but that doesn't mean that they should make impulsive moves that'll most likely lead to negative offensive results. Even when reversing the ball was clearly the better option last season, Bates didn't hesitate to lower his head and shift into attack mode. Before Bates knew it, opposing teams were able to predict what he would do with the ball and keep him in check on the perimeter/ force turnovers at a solid rate (he ranked 10th on the team in effective field goal percentage at 46.7 percent and ninth in the turnover rate category with 2.3 per game). 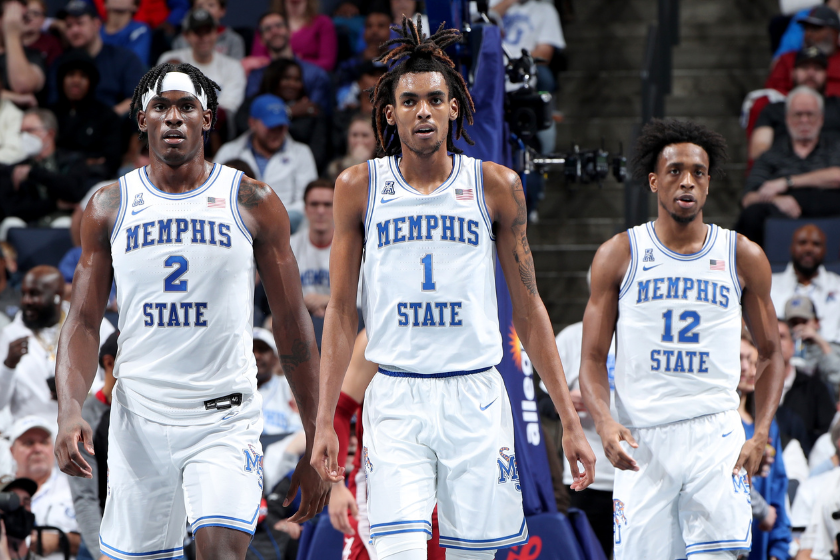 Early in the second half against Alabama on December 14, Bates took an unbelievably foolish shot with over 15 seconds left on the shot clock that had no chance of dropping. It all started when Bates bobbled a wobbly pass from Jalen Duren and took it upon himself to drive into traffic. Bates could have tracked down the ball and kicked it out to Alex Lomax on the right wing, but instead, he elected to take one dribble, spin straight into Keon Ellis and hoist up a wild double clutch jump shot that landed in Duren's hands seconds later. That's the kind of play that Bates must steer away from making at his next stop if he wants to raise his draft stock next year. Hopefully, he learns that it's okay to move the ball around at times and analyze defenses before deciding to do his own thing.

Emoni Bates once showed the potential to be basketball's next great superstar, with comparisons being made to Kevin Durant while Bates was still in high school. The hype surrounding him is similar to other high school spectacles like LeBron James and Zion Williamson. As a 15-year-old, he was labeled as the best freshman high school basketball player ever, which led to his commitment to Memphis. But that hype has turned to worry as the future appears unclear for the former high school hoops phenom.

Overall, I think that a stronger body, better understanding of the game and a different setting/head coach will benefit the young guard enormously this upcoming season. The talent has always been there for Bates, but now we'll have to wait and see if he can put together an above-average season at Eastern Michigan.

MORE: Where Are The NBA Draft's Biggest Busts Today?