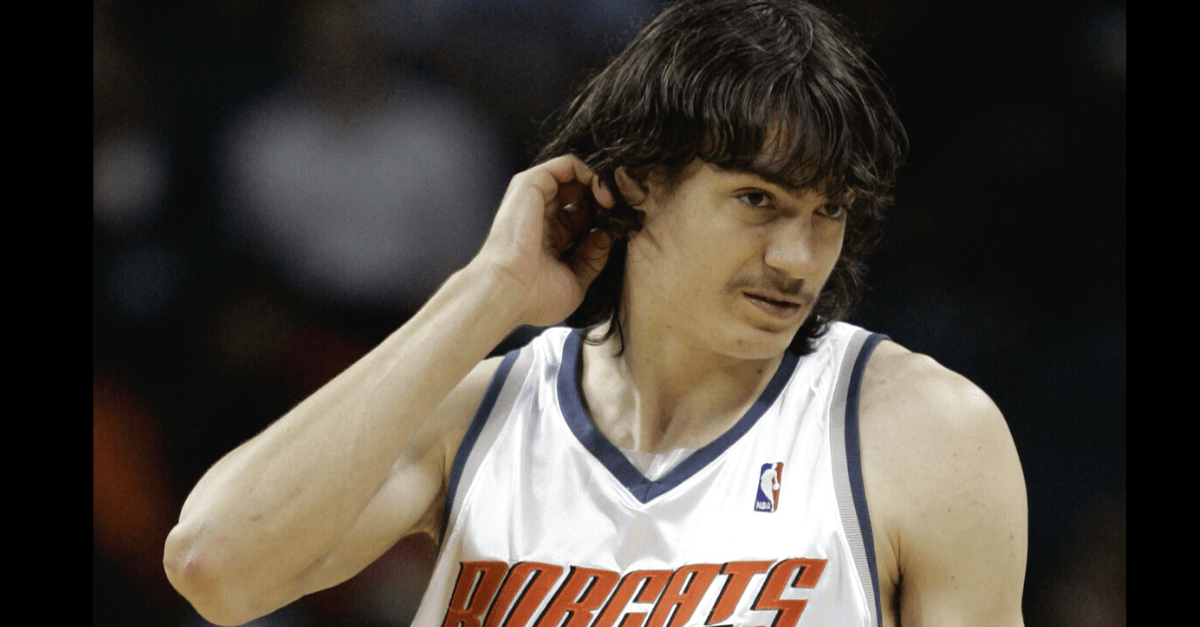 NBA general managers rely on scouts to pour over film, reports, and stats in preparation for the draft. It’s all about spotting potential, but sometimes the upside doesn’t manifest. A lottery pick can alter the course of the franchise; Hit the pick, and you have a star. Miss, and your team is set back for years.

These guys are subjects of the latter. Here are the 10 biggest NBA draft busts:

Also gives me an excuse to tweet my favorite Yao Ming pic ever – next to Jay Williams (No. 1 & 2 picks in 2002 draft) pic.twitter.com/IXFxO5Syop

Williams was a superstar and NCAA champion at Duke. A motorcycle accident after his rookie season derailed his NBA career. The point guard only played one year in the league.

The Gonzaga star was the poster boy for college basketball in 2005-06. Morrison struggled to adjust to the NBA game, particularly on the defensive end, and suffered a severe knee injury prior to his second season. He has two rings as a bench member of the Los Angeles Lakers in 2009 and 2010.

Olowokandi started playing basketball at 18. Five years later, he was playing in the best league on Earth. He had the unfortunate consequences of the 1999 lockout tamper his rookie year. This mixture of shaky circumstances is not something you want surrounding your first-round draft pick, let alone the top overall selection. He was never able to live up to the hype during his eight-year career.

On this date in 2001, Kwame Brown became the 1st high schooler selected No.1 in the Draft. #FBF pic.twitter.com/thJQ8gRwFF

Brown was the first high school player taken No. 1 overall in NBA history. The big man suffered the wrath of Michael Jordan in his twilight-career stint with the Wizards and later with Kobe Bryant on the Lakers.

I’ll let Stephen A. Smith take this one.

Bradley played only one season at BYU before entering the draft. He was touted for his enormous height (7-foot-6), which ironically was his undoing because of his gangly 235-lb. frame The biggest highlight of Bradley’s career was a cameo role in Space Jam.

“He is the poster boy for a changing era in basketball. He just got left behind.” https://t.co/Q5jRMzlA0w pic.twitter.com/rZwoTICV5v

Thabeet picked up a basketball for the first time at 15 and gradually adjusted to the game. He emerged as a double-double machine at UConn and specialized in rim protection, but couldn’t translate to the NBA. The center was essentially dealt to a different team every season of his career.

Greg Oden, the No. 1 overall pick in 2007 NBA draft, has signed a one-year, $1.2 million deal to play in China. pic.twitter.com/sgxHhqR9JE

I’m still convinced Oden was a 45-year-old disguised as a teenager. The No. 1 pick was deemed the best player in the draft coming out of Ohio State. He was injury-riddled throughout his six-year NBA career.

In the 2013 NBA Draft, Anthony Bennett was selected 1st overall to the Cleveland Cavaliers. #UNLVBasketball pic.twitter.com/RUAZk91VlB

Bennett was the inaugural Canadian player selected as the first overall pick, guy. The UNLV product could never get going and floated between the NBA and G-League. He was out of the league after four seasons.

In hindsight, it’s truly amazing the Milwaukee Bucks landed Giannis with the 15th pick in this draft. They can thank the Dallas Mavericks for that one.

Darko Milicic responded with a humble message after Carmelo Anthony and Dwyane Wade joked about not knowing who he is. 🗣 https://t.co/Qn9blnZoG6 pic.twitter.com/CSSLRJEDD5

The guy drafted after LeBron James and before three perennial All-Stars. Darko had maturity issues and was an NBA journeyman, making stops in Orlando, Memphis, New York, Minnesota, and Boston after Detroit. He does have a ring as part of the 2004 Pistons run, though.

It seems every washed lottery pick finds their way to the Timberwolves at some point.

Going to guess Portland wishes they could do this one over. pic.twitter.com/cwfgIrPVDj

The guy drafted before Michael Jordan. Bowie had red flags with injuries before the draft which makes the pick that much more astonishing. Bowie was never able to fully recover in the NBA.