Most guys watch Miss Universe for one thing and one thing only: The pure thrill of competition. It's why NBA players can relate so closely to the beauty pageant's contestants.

"How do you keep your cool under pressure?"

"What kind of preparation goes into the event?"

"What are the pros and cons of fouling up three with the shot clock turned off in crunch time?" 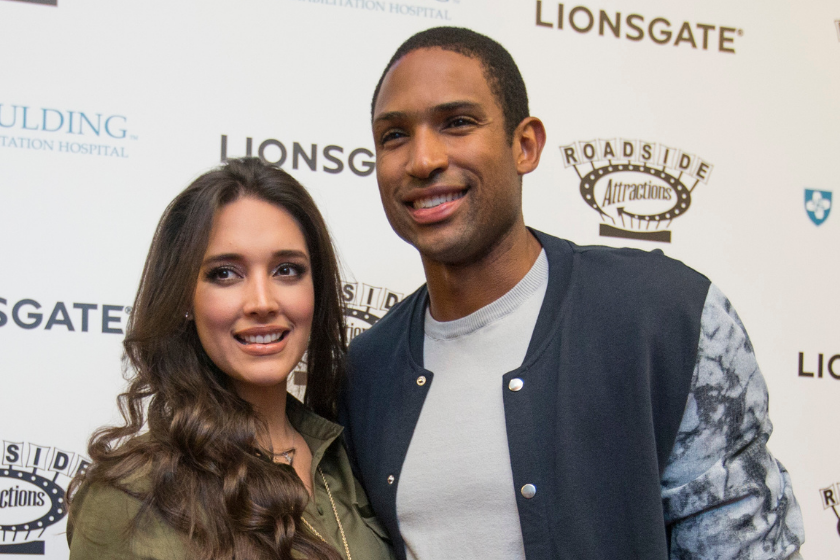 RELATED: Jayson Tatum's Dating Life is Secondary to His Son

Like her husband Alfred Joel Horford Reynoso, beauty queen Vega is from the Dominican Republic, and she holds a trifecta of records for her 2003 Miss Universe win: She was the first Dominican woman to win the title; she won the competition at 18 -- making her the youngest winner since 1994 at the time -- and she's the tallest Miss Universe winner ever at 6-foot-1.

She moved to New York City after winning the crown as part of her prize package.

Horford and Vega met in Boston during the Latin Pride Awards over a decade ago. The Dominican professional basketball player played for the Atlanta Hawks at the time. Horford is also the highest-paid Latin American basketball player in the NBA. Take that, LeBron James.

The two didn't start dating until four years after their first encounter. On December 24, 2011 at a surprise wedding disguised as a regular party, the couple got married at Vega's uncle's home in the Dominican Republic.

I assume the wedding is interchangeable with Andy and April's in Parks and Recreation, all the way down to Horford saying his vows in a Reggie Wayne jersey.

The former Miss Universe owns two boutiques called "Essence by Amelia Vega" in Miami that boast large followings on social media. She also has some pipes and released her album "Agua Dulce" in 2011. She is the niece of Grammy-winning vocalist Juan Luis Guerra.

The Boston Celtics center and the former Miss Dominican Republic have four children together. Their son Ean Horford was born on February 23, 2015. Their second child, daughter Alia Horford Vega was born on November 27, 2016 -- Horford missed a game for her birth. They welcomed their third child, a baby girl named Ava, on July 12, 2018.

In February 2020, Horford and Vega welcomed another baby girl, Nova, to the family.

These kids are bound to be skyscrapers.

Horford, a five-time NBA All-Star and All-American with the Florida Gators, has averaged over 13 points and 8 rebounds in his 15-year NBA career with the Hawks, Celtics, Philadelphia 76ers and Oklahoma City Thunder.

His wife and four kids are unquestionably his biggest fans every time he takes the floor. 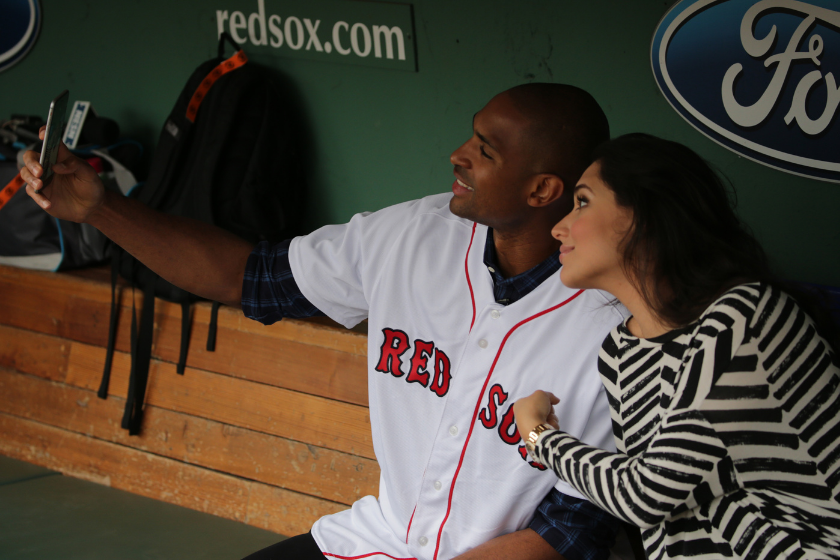 While Amelia is often seen at the TD Garden screaming for the Celtics at the top of her lungs, her husband's sister Anna has also been a vocal supporter of her brother. Anna Horford is not one to shy away from the social media spotlight. After her brother was traded from the Philadelphia 76ers to the Oklahoma City Thunder, she took to Twitter to state her feelings.

"Philly hated us because we never hated on Boston," she tweeted once the deal went down. Later she added screenshots of the classy Sixers fans who sent her DMs after the tweet. Apparently, the joke is on Philly who failed to reach the NBA Finals again, losing to the Miami Heat in the second-round of the 2022 NBA Playoffs.

If you're going to come for Al, you may have to get through two extremely strong women to do so.

This post was originally published on April 24, 2020 before updating.

MORE: Kevin Durant Was Engaged Once, But is Still Looking for True Love