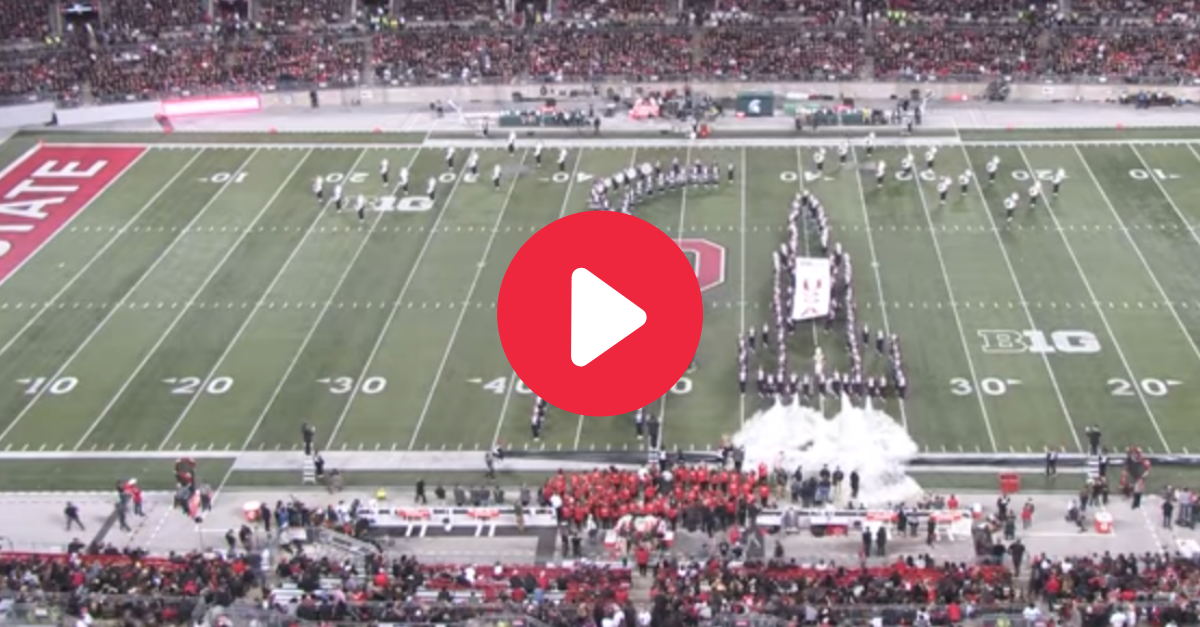 The Ohio State University Marching Band is the real deal. I mean, they don’t call themselves “The Best Damn Band in the Land” for nothing. You won’t find any chaotic scramble chaos in Columbus. Here, every note and movement under band director Christoper Hoch’s guidance is perfectly scripted and leaves everyone in attendance awe-struck week after week.

In 2018, the OSU marching band actually “flossed” on the field. While many of us still have no idea what in the hell “flossing” is, it didn’t stop the band from going viral almost immediately. Last year during halftime of the Ohio State Buckeyes’ home game against the Michigan State Spartans, TBDBITL paid tribute to an Ohio native and several American heroes.

On July 20, 1969, astronauts Neil Armstrong and Buzz Aldrin became the first humans to walk on the moon. (Settle down, conspiracy theorists. Just agree the moon landing actually happened.) When The Eagle touched down, “The Space Race” between the United States and Soviet Union effectively reached its peak. Behind backing from U.S. President John F. Kennedy, Armstrong, who hailed from Cincinnati, uttered 11 words that will live on forever:

“That’s one small step for man. One giant leap for mankind.”

To honor the 50-year anniversary of Neil Armstrong’s fateful phrase and NASA’s successful Apollo 11 mission to the moon, The Ohio State University Marching Band put on an absolutely mesmerizing halftime show on Saturday night. From rockets flying around Ohio Stadium (with the help of some fire extinguishers) to an astronaut planting the American flag, you’re not going to be able to take your eyes off this one.

The band played “Fanfare for the Common Man” by Aaron Copland, “Jupiter” by Gustav Holst, songs from movies like The Right Stuff, The First Man and Apollo 13, then concluded with “The Stars and Stripes Forever” with the help of more than 70 piccolo players.

The Ohio State marching band never fails to amaze me during college football games. Even as a Penn State University die-hard, it’s impossible to dispute that OSU really might have the best damn band in the land. After this show, maybe they’re even the best in the universe?

This post was originally published on October 8, 2019, but the best damn band in the land should be seen even when there’s no football on.