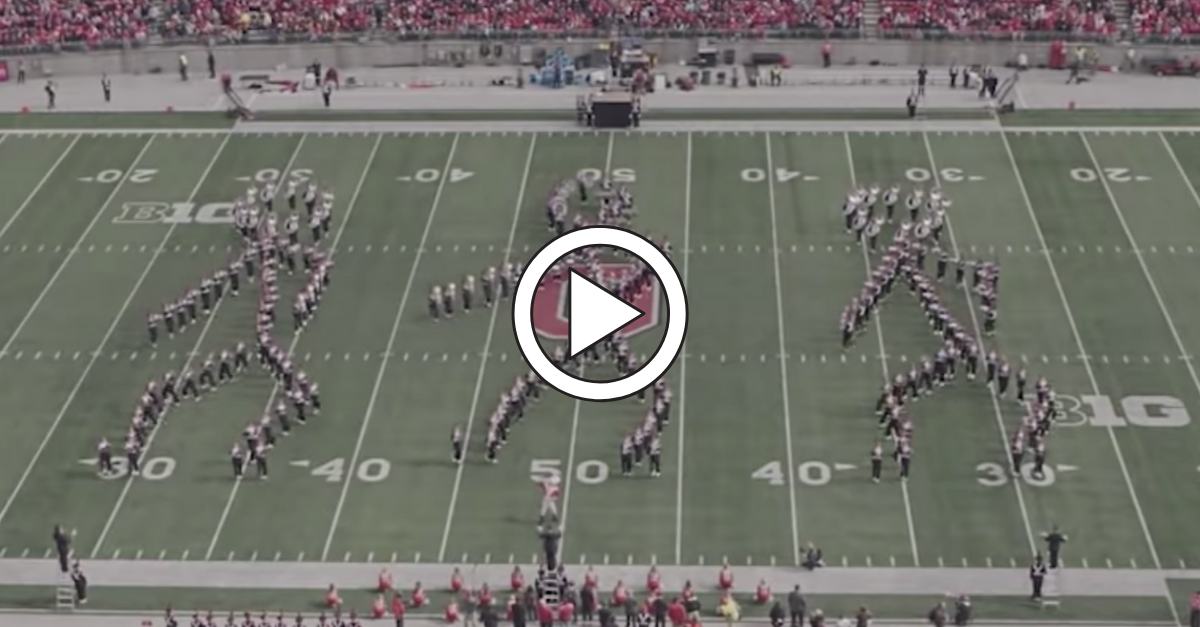 From insane formations to fake fair catches, college football has quite the imagination these days. It doesn?t just start and stop with the coaches and players, either.

After the LSU Marching Band performed ?The Office? theme song, and the cast loved it, the Ohio State University Marching Band took it up another notch with one of the most viral and flashiest performances of the 2018 season at Ohio Stadium in Columbus.

The ?Floss? dance made its way onto the field and it certainly made student sections across the country happy.

Why yes, yes that is @tbdbitl in flossing formation.

If you want to watch the full 10-minute ?Dance, Dance, Dance” performance, The Best Damn Band in the Land (TBDBITL) definitely put it down at halftime of the No. 3 Ohio State Buckeyes? 30-14 win over Minnesota.

To those unfamiliar with the ?Floss? dance, it all started during a viral dance moves video on Instagram in 2016. That?s where the Backpack Kid became famous and when the ?Floss? and ?Swish Swish? dance came into existence.

Its popularity grew into a trending topic in sports and pop culture, especially on social media and in the video game Fortnite, and it was even featured during a Katy Perry performance during Saturday Night Live in 2017.

The Ohio State Marching Band doesn?t mess around with its halftime shows during home games. A tribute to Michael Jackson years ago certainly had the band living up to its nickname, and now the Backpack Kid dance with the OSU band doing the floss dance with stick figures only adds to the legend.

It’s safe to assume another marching band is going to have to come up with something crazy to try to top this.