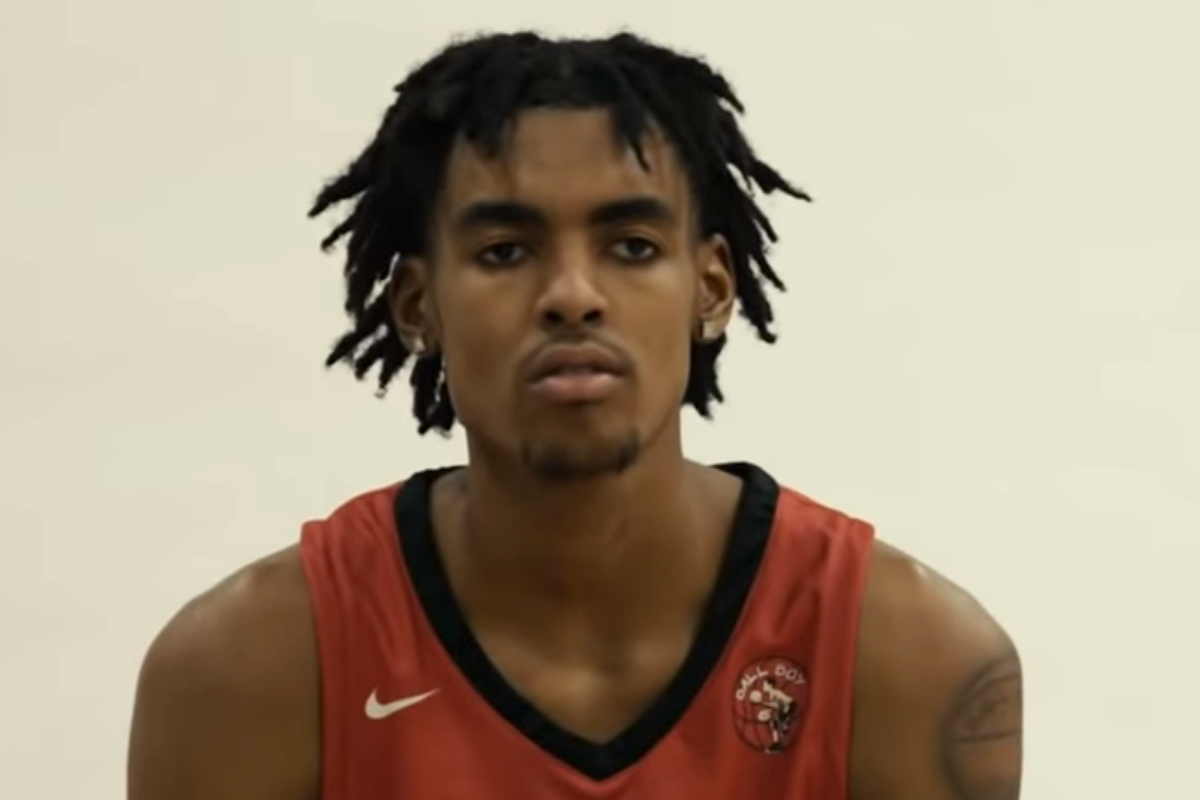 Drawing comparisons to Kevin Durant is a no small feat, especially for a 17-year old. Emoni Bates takes it in stride.

The 6-foot-8, 200-pound forward out of Ypsi Prep Academy in Ypsilanti, Michigan was the consensus No. 1 recruit in the class of 2022, according to 247Sports, Rivals, and ESPN, before reclassifying to the class of 2021. It’s easy to see why.

Bates’s strongest aspect is his motor. He plays with intensity and looks ready to go to war when he scores a basket, casting a “you can’t guard me” scowl in the direction of his opponents. Bates has a skinny frame like Durant that allows him to slither through defenses. Once in the paint, he finishes with strength and soft touch around the rim. His dunks are even like Durant’s — they whip the ball through the rim thanks to their length.

The five-star former high school basketball player is as proficient a scorer as anyone. He uses jabs, fakes and hesitations to misdirect the defense and uses nifty ball-handling skills to take advantage. His shot is smooth. He’s a threat from beyond the arc with keen ability to shoot off the dribble. He has a sleek hesitation move where he sizes up the defense then rises for a shot.

Bates has a good nose for the ball. He crashes the boards offensively and has strong hands. Whenever he’s around the rim, he keeps his hands up, ready to pounce. On defense, he has shot-blocking ability and the athleticism to guard every position. He has room to sharpen up on the defensive end and be a two-way force.

The biggest knock on Bates’ game is his strength. Remember this kid is still a teenager, and there is plenty of time to hit the weight room.

RELATED: Jalen Duren’s Stock Is High, But His Ceiling Is Even Higher

The star small forward reclassified to the 2021 recruiting class in early August. The ascension in class drops Bates from the undisputed top recruit in 2022 to the fourth-ranked player in the class of 2021, according to the 247Sports Composite.

Bates announced his list of four options at the same time as the reclassification. He was considering Michigan State, Oregon, Memphis and the NBA G-League before making his commitment. Bates was previously committed to Tom Izzo’s Michigan State Spartans before backing away this past spring. MSU reportedly beat out Kentucky when he made his initial pledge.

The hoops star is now leaving the state of Michigan and heading to Tennessee.

Emoni Bates announced his commitment to head coach Penny Hardaway and the Memphis Tigers on social media on August 25, 2021.

Bates is far from the other big-name newcomer to join Hardaway’s program. Jalen Duren, the former No. 2 prospect in the class of 2022 before he reclassified to 2021, committed earlier this month. He’s the No. 5 prospect in the 2021 class, which gives Memphis an incredible one-two punch of talent.

The sudden splurge of talent immediately catapults the Tigers past several ACC, Pac-12, Big Ten, Big 12, Big East and SEC programs into national championship contention. Hardaway, a four-time NBA All-Star, is building another powerhouse to attract top talent similar to what John Calipari did with the program in the early and mid 2000s. Hardaway signed five-stars James Wiseman, who went second overall in the 2020 NBA Draft to the Golden State Warriors, and Precious Achiuwa, who was selected 20th overall by the Miami Heat in the same draft, to his 2019 class.

As is the case for most top prospects these days, it’s expected Bates’ time at the NCAA level will be short lived. However, the top-five recruit in particular faces a unique scenario. He doesn’t turn 18 until January, making him too young to enter the 2022 NBA Draft. The Draft requires players to be a year removed from his high school graduating class and turn 19 in the same calendar year of the draft.

The 2019-20 Gatorade National Boys Player of the Year could play college basketball for two years, but my gut tells me he’ll play one and spend what would be his sophomore season in the G-League to learn how to be a pro.

Emoni Bates shows the potential to be basketball’s next great superstar. The hype surrounding him is similar to other young prodigies like LeBron James and Zion Williamson. As a 15-year-old, he was labeled as the best freshman high school basketball player ever. Not bad.

Bates has the mindset and work ethic to continue growing his game and handle the pressure. This desire to improve combined with his natural talent will carry him to the top of the NBA Draft.

This post was originally published in March 2020, but has been updated to reflect his commitment.