Rasheed Wallace is Now Coaching Under Another NBA Star 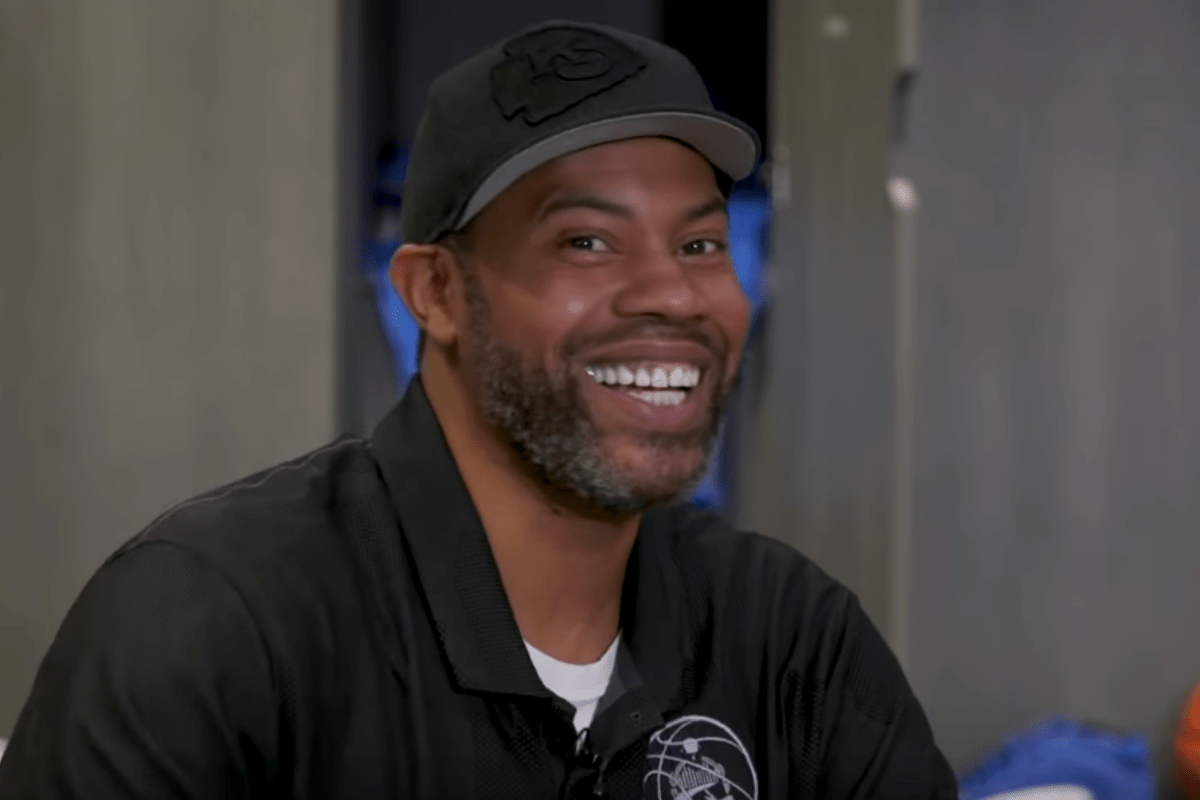 On the court, Wallace let everyone in the arena know what he was thinking. The refs particularly knew the intricate details.

The zebras blew their whistles and signaled a “T” in Wallace’s direction more often than not. That was the case for the 2000-01 season when he was handed 41 technical fouls over 80 games ? essentially one every other game. It stands as the record for most techs in a single-season.

That fire is what made Wallace so beloved by teammates and fans. He was the guy you wanted on your side when the going gets tough.

After 16 years in the NBA, Wallace is in a different position on the floor.

Rasheed Wallace was hired as the head coach of Jordan High School in Durham, North Carolina on March 8, 2019.

“It is not every day that you can add someone with as rich of a background in basketball, mentorship and volunteerism as Rasheed Wallace,” Jordan High Director of Athletics Shelba Levins told The Wilson Times. “I am thrilled to welcome him to Jordan and the Falcon family.”

The new job isn’t the first time the former NBA player has been on the bench. He worked for the Pistons as an assistant coach for the 2013-14 season. After Stan Van Gundy took over head coaching and president of basketball operations responsibilities, he was not rehired.

The four-time NBA All-Star steered the varsity team to an 8-6 record last year in the midst of the coronavirus pandemic.

16-year NBA veteran Rasheed Wallace – a 2004 champion and four-time All-Star – has agreed to a deal to become a new assistant coach at University of Memphis under Penny Hardaway, sources tell @TheAthletic @Stadium.

RELATED: The 2004 Detroit Pistons Officially Broke Up a Lakers Dynasty

The big man was an excellent high school player, averaging 16 points, 15 rebounds, and 7 blocks per game in 19 minutes of action as a senior. He committed to play college basketball at the University of North Carolina under legendary head coach Dean Smith.

In two years at UNC, Wallace recorded 13 points, 7.4 rebounds, and 2.3 blocks per game. He guided the team to the 1995 Final Four with teammate Jerry Stackhouse. The Tar Heels fell to the Arkansas Razorbacks 75-68.

Wallace left following the season to enter the 1995 NBA Draft. He was the fourth-overall pick by the Washington Bullets.

After a midseason trade to Detroit in 2004, the power forward become an integral part of the Pistons team that tore through the playoffs to capture the NBA championship. Wallace, point guard and Finals MVP Chauncey Billups, shooting guard Rip Hamilton, small forward Tayshaun Prince, and center Ben Wallace took down Kobe Bryant, Shaquille O’Neal, and the Los Angeles Lakers in five games.

Wallace ended his NBA career in 2010. He attempted a comeback for the 2012-13 season with the Knicks and retired at the year’s conclusion.

He has plenty to be proud of on the court:

Wallace made the phrase “Ball don’t lie” a regular part of basketball vernacular when an opposing player would miss a free throw following a questionable call by the ref.

The 2004 NBA champ is active in raising awareness for the Flint, Michigan water crisis. He wrote a piece about it in The Players’ Tribune in 2016.

He co-hosts the sports podcast Let’s Get Technical with Bonzi Wells. They primarily discuss the NBA and NFL. Although