Florida Basketball Gets Surprised with a Fully-Padded Student Section 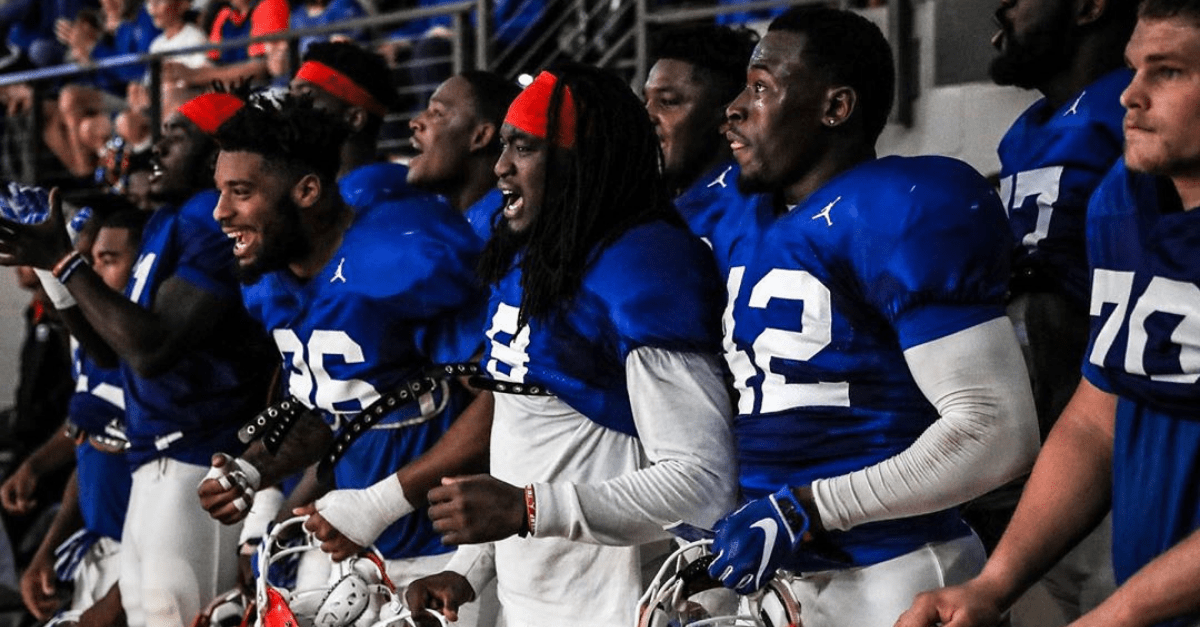 One of the best memories for a college sports fan is sitting in the student section. Every school lays claim to iconic chants that brings a unique atmosphere anywhere you go. Over at the University of Florida, with a sports tradition that rivals any school in the country, you’re going to find an electric student section at every single game.

That’s especially true when the Florida Gators men’s basketball team took on the Michigan State Spartans, who were the 10th-ranked team in college basketball when they traveled to Gainesville. With a potential upset brewing on their home floor, every Gator fan turned their attention to the Stephen C. O’Connell Center, and that goes for the Florida football team, too.

While preparing to face the Michigan Wolverines in the Chick-fil-A Peach Bowl, members of the Florida Gators football team made their way over to see their classmates play. The Gators were so excited, they didn’t even bother to stop and change out of their football pads before pumping a huge amount of energy into Exactech Arena for the game’s final minutes.

Some special fans in the stands. The Gators football team makes an appearance as the basketball team looks to upset No. 10 Michigan State. pic.twitter.com/GWGtHQwJn0

Florida would fall to Michigan State on Saturday afternoon by the final score of 63-59. After the Gators went down 8-5 early in the first half, coach Tom Izzo’s Spartans never looked back as they would lead for the rest of the game. Florida battled back from two different 10-point deficits to cut the lead to just two with 1 minute, 21 seconds left in the game, but Michigan State survived thanks to junior forward Kyle Ahrens, who scored all seven of his points in the final three minutes.

This was the fifth time this season coach Mike White’s team shot under 40 percent from the field (36.5).

Despite Florida (5-4) dropping the game, this moment shows just how unique and exciting college athletics really are, especially at a major university.

Something tells me this isn’t the last time we see these two teams showing support for one another, but maybe they’ll leave their pads in the locker room next time.

READ MORE: Florida, UCF Want to Play Each Other, and Here’s Why It Might Happen Soon