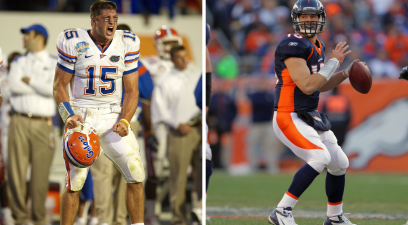 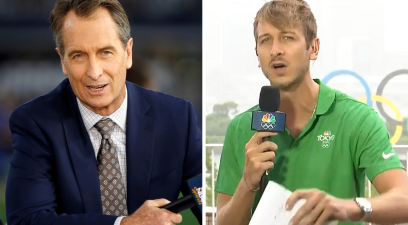 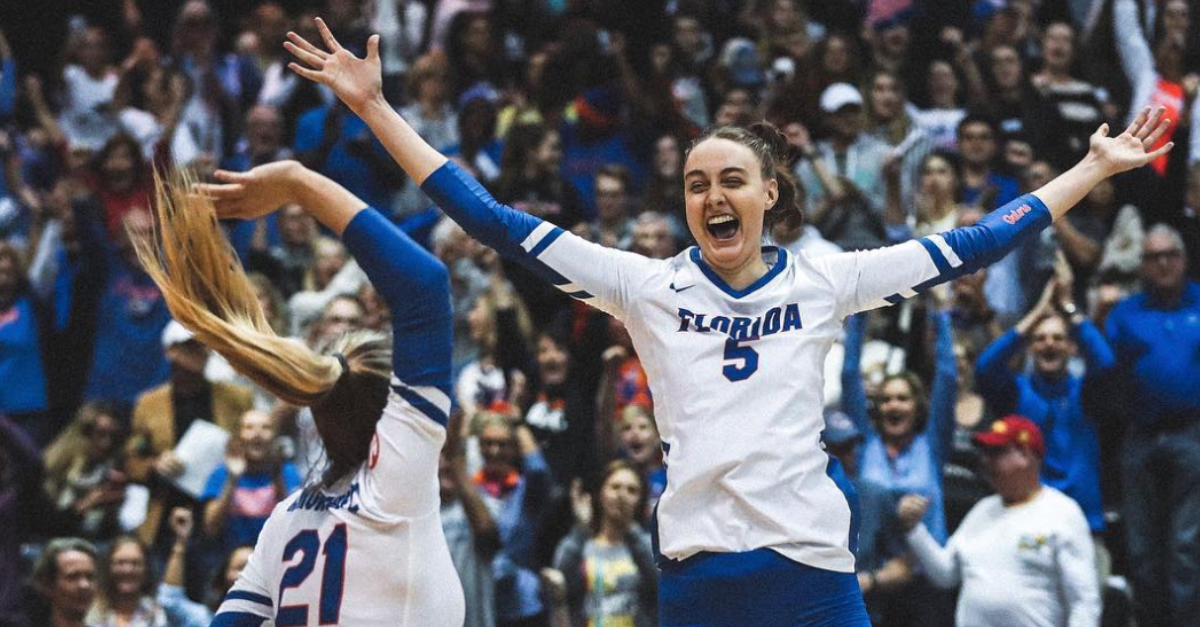 There?s no feeling quite like defeating your rival ? in any sport, at any level ? and sending its players home to sit on their couches for the rest of the season. The Boston Red Sox did it to the New York Yankees then trolled them by playing Frank Sinatra?s ?New York, New York? in their clubhouse this year. Florida sent Florida State home packing after its 41-14 win Saturday, which forced Jameis Winston to wear orange and blue. Then Florida sent Florida State home on Thursday?wait, again?

Well, yes and no. Over the weekend, Dan Mullen?s Gators blew Willie Taggart?s Seminoles out of the water to end their NCAA record 36-year bowl streak and lock them in for a 5-7 season. Five days later, it was Florida volleyball?s turn.

In the first round of the NCAA Tournament, the unseeded Gators swept the team out west 3-0 in the first game of the UCF regional in Orlando on Thursday. The win was not only a thrashing ? UF won 25-21, 25-20 and 25-13 ? it also bounced FSU from the tournament and ended its season at 19-10. Yeah, I?d say it?s a good week to be a Gator fan.

What's better than a sweep over your rival? A sweep in the NCAA Tourney! #GatorsWin pic.twitter.com/OVBDR10gMO

Final: No. 16 Florida beats FSU in the NCAA Tournament First Round. The Seminoles finish the season with a 19-10 overall record. #WarriorOn pic.twitter.com/FxqF7ByXEI

Domination is a fitting word for UF?s performance. The Gators tallied 45 kills to FSU?s 33, seven aces to FSU?s zero and 11 blocks to FSU?s five. They also finished with a .272 hitting percentage, 104 points higher than the team opposite them.

Thayer Hall?s return has made a noticeable difference in Florida?s play. Since returning from an undisclosed injury, the Gators have won six sets and lost none. The freshman outside hitter?s nine kills and three blocks were certainly a factor, but this was a group effort. Four players had more than seven kills, including Paige Hammons’ match-high 16.

Plays like this have @GatorsVB off to a strong start through two sets. #NCAAVB pic.twitter.com/d3AjMjSol1

Beating Florida State must be getting old for UF head coach Mary Wise by now. She owns a 35-6 all-time record against the in-state rival and is 6-1 since 2015. That one loss was a big one. In 2016, FSU bounced the then 11th-seeded Gators from the NCAA Tournament to end their season. Thursday was Florida?s first chance since then to retaliate and give them the same fate.

Florida next takes on Florida Gulf Coast after FGCU stunned UCF in its own regional. The Eagles are 27-6 and making their first-ever NCAA Tournament appearance. The Gators are playing in their 28th-consecutive tournament. The match kicks off Friday at 7 p.m.

Last year?s NCAA runner-up, Florida has a chance to make another deep run. It has the talent and the coach to do so. But the path is no cakewalk. No. 4 seed BYU and No. 5 seed Texas are both on their side of the bracket. The Gators already lost to the Longhorns earlier this season.

Will this be the year they finally win a national championship?