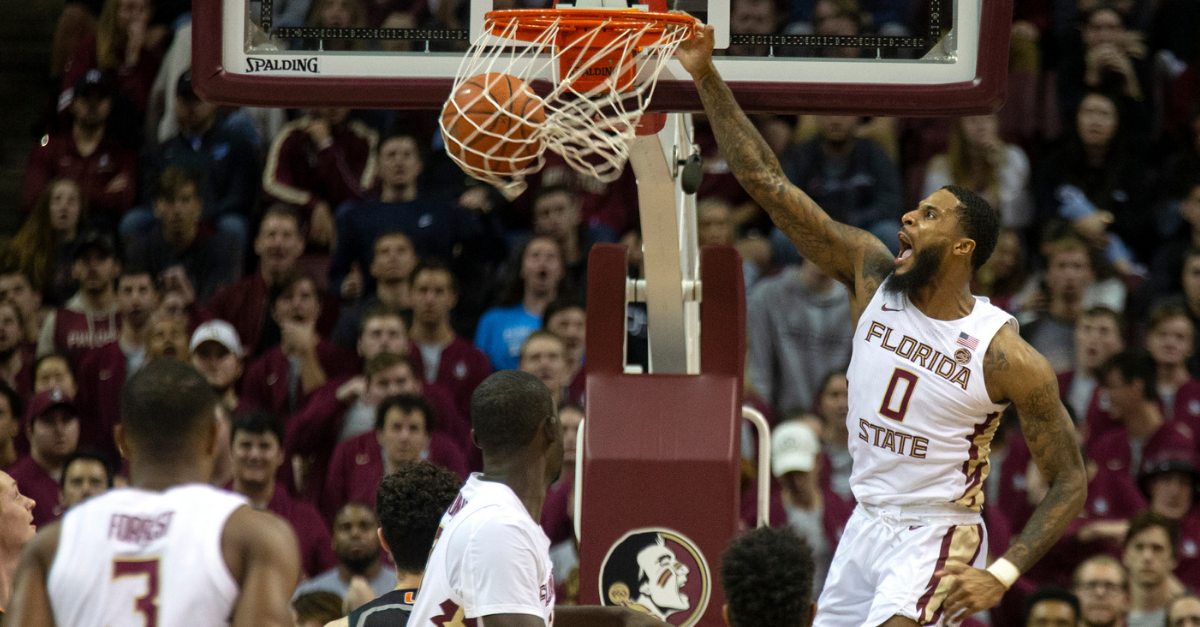 After taking care of the Miami Hurricanes at home in the Donald L. Tucker Center, the Florida State Seminoles men’s basketball team staked they’re claim as the best team in the state with wins over the other two top programs already this season.

To open the season, the Seminoles beat the Florida Gators, 81-60, and won 13 of their first 15 games, including the 68-62 win over the ‘Canes, who fell to 8-7 on the year. With wins over both teams and an obviously better record, the ‘Noles look like they are the best team in the Sunshine State once again.

The ‘Noles, like all season, were led by a group of players scoring with eight players scoring at least six points, and David Nichols leading the team in scoring for the second time this season, this time pouring in 13 points to go along with three assists. P.J. Savoy was also in double-figures with 10 points while Mfiondu Kabengele had nine; Terance Mann and Phil Cofer scored seven; and Trent Forrest, M.J. Walker, and Raiquan Gray scored six a piece.

While Florida State and Miami have each been improving as a program over the last few years, Florida is headed in the opposite direction since the loss of Billy Donovan to the Oklahoma City Thunder. Before then, it would be rare for the ‘Noles to be definitively better as a team, but head coach Leonard Hamilton has turned the program around and has them competing on a national stage.

Not only have the Seminoles outplayed their two Florida rivals, they have also received more recognition all season as the lone team to be ranked in the AP Top 25, as well as the only team to be ranked in the pre-season poll. They have proven why that is with wins in 13 of their first 15 games, the two losses coming against some good schools; Villanova, the defending National Champions, and Virginia, currently the fourth-ranked team in the country.

However, in-state rivals aren’t the teams Florida State should be measuring themselves against. They have no shortage of tough opponents this month with their loss to Virginia on the fifth, as well as hosting Zion Williamson and the top-ranked Duke Blue Devils on January 12. The rest of the ACC is no cake-walk either with the likes of Syracuse, North Carolina, Notre Dame, Louisville, Virginia Tech, and NC State around the corner. Plus, they even have to go on the road to play Miami again at the end of January.

Bragging rights are always important when it comes to these three schools. Last season, the ‘Noles had the best record between the three and were only a half-game worse than the Gators the season before that. As long as the tough ACC schedule doesn’t beat them up, and Florida is able to navigate through the SEC with ease, they should have the best record once again to go along with a great seed in the NCAA Tournament.