When college basketball coach Chris Beard left Texas Tech in favor of a job leading an in-state rival, the University of Texas Longhorns, the NCAA coach called it his "dream job."

However, as Longhorns fans were waking up early Monday morning, ready to watch their team take on the Rice Owls at the Moody Center, the world learned of head coach Beard's arrest for an assault charge that may turn that dream into a nightmare. 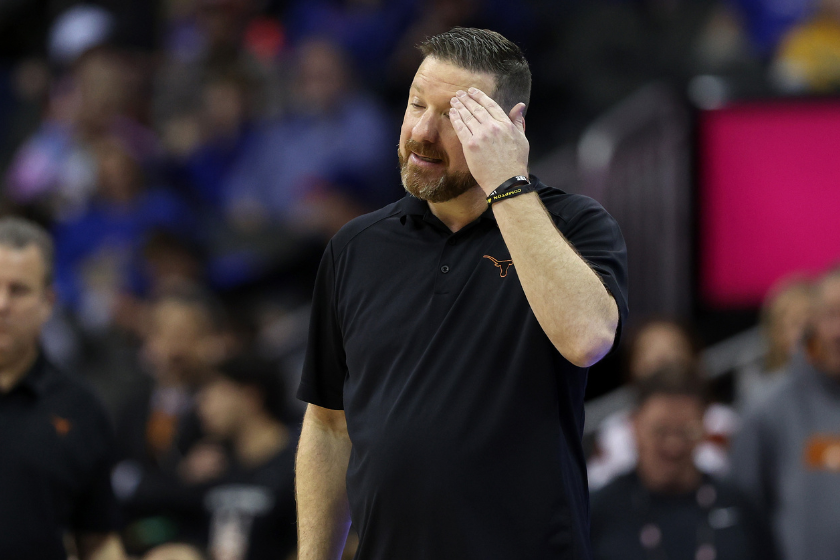 As the details began to emerge, it became known that Beard was arrested on Monday, Dec. 12, by the Austin Police Department, and then booked at the Travis County Jail around 4 a.m CT. The charge? Third-degree felony assault by strangulation/suffocation -- family violence, or in layman's terms, strangulation, according to those familiar with the Travis County Sheriff's Office.

Austin police told ESPN they received a "disturbance hotshot" call, and officers were dispatched just after midnight Monday. The Austin Police Department's defines a "hotshot" call as "incidents which are in progress are an immediate threat to life and/or public safety. ... These calls are dispatched immediately," according to their website.

Perry Minton, the attorney for the Texas men's basketball coach, told the Austin American-Statesman that Beard "is 100% innocent of these [felony assault] charges."

"He should never have been arrested," Minton stated to Tony Plohetski of The Statesman. "The complainant wants him released immediately and all charges dismissed. It is truly inconceivable."

In a statement of its own, Texas clarified its position saying, "The University is aware of the situation regarding Chris Beard. We are continuing to gather information and monitoring the legal process."

Texas has released the following statement on Chris Beard. pic.twitter.com/nxa3TwDPxH

Beard was only in his second season as head coach of the Longhorns, with hopes that the Longhorns can advance beyond the second round of the NCAA tournament in March. In an ideal world, Texas would be able to make its way to the Big 12 championship game, but for a program that's been sputtering for years, Beard was tasked with taking baby steps to get the program back in fighting shape.

However, the former Little Rock and Angelo State head coach may have taken a massive step back in that transformation. Another devastating blow to the University of Texas athletics department.