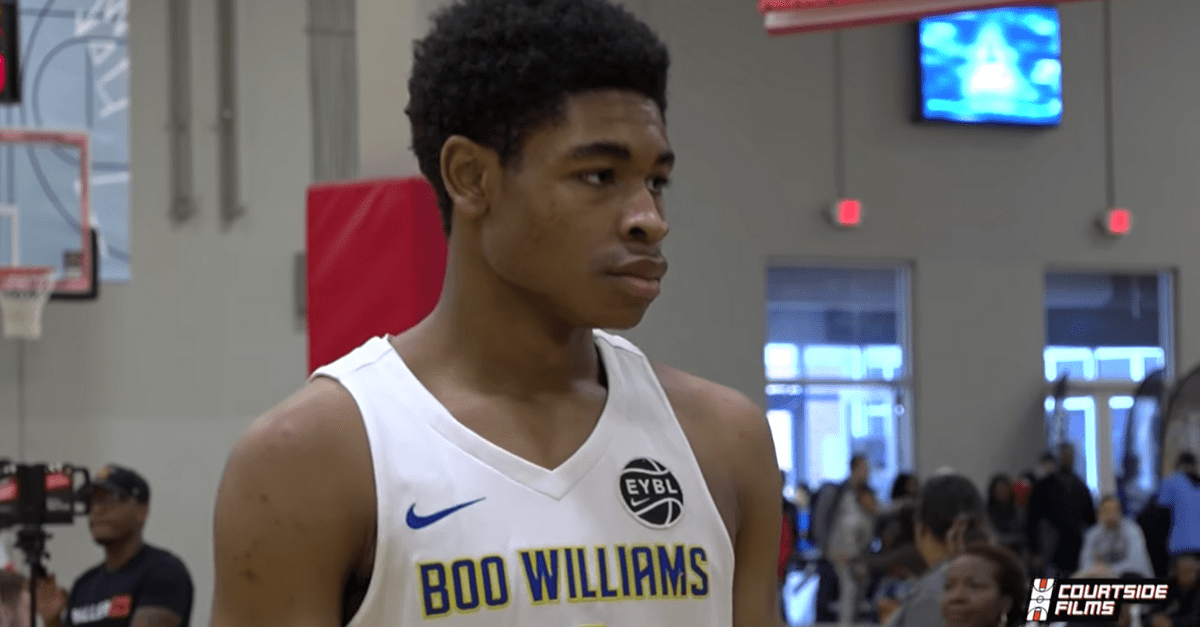 LSU basketball fans haven’t anticipated a recruit this much since Ben Simmons came to Baton Rogue five years ago. Who can blame them? Five-star recruit Cameron Thomas offers plenty to be excited about. The 6-foot-3 shooting guard out of Oak Hill Academy in Mouth of Wilson, Virginia signed with LSU this past November, choosing the Tigers over Auburn, Kansas, NC State, Oregon, UCLA, and UConn. Thomas ranks 22nd in ESPN’s top 100, while 247Sports ranks Thomas as the nation’s sixth-best shooting guard.

The Chesapeake, Virginia native has prep defenses at his mercy. He recently exploded for 42 points in the 2019 Bojangles Bash?a high school basketball showcase in Columbia, South Carolina?setting the individual record for most points in a game for the event. This past summer, Thomas exhibited his skills at the 2019 Nike EYBL in Atlanta by scoring 27.7 points per game over a seven-game stretch.

It’s no surprise his biggest strength is putting the ball in the basket. He’s lethal from mid-range and beyond the arc, using step-backs and hesitation moves to create space. The LSU signee drives under control with precise balance that gives him multiple options; including a turnaround jumper, fadeaway, or a dish to a teammate. Additionally, Thomas’s quickness allows him to get to the paint where he can stop on a dime for a high-percentage pull-up jumper.

As the high-school senior grows stronger and starts getting to the rim more, he’ll become one of the most versatile scorers in college basketball.

I wouldn’t be surprised if LSU head coach Will Wade has a clock in his office counting down the days until Cam Thomas arrives on campus. The five-star scorer has that much talent. Talks of the NBA Draft are already floating around. The future LSU Tiger will have to bulk up a bit, but all signs point towards his name being called by Adam Silver on draft night in due time.

Come next year, SEC defenses will have a nightmare to deal with, and his name is Cameron Thomas.

MORE: LSU Fans: America?s No. 2 Cornerback Has Arrived at ?DBU?