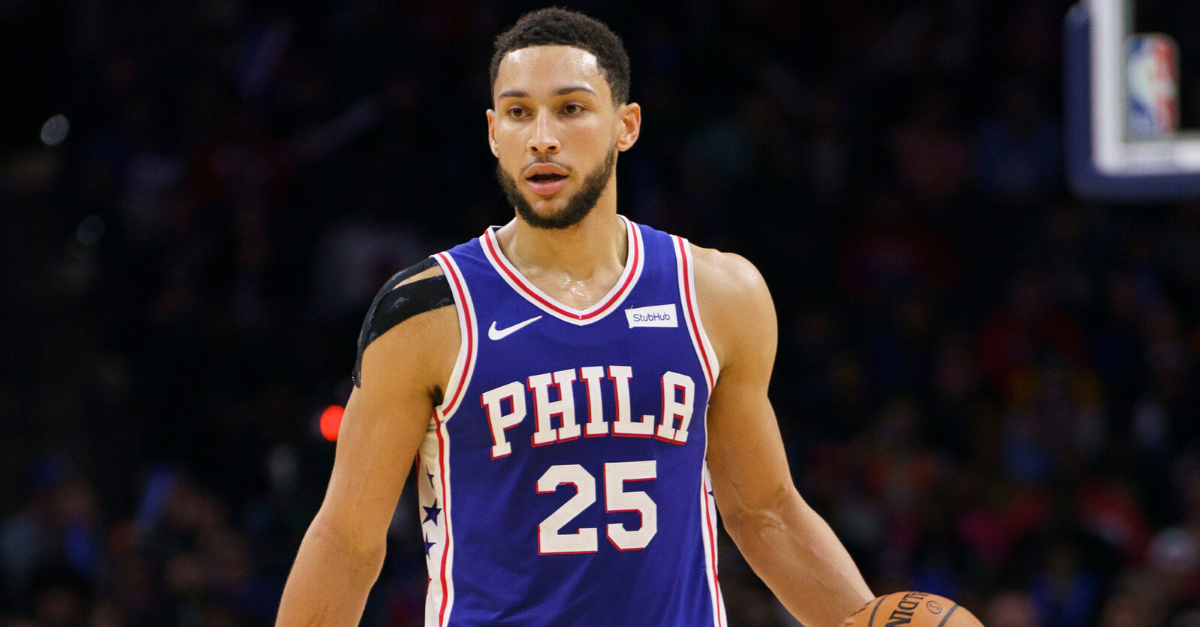 HE DID IT! HE ACTUALLY DID IT!

When my phone erupted on November 20, 2019, I had no idea that life would change forever. It seemed impossible that Philadelphia 76ers point guard Ben Simmons would ever make a 3-point shot during a regular season game. Sure, the NBA All-Star was seen hoisting deep balls in the offseason and even made one during a preseason game against China’s Guangzhou Long-Lions, but in live action when it mattered? Yeah. That would be the day.

Furkan Korkmaz sent a bounce pass into the corner where the left-handed Simmons settled in. New York Knicks center Mitchell Robinson, unaware of the role he was about to play, didn’t close out and gave Simmons his window. The 6-foot-10 guard rose up, and, as his first quarter jumper fell through the cylinder, the Wells Fargo Center erupted on Wednesday night.

For the first time since November 30, 2015, when the LSU Tigers defeated the College of Charleston, Ben Simmons made a 3-pointer.

Ben Simmons officially hits the first 3 of his career 😱 pic.twitter.com/Fz2l3CZ5Rf

The greatest moment of Simmons’ first career three ball has to be 76ers announcer Marc Zumoff exclaiming, “YES! He did it! Hold me back, fam!”

That fabled make 1,451 days before was the only made 3-pointer of Simmons’ lone season of college basketball, but after seeing the 2016 NBA Draft’s No. 1 pick develop early in his NBA career, I don’t think we’ve seen the last of this walking triple-double’s new-found range.

As Simmons’ make went down, social media went absolutely bananas. Everything from the Titanic theme song to former President John F. Kennedy’s inaugural speech were dubbed over the video. The jokes were endless. We now live in a world where Ben Simmons is a 3-point shooter, and I love it.

Gonna tell my kids this is when Ben Simmons hit a three pic.twitter.com/OcZFM95i2A

gonna tell my kids this was Ben Simmons pic.twitter.com/gQqtmP0aal

Telling my kids this was Ben Simmons pic.twitter.com/UxTPFejMFR

Simmons was 0-17 from three coming into tonight's game. pic.twitter.com/G19nVJCnVM

RELATED: It Was Joel Embiid vs. Karl-Anthony Towns in a Full-Blown Brawl

And to all the doubters: His foot was behind the line.

Simmons notched another double-double in his 42 minutes, logging 18 points and 13 assists, as Philly (9-5) beat New York (4-11) by the final score of 109-104. Joel Embiid scored a game-high 23 points to go along with 12 rebounds and two blocks, while Marcus Morris paced the Knicks with 22 points.

“Like I’ve said for a while now, other people get more excited about it than I do. But how can that not be a good thing? And really, if we’re all honest, that’s the first legitimate sort of 3 he’s taken. A lot of them have been heaves at the end of periods and stuff like that. But I think his footwork, his confidence — he rose up and he didn’t blink.

This is our reality. Ben Simmons proved he can spot up at the 3-point line, as if the 23-year-old’s talent wasn’t already scary enough. The Philadelphia 76ers star has a long way to go before he’s a “threat” from beyond the arc during playoff time, but getting this first one to go was easily one of the coolest moment of the young NBA season. (Sorry, Carmelo.)

There are sure to be a few more Ben Simmons jerseys walking around the streets of Philadelphia after this, too.