Will Small Ball Work for Texas A&M This Season? 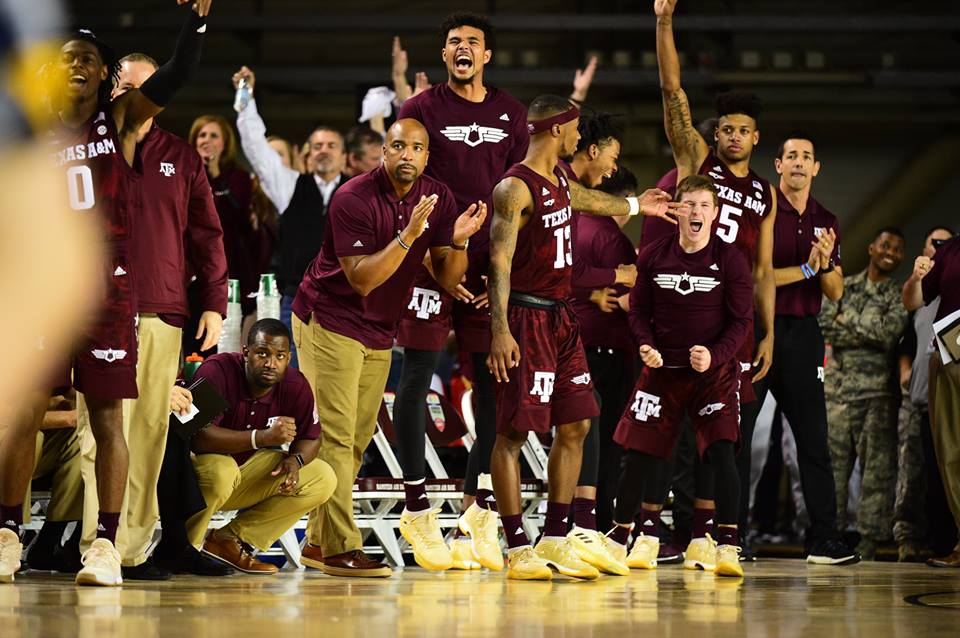 After being bounced out of the Sweet 16 by Michigan in a 27-point blowout at the Staples Center in Los Angeles, CA, Texas A&M is looking to take their team to the next level for the 2018-19 season. However, Aggies Head Coach Billy Kennedy will have to do it with a new team strategy this season.

Coach Kennedy is not getting back a lot of the talent from the Aggie squad that made a deep run in the NCAA tournament last season and it?s definitely going to be a challenge to replicate that accomplishment. The Aggies had a really productive front court, but unfortunately lost all four of their key front-court players to graduation and the pursuit of NBA careers.

So instead of trying to just replace these missing pieces, Coach Kennedy will change philosophy this season and move to more of a Golden State Warriors small-ball style concept. The idea is that the Aggies will be a smaller guard-focused team that will be faster, more athletic, and equipped with the ability to defend a variety of positions on the floor. He’s also banking on their ability to shoot with teams of the likes of Michigan, Duke, and Villanova.

During a recent media interview, Coach Kennedy mentioned that it’s been years since he last prepared to rely on a multiple-guard lineup. The questions now are, can he make this style work for the Aggies, and how will this type of line-up be able to compete in the SEC, which is a very tough basketball conference? The Aggies finished at a mediocre 9-9 in the SEC and 22-13 overall.

A player to watch out for this season that should help in this team immediately in this area is Junior Point Guard Chuck Mitchell. He is a transfer from community college and averaged 19.8 points per game. If he can do that for the Aggies, that will definitely support the new strategy.

The Aggies will have an opportunity to showcase their new look team on a national stage throughout the season. All 18 of the Texas A&M?s SEC regular season games will be nationally televised. A&M?s schedule opens Nov. 7 at home against Savannah State. The Aggies will begin SEC play Jan. 5 at home against Arkansas. We?ll see what they got.