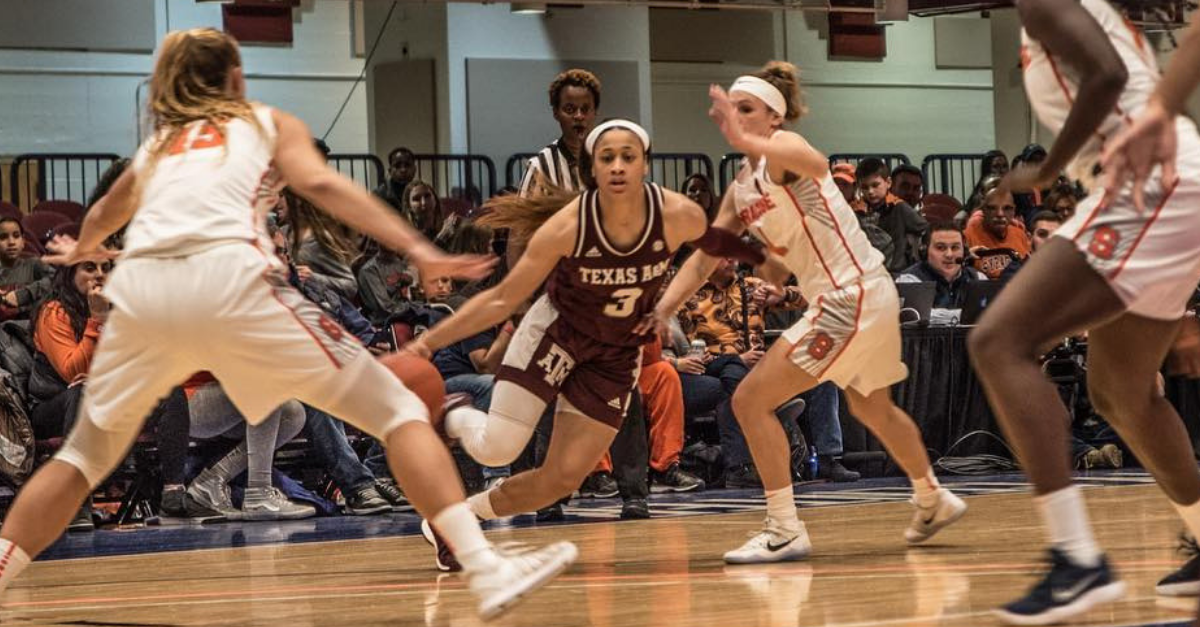 This season started with huge expectations for the Texas A&M Aggies women?s basketball team coming off of a great NCAA tournament run to the Sweet 16 last season. After defeating Rice and trouncing Jacksonville by 20 points last week, people were ready to proclaim that the Aggies have arrived or at least picked up from where they left off.

However, losing in their third game of the season to No. 18 Syracuse by double-digits was a reality check that they still have a ways to go.

On to the next.

Aggies drop one on the road. We return to the court next Tuesday.@CCCreationsUSA // #GigEm pic.twitter.com/HB2aSCwxSJ

It?s not that they lost a game this early in the season, no one predicted that the Aggies would pull a UConn and go undefeated. However, this loss showed that they couldn?t overcome a nationally ranked team when they needed to. Albeit they were on the road, and they were facing one of the other top guards in the country Tiana Mangakahia, but this game got away from them in the second half as the Aggies were up by 1 point 35-34 at the half.

The whole team overall was actually pretty good on defense. They rebounded well and managed seven blocks and 11 steals, but it was the offense that was the issue, shooting just 37.3-percent on the night. Head coach Gary Blair would have loved to see his team hit more in the third quarter of the game when the Aggies were outscored 26-12, but they just couldn?t get buckets.

.@Tianamanga leads the Orange with nine points and three assists in the first half. 'Cuse trails by one, 35-34, at halftime. pic.twitter.com/ldIklSzXCB

This was an early opportunity in the season from them to beat a ranked team on the road and give themselves a little confidence and respect. This would have helped build some early momentum as they are trying to get guard Chennedy Carter more comfortable with her multiple new roles on the floor. The Aggies have arguably the best guard in the country in Carter, and she is playing well averaging about 20 points per game. The only knock right now is that she?s taking a lot of shots to get there. Maybe her commitment to playing more defense is tiring her legs out, and it looked like a common theme for the team against Syracuse.

The one bright spot in this loss is that it happened early and the season. Hopefully, they can use this as an early season learning experience to see how they measure up against ranked competition and make the necessary adjustments. Although this game says that the Aggies are not where they want to be yet, it gives them time to get back to work. This is still a really good team, but their season won?t reach the heights of last season if they count on it being the Chennedy Carter show.