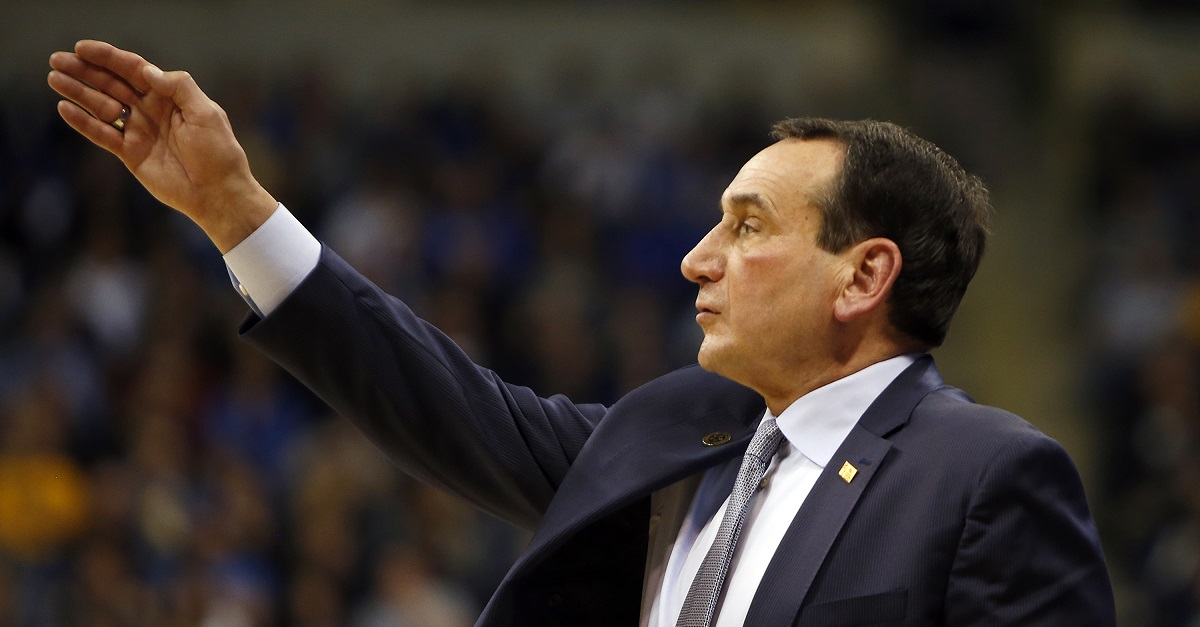 Duke doesn’t generally need any help when it comes to recruiting top notch players. The legendary Coach K is usually enough to get the job done and that seems to be the case for the Blue Devils as they landed the No. 2 recruit in the entire class in Zion Williamson on Saturday night. It was a historic commitment, even for Duke.

Zion Williamson, the No. 2 recruit in the 2018 ESPN 100, commits to Duke. The Blue Devils become the first team to get top 3 recruits of the same class in ESPN 100 Rankings era. pic.twitter.com/88uR2bHsQj

Duke has also landed the top recruit in R.J. Barrett as well as the No. 3 recruit in Cam Reddish. All of these guys are similar heights so it should be interesting to see how Coach K adjusts to playing them all together. He certainly won’t use many two-bigs sets like he does with Wendell Carter and Marvin Bagley and those guys are probably going to be gone after this year anyway.

Kentucky had a top-3 guy in 2015 with Skal Labissiere and again in 2013 with Julius Randle. He had the top guys in 2012 and 2011 with Nerlens Noel and Anthony Davis, respectively. But Calipari has not ever paired any of those guys with other top-3 players despite his No. 1 or No. 2 overall class rankings every year since 2009.