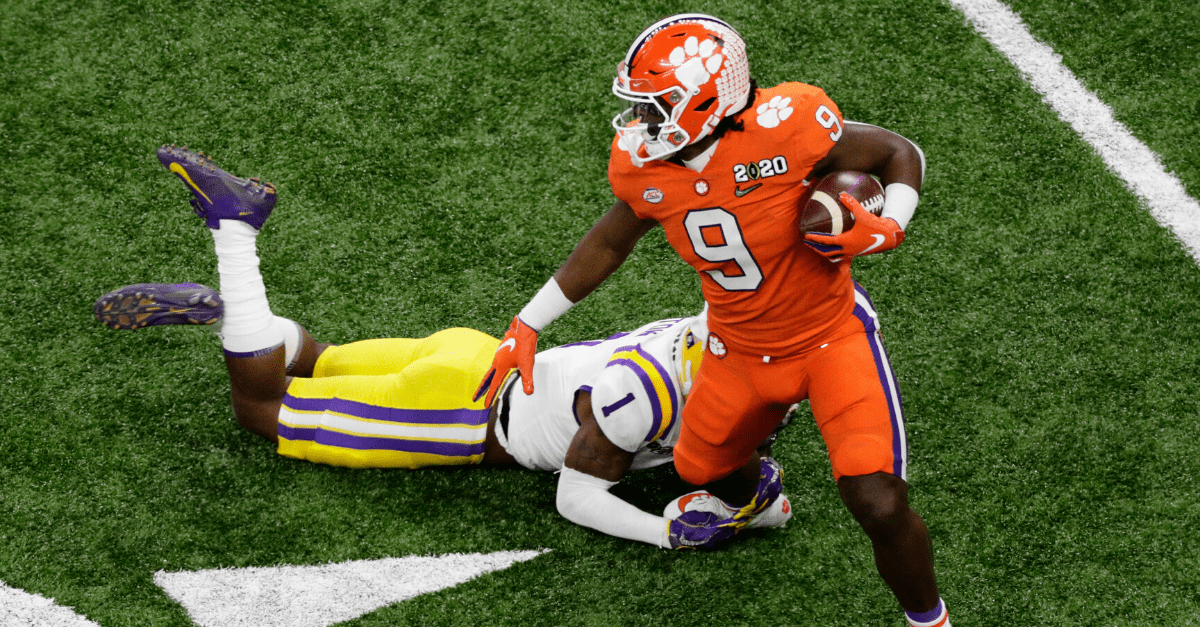 Etienne became Clemson’s all-time rushing leader Monday night when he surpassed the old mark after gaining 78 yards in his team’s 42-25 loss to LSU for the national championship.

Matthew 16:26 “What will it profit a man to gain the whole world, yet forfeit his soul?” #ALLIN pic.twitter.com/r6ZifftnmM

Etienne said his coaches, teammates and fans have helped him become a stronger man and football player these past three years. While he’s dreamed of playing in the NFL, ?I’m not done dreaming here at Clemson either” before saying he would be back.

Etienne was projected as a second-round selection if he chosen to turn pro.

He gained 1,614 yards and 19 touchdowns this season. He holds the ACC career mark with 56 rushing TDs this year.

Etienne followed the path of his former teammates in defensive line All-Americans Clelin Ferrell, Dexter Lawrence and Christian Wilkins who all came back for their senior years after losing in the College Football Playoff semifinals following the 2017 season.