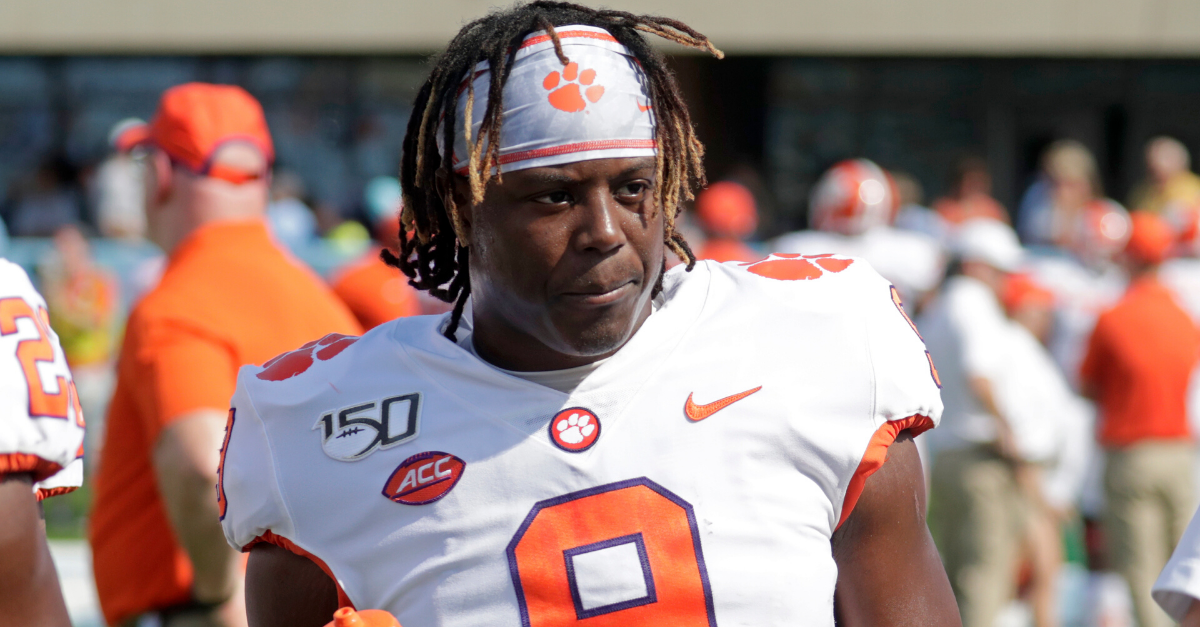 All eyes are on the top-ranked LSU Tigers and No. 3 Clemson Tigers, who will play for the College Football Playoff championship on Jan. 13 at the Mercedes-Benz Superdome in New Orleans. Two popular coaches will headline the title game — Ed Orgeron and Dabo Swinney — as well as future NFL quarterbacks like Joe Burrow and Trevor Lawrence.

Fans of these two teams have already begun the verbal jousting that usually accompanies a championship game, but some LSU fans have apparently taken things farther than “SEC versus ACC” banter.

The mother of Travis Etienne, Clemson’s star running back and two-time ACC Player of the Year, claimed on social media that his family has received threats ahead of the national championship game.

We from Louisiana. We are getting all kind of threats. Sad but true. God is in control. Nothing can penetrate the blood of Jesus..We are blessed‼️

“We from Louisiana. We are getting all kind of threats. Sad but true. God is in control. Nothing can penetrate the blood of Jesus..We are blessed,” Donnetta Etienne wrote in a tweet.

In an interview with Scott Keepfer of the Greenville News, Etienne’s mother said one person even told her the family had 24 hours to leave the state of Louisiana. That seems to qualify as a death threat.

?One person said we had less than 24 hours to get out of Louisiana,? Donnetta said. ?I didn?t take it serious, I just got off social media.

?LSU fans are kind of over the top. We have nothing against LSU; it?s not LSU, it?s LSU fans. They have a big desire for LSU to win the game. The only thing I didn?t like about it is it?s not Travis playing LSU, it?s Clemson playing LSU. But LSU fans started going crazy and we haven?t even played the game yet.?

Etienne is from the small town of Jennings, Louisiana, and was a four-star prospect out of Jennings High School, which is an hour and a half from Baton Rouge. Since heading east to join the Clemson football program, Etienne has blossomed into one of the nation’s premier rushers. He’s rushed for more than 4,000 yards and 55 touchdowns in three seasons.

Orgeron missed out on the Class of 2017 product, which may have left LSU fans salty despite boasting their own impressive home-grown running back in Clyde Edwards-Helaire. The head coach told 247Sports he was “sick to his stomach” when the Tigers failed to lure Etienne to Baton Rouge.

If the threats are credible, hopefully Donnetta contacted authorities to hold these fans accountable. This type of stuff is unfortunately common, especially leading up to rivalry showdowns like Ohio State-Michigan, Alabama-Auburn and Florida-Georgia.

As fans, let’s do a better job of staying civil in the new year.