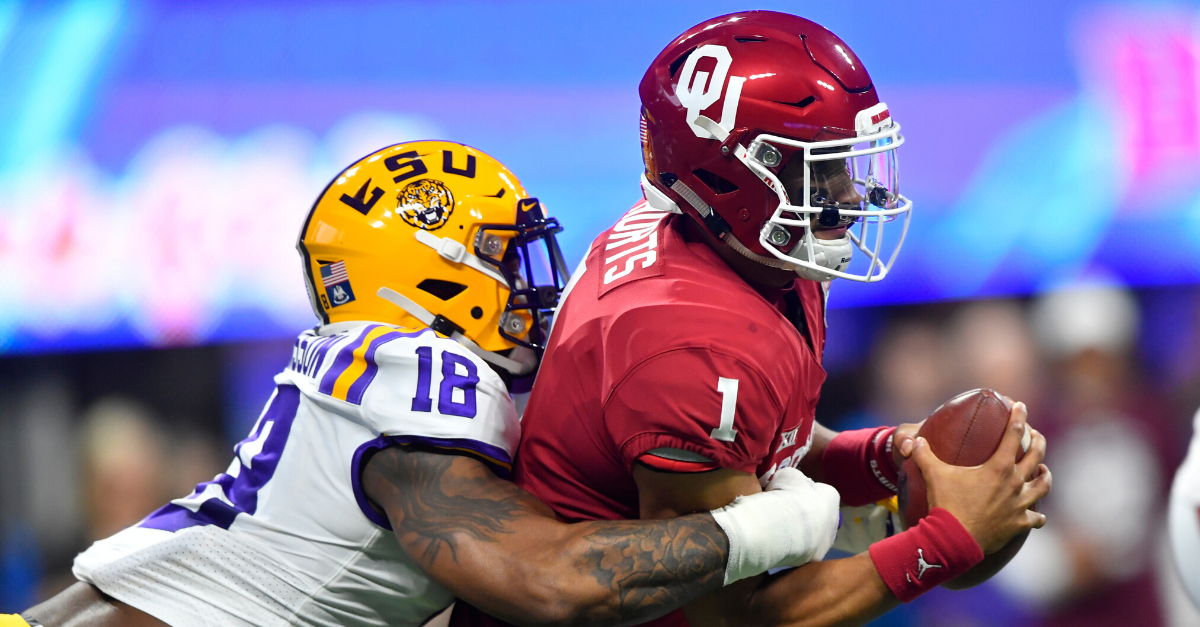 The end of the college football season means bowl game season is in full swing. The FBS, which stands for Football Bowl Subdivision, was appropriately named for the 40 bowl games that NCAA Division I teams compete in each season. They rake in hundreds of millions of dollars every year, meaning everyone from the NCAA, conferences, teams and coaches profit a good chunk of change.

The College Football Playoff alone pays out a total of $24 million for the four teams that play in a semifinal game. For the 2019 season, that includes the LSU Tigers, Oklahoma Sooners, Ohio State Buckeyes and Clemson Tigers. They represent the SEC, Big 12, Big Ten and ACC, respectively.

For bowl games other than New Year’s Six Bowl Games, the postseason payouts are still hefty. For example, the Kentucky Wildcats took home $8.55 million for winning the Citrus Bowl in 2018 and Washington State pocketed nearly $8 million last season for winning the Alamo Bowl.

On tap for bowl season are some great matchups and football games that will net similar paydays:

The amount of money one team receives for winning or playing in a bowl game is determined by its conference. Some, like the SEC, dish out extra cash to a member school playing in a CFP semifinal game. The ACC, however, would divide the $6 million the CFP pays out to Clemson among its 14 member schools.

LSU and Oklahoma are by far the biggest financial winners this bowl season, according to Forbes. Here’s how:

What's On the Line?

The SEC is thankful for Ed Orgeron and Joe Burrow, and it’s showing its appreciation by breaking out the checkbook for LSU.

The conference where “it just means more” is living up to its billing, giving the LSU Tigers $2,050,000 for its appearance against Oklahoma in the Peach Bowl semifinal game in Atlanta. If Burrow blows past the Sooners, the SEC awards the school with an additional $2,150,000 for a national championship game berth.

Following disbursement to LSU, the remainder of that $6 million is divided 15 ways. The conference receives a share, as does each of the 14 member institutions.

Like LSU, Oklahoma receives a nice payday for its hard work this season. The Big 12 will dole out $2 million to the Sooners for their semifinal game appearance.

The Big 12 does not, however, award any additional money to Oklahoma if they move on to the title game. That means Oklahoma can earn up to $2 million without factoring in its share of the conference’s bowl distribution to its members schools. LSU, meanwhile, can earn $4.2 million of the $6 million without considering revenue distribution from the SEC.

For whatever reason, the ACC and Big Ten don’t do things like the conferences mentioned above. They simply divide up the $6 million awarded to each of their member schools thus not rewarding Clemson or Ohio State for their CFP berths.

Forbes pulled out the calculator and determined that Clemson’s share after divvying it up 14 ways comes out to just $428,571, meaning other ACC teams like FSU and Louisville stand to profit from the Tigers’ undefeated regular season and Fiesta Bowl berth. Ohio State will receive a similar payout from the Big Ten.

The other Group of Five conference not mentioned here is the Pac-12, which did not send a team to a playoff semifinal for the third year in a row and fourth year overall since the BCS was done away with. That means the conference missed out on that $6 million check.