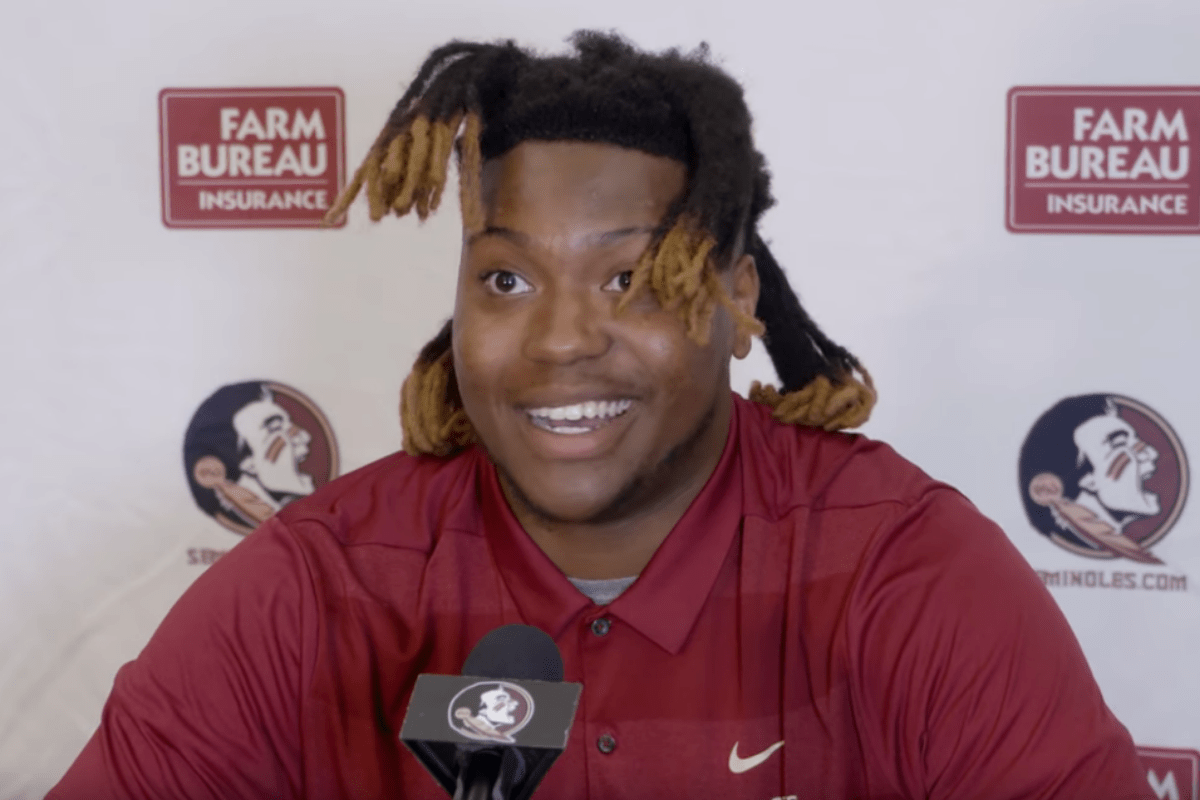 Four-star offensive tackle Rod Orr has done enough to prove his value on the football field.

Playing at Gadsden City High School in Alabama, the 6-foot-7, 296-pound lineman is an absolute force compared to his opponents.

“Little Rod” may just be Orr’s ironic nickname, but there is nothing little about his game.

Despite growing up in Crimson Tide country, Orr committed to head coach Mike Norvell and the Florida State Seminoles in September 2020.

Now, he’s on campus in Tallahassee and is ready to get to work.

Orr is a standout in FSU’s recruiting class. So despite the struggles in recent years, the Seminoles can still land solid talent often.

Rod Orr is ranked so highly for a reason. His size is enough to get him in the door at a high-level program, but he possesses some great footwork for someone as large as he is. He’s able to create holes for running backs, and he offers some excellent blind side protection for the quarterback.

247Sports believes that the FSU signee was the 21st-best offensive tackle in the 2021 class, and this praise is not without facts to back it up.

Offensive lineman Rod Orr is ready to take his first snaps in the NCAA and protect the quarterback against the likes of Miami and Georgia Tech. With a combination of good coaching and positive development, the NFL may not be too far behind.

MORE: FSU’s Newest RB is the Nephew of an NFL Hall of Famer