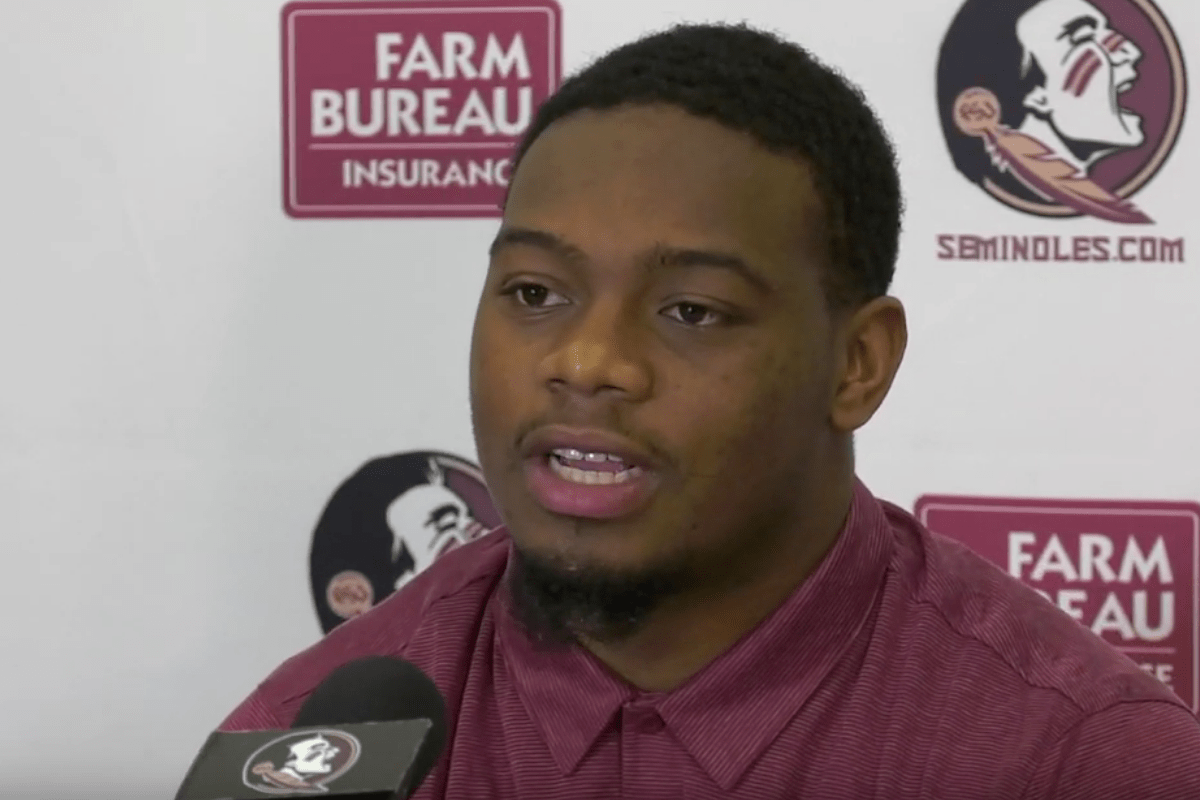 Running back D.J. Williams had every intention of thriving at Auburn when he committed to play there in 2019. Unfortunately, injuries piled up, and he was buried in the depth chart behind Tank Bigsby last season.

After two years of disappointment and the firing of head coach Gus Malzahn, Williams entered the NCAA Transfer Portal.

In 2021, the ex-Auburn Tiger will get to play closer to home with the Florida State Seminoles in Tallahassee.

D.J. Williams will follow offensive coordinator Kenny Dillingham from the Tigers to the ‘Noles, he announced on social media.

Before committing to Auburn while a student at Sebring High School, he had offers from other notable programs, including Alabama, Georgia, Miami, Mississippi State, and Tennessee.

Ultimately, Williams — the nephew of Pro Football Hall of Fame running back Edgerrin James — transferred to FSU to be closer to home and because of the relationships he built with the coaching staff.

FSU football has experienced its share of struggles in ACC recently, but players like DJ Williams could help turn it around. The Seminoles also landed big-time transfers in defensive end Keir Thomas from South Carolina, quarterback McKenzie Milton from UCF, running back Jashaun Corbin from Texas A&M, and defensive end Jermaine Johnson from Georgia.

Mike Norvell is in charge of a rebuild, which is a daunting task in college football.

This year’s football recruiting class, combined with Williams and the other transfers, may help the team in its pursuit back to the College Football Playoff more quickly than anticipated.

The ‘Noles have a new Director of High School Relations as well, so perhaps the relationships made in that department will pay off soon.

Williams had six carries for eight yards and four receptions for 30 yards in the 2021 spring game.

At 5-foot-10 and 208 pounds, D.J. Williams is a powerful rusher who can use his size to barrel through defenders when he’s healthy.

The former four-star prospect totaled just five touchdowns over his first two college seasons, but there is a place for him in the FSU offense.

Taking the place of La’Damian Webb, expect Williams to make an impact as soon as he can.

Williams has NFL potential, but he needs more consistent playing time to make good on his expectations. This transfer to Florida State will help him get the exposure he needs to succeed.