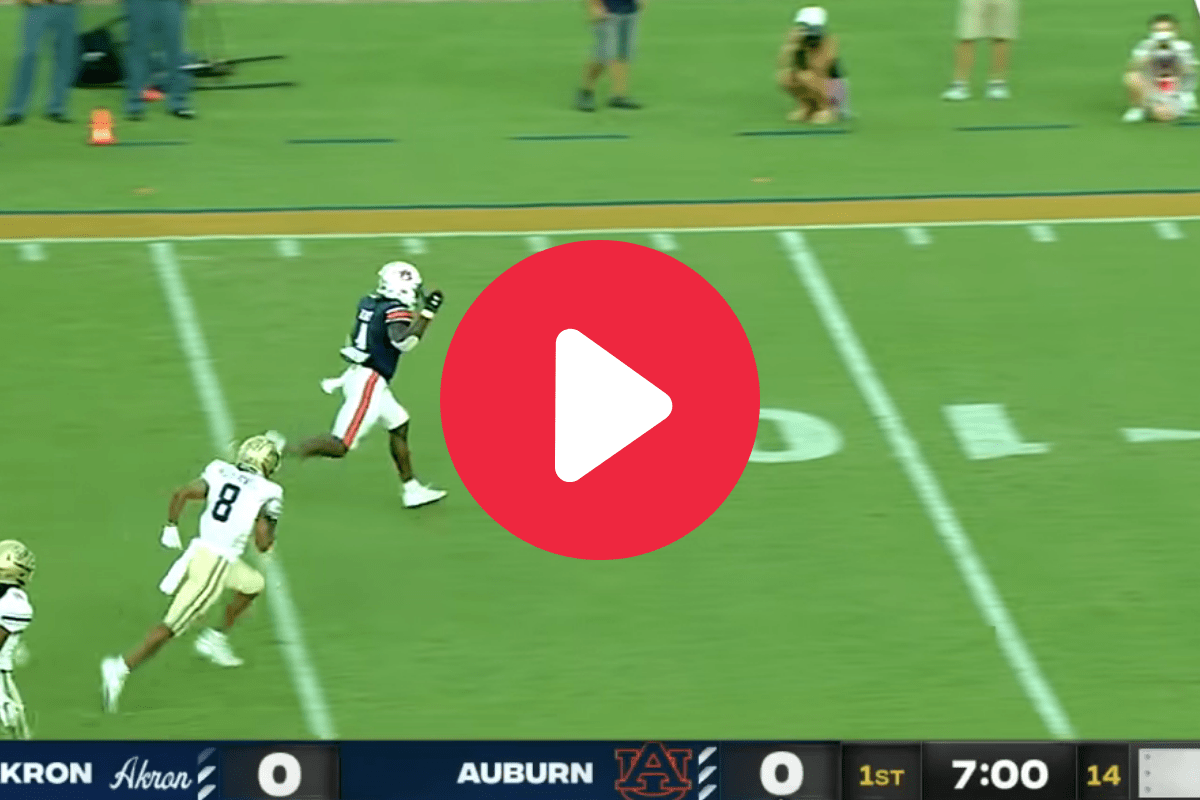 Some nicknames were meant to be. “Broadway” Joe Namath thrived when the lights shined brightest. Walter Payton was “Sweetness” in its purest form. Calvin Johnson morphed into “Megatron” every time the ball was in the air.

Auburn Tigers fans have been treated to another great nickname of their own, and his name is Cartavious “Tank” Bigsby.

Welcome to the #AuburnFamily @Tank5_21!

Cartavious Bigsby struck fear into every defense in Georgia’s Class AA. The Callaway High School standout ran for 3,857 yards and 49 touchdowns over his junior and senior seasons for the Cavaliers. “Tank” verbally committed to head coach Gus Malzahn’s Auburn football team in August 2019, then averaged 11.4 yards per carry and led his team to the state semifinals in his last season.

The Plains was an easy choice for Hogansville’s favorite son, who joined high school teammates Tank Johnson and Keiondre Jones, both of whom are offensive lineman for Auburn University.

“[Auburn] felt like home,” Bigsby said (via LaGrange Daily News). “It felt like I was a member of the family.”

One look at his highlight tape, and you’ll see exactly why they call him “Tank.”

The sudden and bitter departure of 2019’s leading rusher JaTarvious Whitlow left a massive hole to fill ? Whitlow transferred to  Western Illinois in the FCS for the 2020 season. The obvious replacement was sophomore D.J. Williams, who only tallied 84 total carries as a true freshman despite putting 130 rushing yards on LSU’s defense. Mark-Antony Richards, Shaun Shivers and Harold Joiner will also be in the mix, but Bigsby was the breakout candidate of this deep backfield group.

Standing 6-foot and weighing around 210 pounds, Bigsby arrived on campus in January 2020 before the COVID-19 outbreak affected the spring football schedule. Tank wasted no time making noise and setting lofty goals for his collegiate career.

Bigsby proved the coveted trophy could be in his future after a fabulous freshman year where he rushed for 834 yards and five touchdowns in 10 games. His performance earned him the 2020 SEC Freshman of the Year Award and a Second Team All-SEC spot.

The athletic back hasn’t slowed down under new head coach Bryan Harsin. Bigsby has ran for 430 yards and four rushing touchdowns through five games, surpassing the 100-yard mark in matchups against Akron, Alabama State and Penn State. He’s a secure safety net for quarterback Bo Nix and has been improving as a receiver out of the backfield.

No matter if it’s Kentucky, a Saturday night matchup against Bama on ESPN or a heated rivalry game against the Georgia Bulldogs on CBS Sports, you can count on the stud back trucking his way through the defense.

This post was originally published on August 26, 2020 before updating.