The Auburn Tigers may play second fiddle in the state of Alabama to the Crimson Tide, but that doesn't mean the school isn't without its iconic moments and players. Auburn football has brought college football national titles to its neck of the woods, after all.

The first iconic player you think of when you think of Auburn these days is likely quarterback Cam Newton. He led the school to a championship in his single season with the program.

But the history of Auburn running backs is impressive as well. From the early days in Auburn History to today, with Tank Bigsby, Auburn has always had a knack for a ground attack. However, no one can hold a candle to these rushers. These are the ten best running backs ever to do it for Auburn University. These guys made their offensive lines look good. 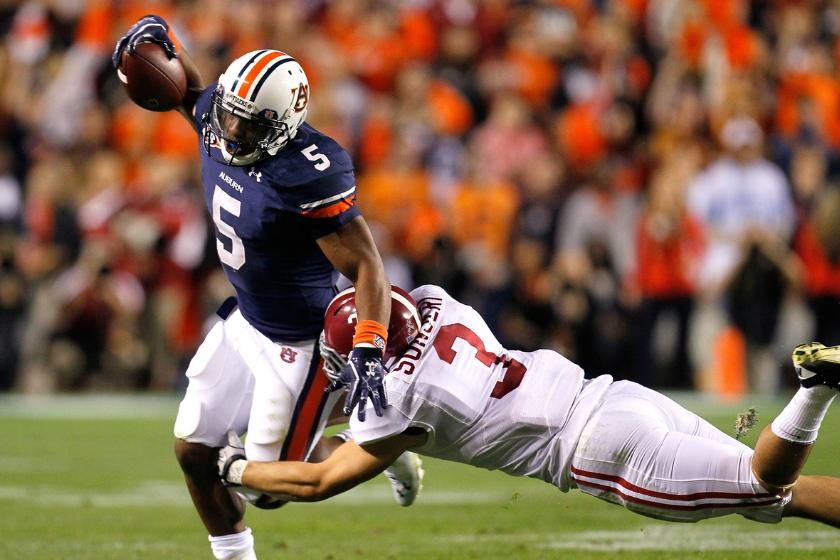 Dyer's knee wasn't down, for starters. We're sorry to bring that up to Oregon fans who remember Dyer helping to lead the Tigers to the title in 2010. That season, Dyer racked up 1,093 rushing yards, the most by a freshman in school history. As a sophomore, he was named first-team All-SEC.

Then, he was suspended for testing positive for synthetic marijuana (which weirdly had a moment in college football). After that, Dyer followed coach Gus Malzahn to Arkansas State, where he had been named the head coach. However, after a police stop, he was booted from the team, ended up at Louisville and had a couple underwhelming seasons there. 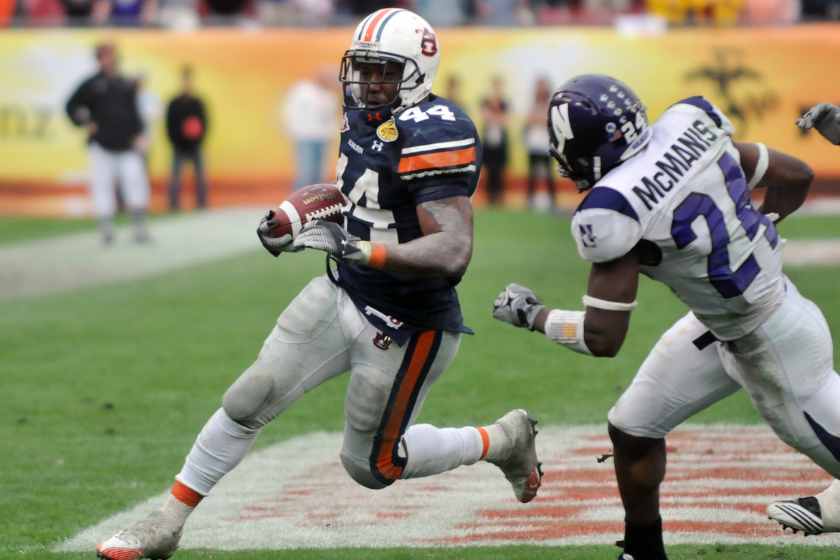 ?Tate brought sprinter speed to Auburn. When Malzahn took over as offensive coordinator in his senior season, it paid off. Tate picked up 1,362 yards and 10 rushing touchdowns. He may not have lived up to the hype coming out of high school, but he had an excellent last season for the Tigers before having a six-year career in the NFL. 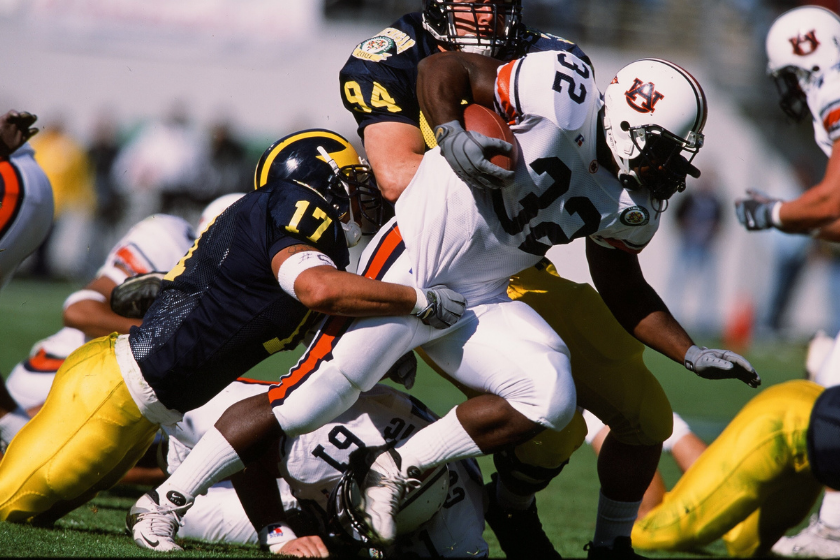 After being named the JUCO Player of the Year, Johnson transferred to Auburn for one season. What a season it was, though. He carried the ball 324 times for a whopping 1,567 yards, fourth-most in school history for a single season. Johnson was named the SEC Player of the Year and then headed to the NFL, where he set the single-season rushing yards record for the Cincinnati Bengals. 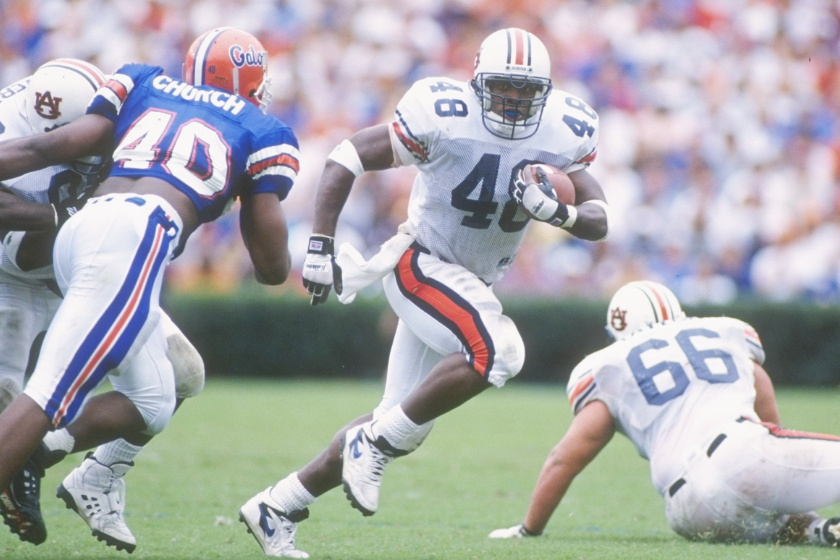 ?No Auburn running back has had a better NFL career than Davis, who was a three-time Pro Bowler and once was first-team All-Pro. Ah, but this isn't an NFL list. Still, Davis had quite the career in the backfield for the Tigers as well. He spent three seasons with the team and was named All-SEC twice. 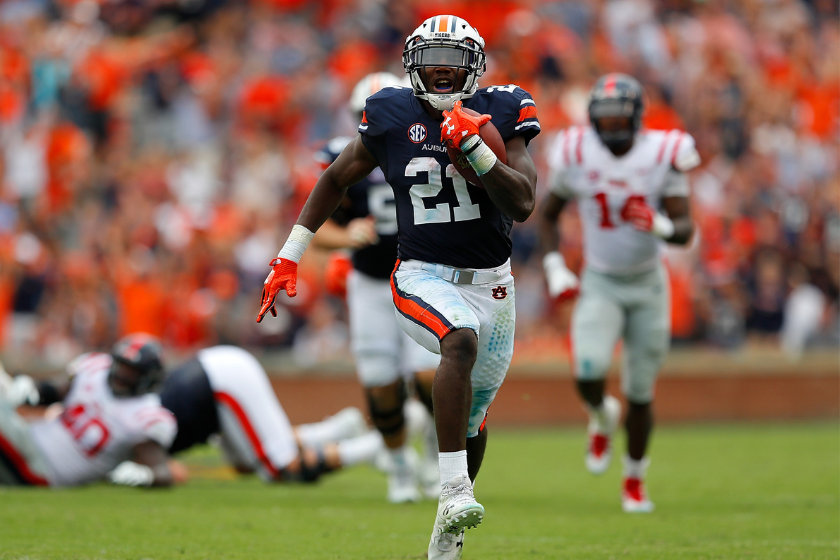 Johnson had to share carries with Kamryn Pettway in 2016 but still managed 895 rushing yards and 11 rushing touchdowns. In 2017, though, he exploded for a breakout season where he notched 1,391 rushing yards and 20 total scores. He was SEC Player of the Year as a result. 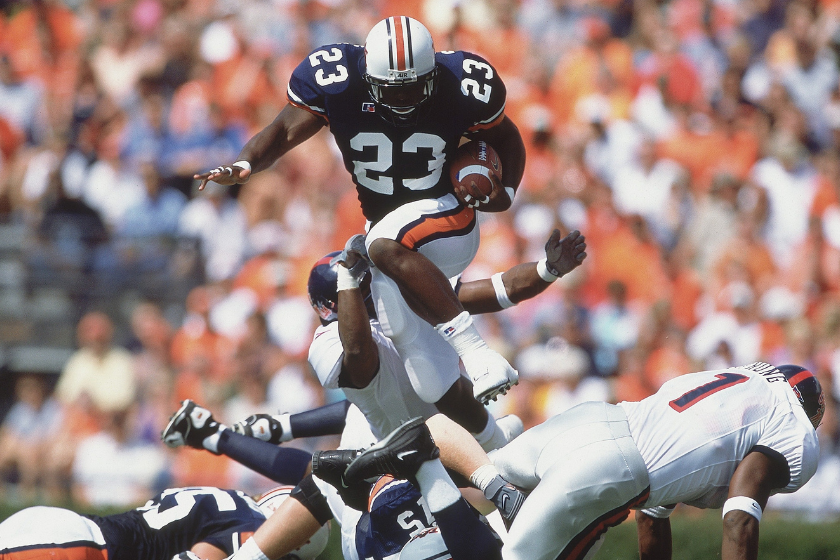 ?Brown was thought of highly enough to be the second-overall pick in the 2005 NFL Draft. He could have had even better numbers in college, but he had to share carries with a guy who was also taken in the top five in that draft and who is higher on this list.

Given that fact, though, it's impressive the numbers that Brown put up and that he was second-team All-SEC twice. Brown was pivotal to the rise of the Wildcat in the NFL with the Miami Dolphins as well. 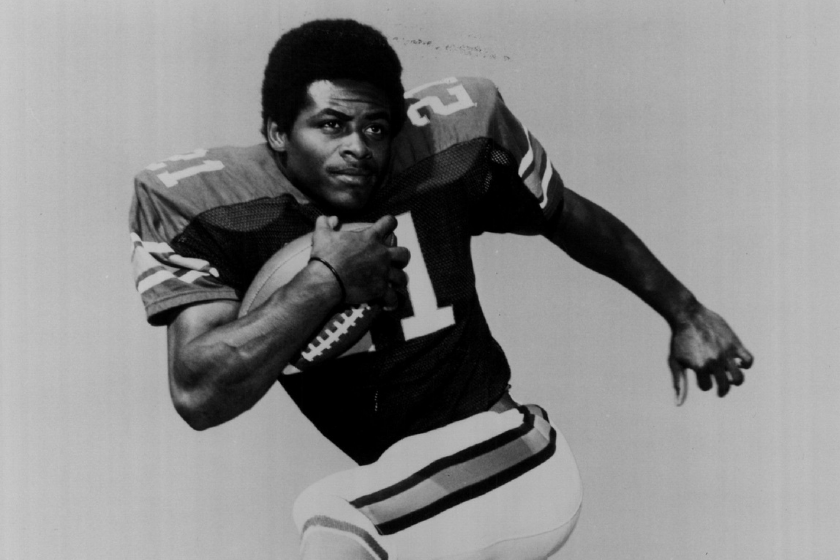 ?Brooks is forgotten a bit. Perhaps it's because the Georgia native graduated college in 1980. Maybe it's because Auburn wasn't that good at the time. All we know is that he was an All-American, an elite returner, and the school's all-time leading rusher when he left for the NFL, where he was a four-time Pro Bowler. 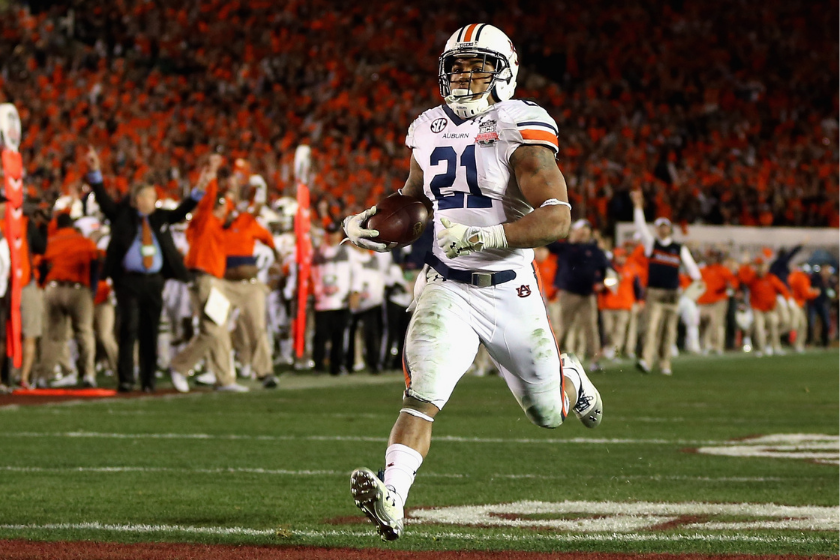 Tre Mason averaged 5.8 yards per carry at Auburn, so he could have had even better numbers if he had gotten even more carries. In 2012, he eked over 1,000 yards, but then in 2013, he broke out for 1,816 rushing yards and 23 rushing touchdowns. He broke Bo Jackson's school record for rushing yards in the season and was a Heisman Trophy finalist. Breaking any Bo Jackson record will earn you high praise. 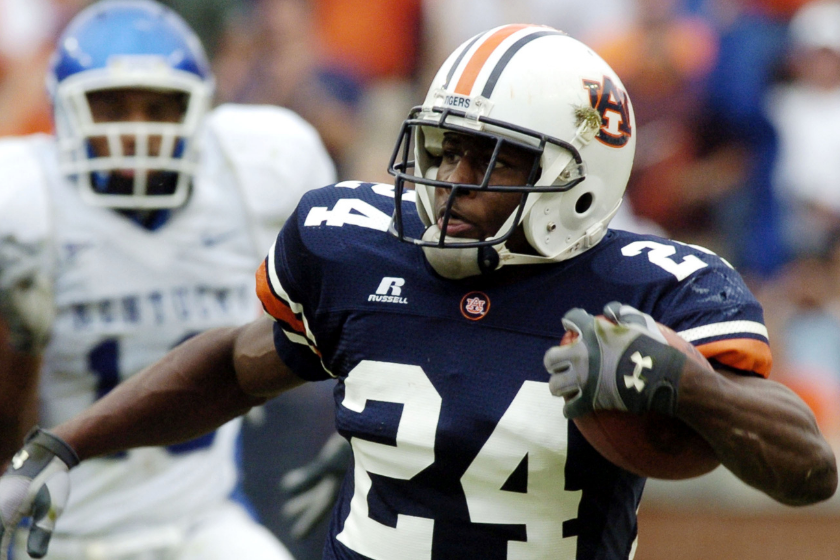 Carnell Williams, also known as Cadillac, is the one who shared the backfield with Ronnie Brown. Williams was taken fifth overall in that 2005 Draft by another team based down in Florida, the Tampa Bay Buccaneers.

Brown may have been drafted higher, but Williams was the better player at Auburn. When he left college, he owned the school record with 45 rushing touchdowns (which he still owns) and was second with 3,831 rushing yards. Cadillac was the NFL Offensive Rookie of the Year as well, but injuries really hampered his career. 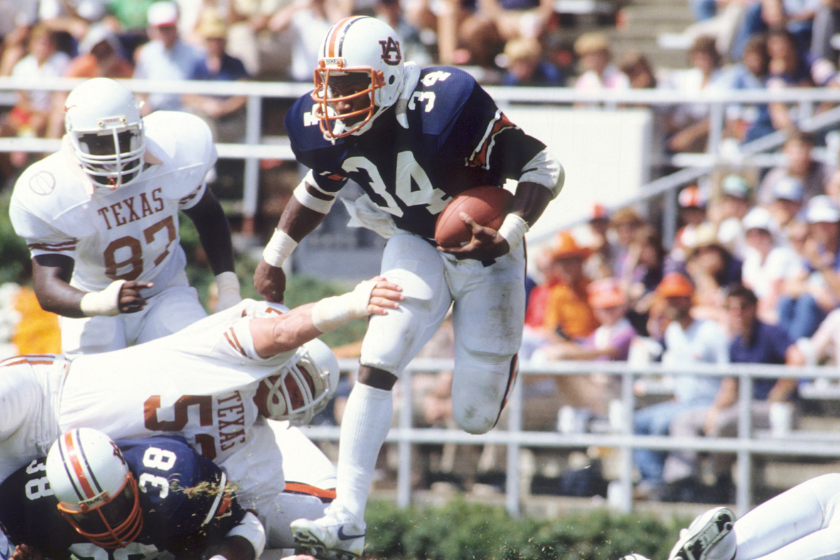 There was no other answer to who the best Auburn running back is than Bo, with all due respect. He's the one who won a Heisman. He's the one who has had his number retired by Auburn. Jackson was one of the most famous athletes in the world as a two-sport professional star, but before that, he was a stunning football fans in college. Bo's 4,303 rushing yards are still the all-time school record.

He was not just a football player, he was a force of nature. And for that, Bo deserves the No. 1 spot.