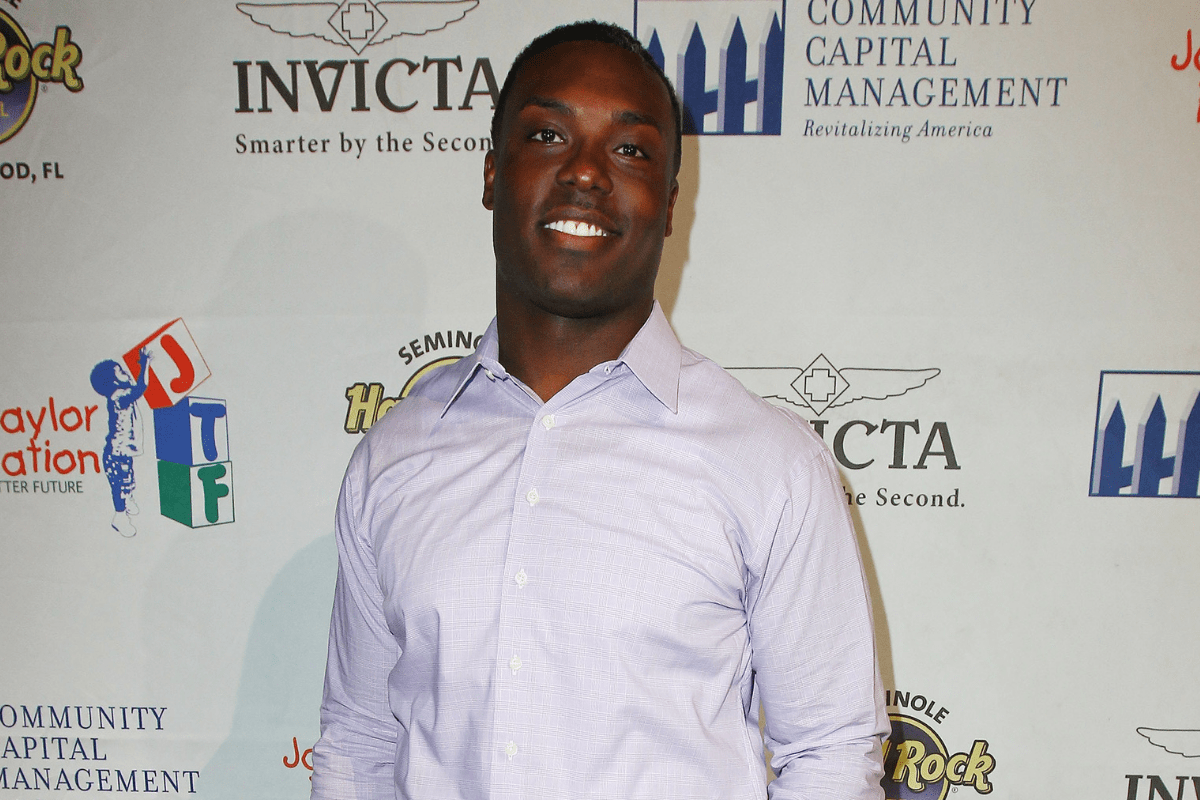 Speed and power. Thunder and lightning. Shake and Bake.

These attributes can all be used to describe the backfield tandem of Ronnie Brown and Carnell “Cadillac” Williams.

The Auburn running backs dominated the ground game, juked linebackers out of their cleats, and helped lead the Tigers to a 13-0 record in 2004. Their performances in the undefeated season catapulted both to the NFL where they each had respectable careers.

Cadillac Williams is on the sidelines at his alma mater as the running backs coach.

What happened to the other half of Auburn’s mighty duo?

RELATED: Jason Campbell Led Auburn to Undefeated Glory, But Where is He Now?

Running back Ronnie Brown attended Cartersville High School in Cartersville, Georgia, and racked up plenty of yards and touchdowns.

During his college football career at Auburn University, Brown studied communications. He redshirted as a freshman and gradually saw his playing time increase.

In 2002, Brown had his best season playing for Tommy Tuberville by accumulating 1,008 yards on the ground and 13 rushing touchdowns. By his upperclassmen seasons, Brown split backfield duties with Williams. His numbers decreased, but he was just as electric.

Brown, Williams, and quarterback Jason Campbell spearheaded the high-powered 2004 Auburn Tigers football team that beat Virginia Tech in the Sugar Bowl to go undefeated. Despite never suffering a loss, the Tigers didn’t get a chance to play for the national title and finished second in the final AP rankings. Brown was named Second-team All-SEC in 2002 and 2004.

Highly-touted for his ability to catch receptions as a wide receiver, Brown was the second-overall pick by the Miami Dolphins in the 2005 NFL Draft. Down in Florida, Brown popularized the Wildcat formation, shared the workload with Ricky Williams, and played under head coach Nick Saban for two NFL seasons. He earned a Pro Bowl Selection in 2008.

In a 10-year pro career with the Dolphins, Philadelphia Eagles, San Diego Chargers, and Houston Texans, the first round draft pick rushed for 5,391 yards, scored 38 touchdowns and made the playoffs twice. He retired in 2014.

The former Auburn football player went from managing the backfield to managing people’s finances. According to his LinkedIn profile, Brown has been a financial advisor for UBS in Atlanta since September 2021.

Previously, he was a Senior Wealth Strategy Associate at UBS where his main clients were athletes. He is also a motivational speaker.

Brown was inducted into the Alabama Sports Hall of Fame in 2020.

His playing career is long over but the New York Jets, Cincinnati Bengals, New England Patriots, Oakland Raiders, Seattle Seahawks, Tampa Bay Buccaneers, and Tennessee Titans still have nightmares about Brown lining up in the Wildcat.

MORE: Tre Mason Had It All at Auburn, But Where is He Now?