Jason Campbell Led Auburn to Undefeated Glory, But Where is He Now? 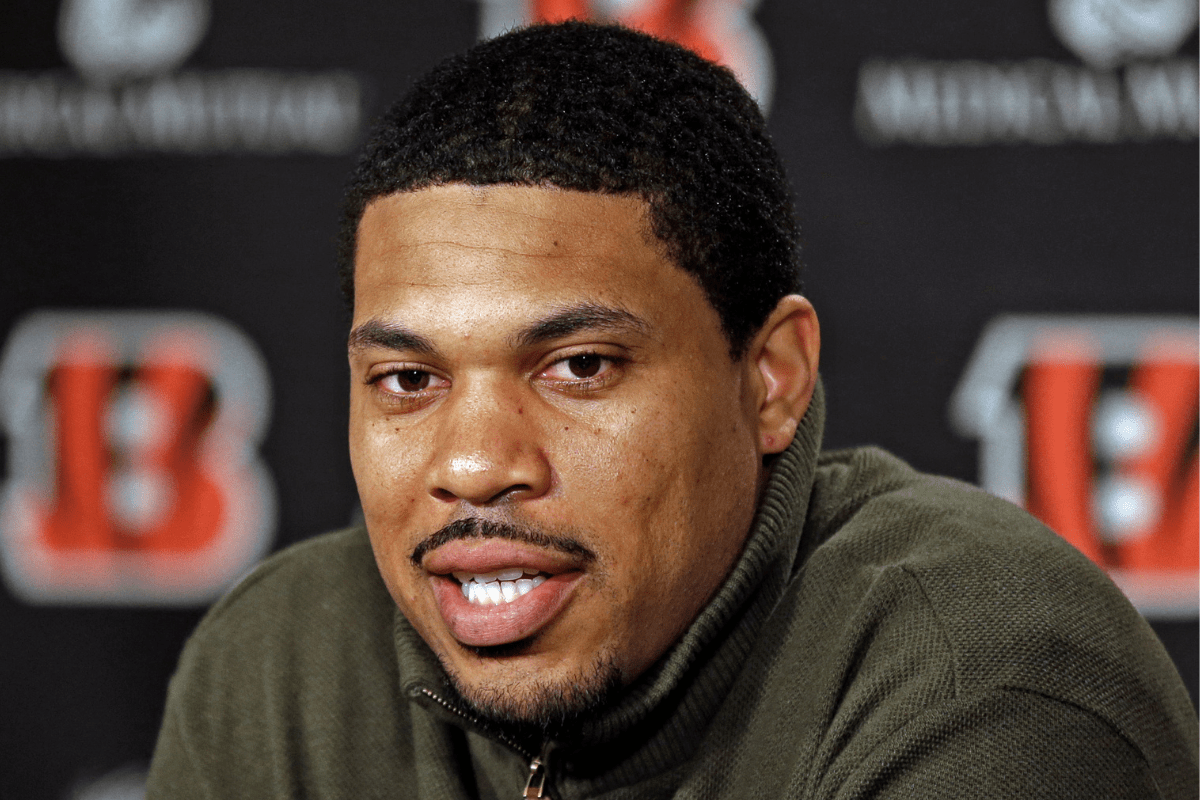 Jason Campbell was one of best quarterbacks in Auburn football history. The 6-foot-5 right-handed passer still ranks second all-time in the program’s career passing yards department, plus he led the Tigers to an undefeated season, was named SEC Championship MVP and earned SEC Player of the Year honors in 2004.

Campbell went on to play nine years in the NFL for teams like the Washington Redskins Oakland Raiders, Chicago Bears, Cleveland Browns and Cincinnati Bengals. He finished his career with more than 15,000 passing yards and made millions over that time.

After serving as a backup quarterback later in his professional career, Campbell hung up his cleats and called it quits on his career in 2015.

Since then, Jason Campbell has kept quite busy. He’s also returned to Auburn, where fans who enjoyed watching him can now listen to him.

Campbell became a star playing at Taylorsville High School in Mississippi. The Laurel, Mississippi native then agreed to play for head coach Tommy Tuberville at the turn of the century.

The massive signal caller played four season on The Plains. He became renown for leading the a 2004 Auburn football team to an undefeated, 13-0 season that included thrilling wins over LSU, Tennessee, Georgia, Alabama and Virginia Tech in the Sugar Bowl.

Campbell finished his 2004 campaign with 2,700 passing yards and 20 touchdowns while having a loaded running back room of Carnell “Cadillac” Williams and Ronnie Brown at his disposal.

Jason Campbell in the NFL

Campbell parlayed his college football success into becoming a first-round pick by the Washington Redskins in the 2005 NFL Draft.

The starting quarterback compiled more than 10,000 passing yards and 55 touchdowns in Washington D.C. The former Auburn star’s greatest season may have come in 2009, when he threw for 3,618 yards and 20 touchdowns despite his team’s 4-12 record. He was traded after the team brought in new head coach Mike Shanahan and acquired Donovan McNabb.

Campbell’s career featured stints with the Raiders, Bears, Browns and Bengals. He served as a backup to quarterbacks like Jay Cutler and Andy Dalton. He finished with 87 touchdowns and 60 interceptions. He even made more than $24 million in the NFL, according to Spotrac.

Over the course of a decade, Campbell played on teams that went 76-83-1 and just 1-3 in playoff games. As SB Nation wrote in 2015, Campbell should have won more but played on cruddy teams that often fired their head coaches:

“Meanwhile, the following quarterbacks all won or participated in a Super Bowl since 2000 despite having a career passer rating worse than Campbell’s: Trent Dilfer, Kerry Collins, Jake Delhomme and Rex Grossman. Brad Johnson, Matt Hasselbeck and Eli Manning were less than one point better.”

What Happened to Jason Campbell?

After retiring, Campbell played a lot of golf and remained around the gridiron.

He served as the quarterbacks coach for Northview High School in Johns Creek, Georgia. He was asked by former Auburn running back Fred Beasley, who was the team’s offensive coordinator.

“He called me up this spring and said, ‘hey, you busy?'” Campbell recalled to AL.com. “I told him, ‘eh, not really just golfing.'”

In 2017, Campbell came back to Auburn to join the Auburn Sports Network pregame radio show.

“This is such a great opportunity to join the Auburn Sports Network, where I already feel part of the team,” Campbell said in a release. “When I finished my football career, they welcomed me into the broadcasts, on signing day and with the spring game. I feel comfortable with those guys and we have a lot fun. I’m glad to be back on campus with the Auburn Family.”

Campbell is still an integral member of the radio crew. He works alongside memorable names like Ronnie Brown, Stan White and the voice of the Auburn Tigers, Andy Burcham.

Campbell also hosts his own podcast, Bleav in Everything Aubur?n?.

Campbell was previously engaged to longtime girlfriend Yenicia “Jenny” Montes, but in 2012 news broke that their wedding was called off.

According to Bleacher Report, Campbell got cold feet prior to the wedding that was planned at a Dominican Republic resort. Campbell denied any rumors of leaving Montes at the altar in an article written by the Opelika-Auburn News, citing a mutual decision for personal reasons.

One glance at Campbell’s Instagram profile, and it doesn’t appear he’s currently married to anyone.

Campbell’s football success has somewhat translated into financial success, but it could’ve been much higher.

Campbell told The Game Plan podcast that he missed out on an opportunity to become an early investor in Uber, which likely would’ve made him a lot richer.

?I was still playing ball and I was kinda like, ah, you know, you hear about these stories and being kind of shy about it, but I didn’t know much about it cause I didn’t have the time to educate myself on it. So I stayed away from it. So you miss some, sometimes that happens as part of investing,” Campbell said.

According to Celebrity Net Worth, Campbell has an estimated net worth of $3 million. That isn’t half bad for the former NFL and Auburn Tigers football player.