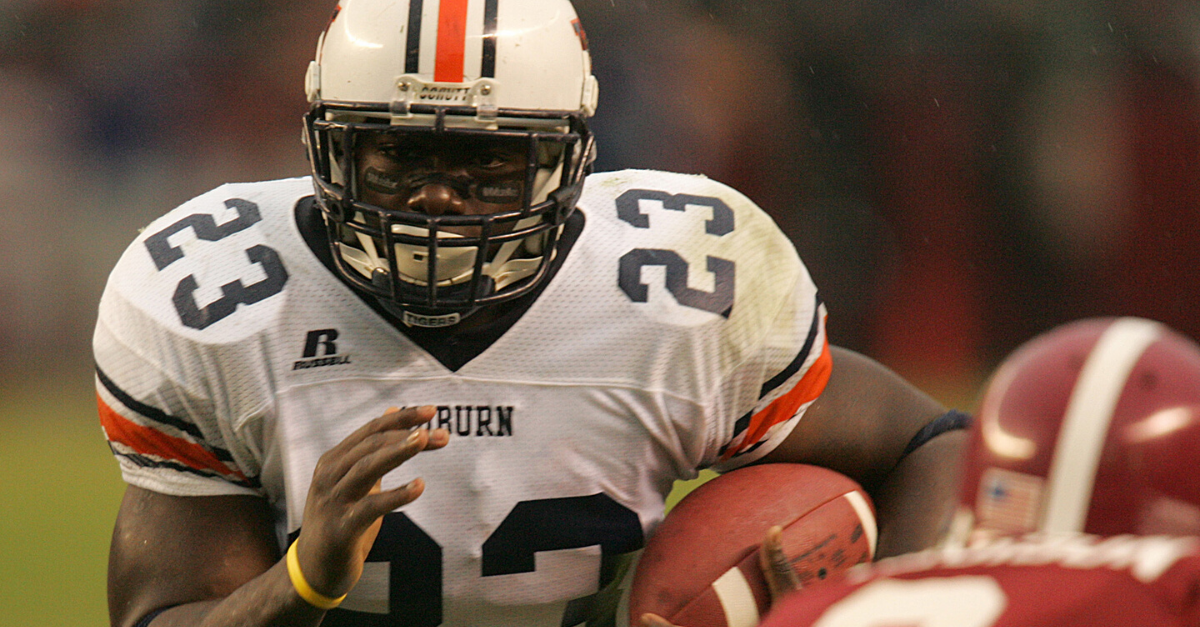 The Auburn Tigers have had some pretty electric running backs in their 117 seasons on the gridiron. Bo Jackson is the ultimate Auburn legend and that will never change, and Carnell “Cadillac” Williams scored more rushing touchdowns than anyone in school history.

The one running back too often overlooked in Auburn history is Ronnie Brown. Brown started less than half of his collegiate games when he played from 2000-04 and yet still finished his NCAA career 2,707 rushing yards and 28 touchdowns. That’s good enough for ninth on Auburn’s all-time career rushing leaderboard.

Brown, who was drafted second overall in the 2005 NFL Draft by the Miami Dolphins and spent 10 years in the league, is already an SEC Football Legend. Now, he’s being inducted into the Alabama Sports Hall of Fame in Birmingham.

Wow! I just received this email. I am beyond thankful, grateful and blessed. Thank you to ALL who stood before me, stood beside in challenges and behind me in support. This is a TEAM achievement. Won’t HE do it! #ChasingGreatness pic.twitter.com/nOHGY2Ja2N

Brown headlines a list of eight new inductions to the ASHOF. The class of 2020 chosen by the board of directors of the state of Alabama Sports Hall of Fame includes:

The ASHOF’s website says its mission is “to honor, preserve and perpetuate the names, deeds and records of those, living and dead, who by achievement or service, have brought lasting fame and honor to the State of Alabama and to themselves through their outstanding accomplishments.”

Brown is now one of the 369 sports figures that make up the Alabama Sports Hall of Fame. They include icons like Hank Aaron, Joe Louis, Willie Mays and Carl Lewis.

Brown will become just one of many college football players that has been inducted into the hall. He joins Joe Namath, Bo Jackson, Bart Starr and plenty more.