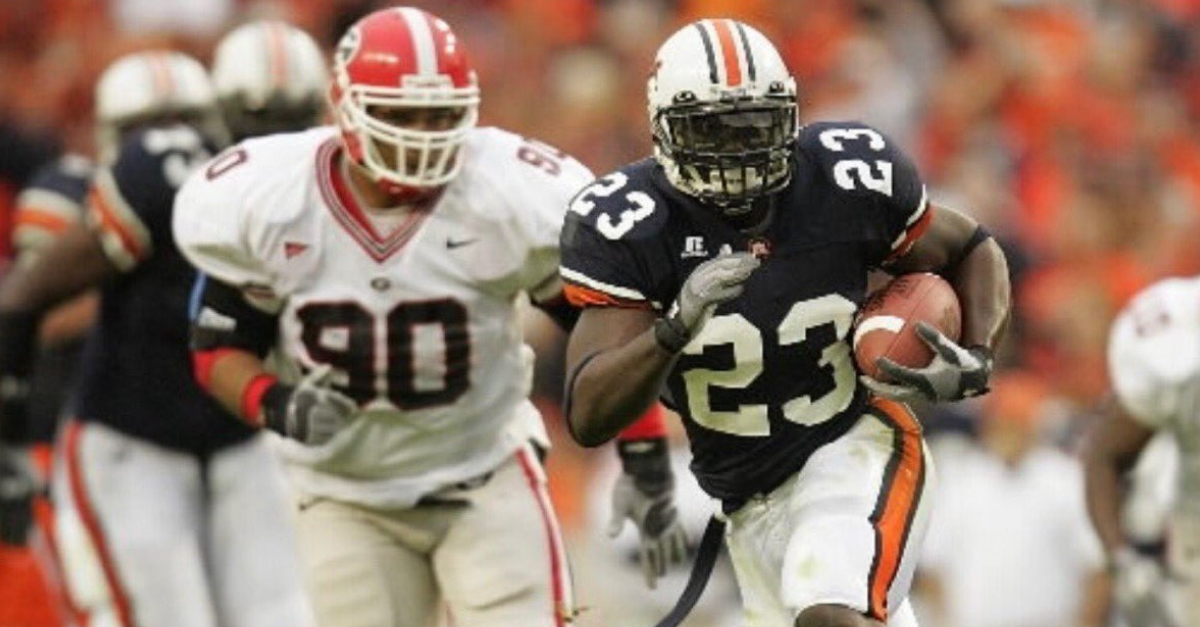 Throughout its storied history, Auburn University has had some of the greatest running backs in the SEC. From Bo Jackson to Brent Fullwood, it’s definitely a star-studded list. However, there is one name that is often forgotten when talking about Tigers greats: Ronnie Brown.

That?s why the 6-foot, 220-pound ball carrier has been named to the 2018 AT&T SEC Football Legends class and will be honored Saturday when the Tigers host Tennessee at Jordan-Hare Stadium in Auburn, Alabama.

Yesterday I i was honored to be elected as a 2018 @sec football legend. I want to thank my family, friends, former teammates and ALL of u who have supported me throughout my career! Thank you! #humbled #WEdidit

“My first year I get there, Rudi [Johnson] is there, then we bring in Carnell [Williams],” the 36-year-old Brown said. ?For me not to really ever have the starting role at running back, I’m humbled by it, but at the same time I’m surprised. I’m excited about it as well because there was a lot of hard work that went into it, and I’m just fortunate to receive this honor.?

After leaving Auburn, Brown was selected No. 2 overall in the 2015 NFL Draft by the Miami Dolphins and played 10 years in the NFL.

Two years ago, quarterback Jason Campbell, who played with Brown in 2004, was also honored.

That 2004 Auburn team, as many may recall, went undefeated with a 13-0 record that season, but did not play for a national championship.  Some believe that the undefeated SEC team that didn’t play for a title that season was one reason for changes in the BCS. During that season, Brown rushed for almost 1,000 yards again.

Each year, the Southeastern Conference honors a former football player from each of its 14 schools as an SEC Legends and Brown will be honored during the 2018 SEC Championship Game in Atlanta.

READ MORE: What is Gene Chizik Actually Doing These Days?