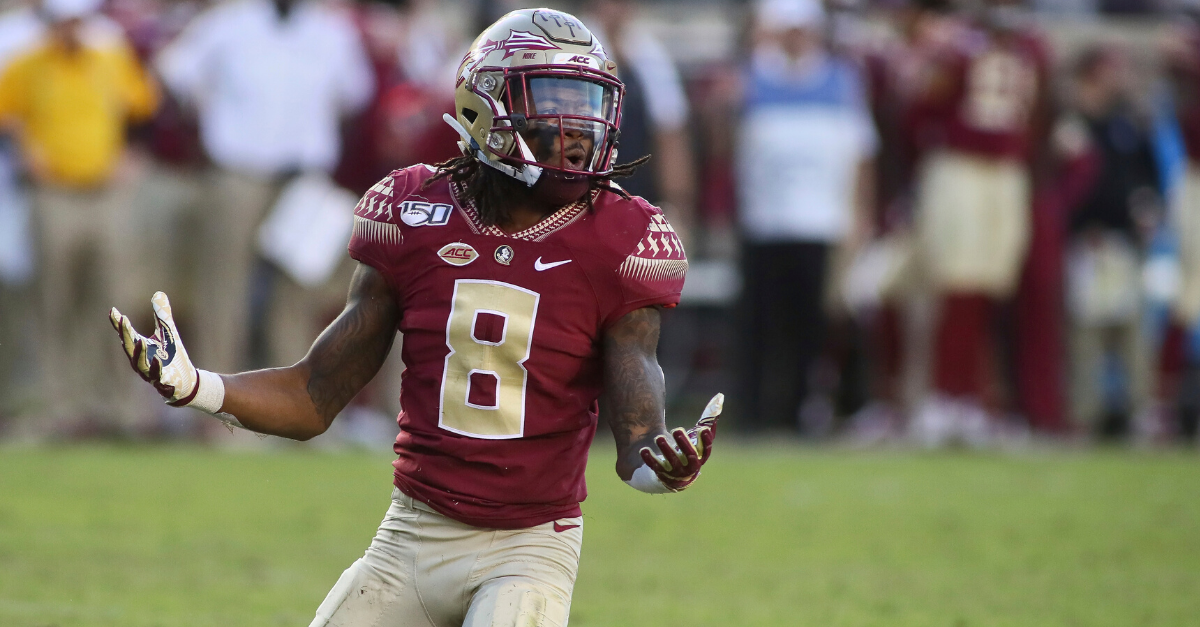 Ever since he was a little kid, cornerback Stanford Samuels III dreamed of playing for the Florida State Seminoles. It was where his dad went, and he wanted to follow in his footsteps. He did, and, man, he was pretty darn good for the ‘Noles.

For the past three years, Samuels was a bright spot for the NCAA college football program trying to get back to national prominence. He played in every game, recorded 145 tackles, and added eight interceptions.

His time in Tallahassee done, however. Samuels has decided to skip his senior season and enter the 2020 NFL Draft.

Playing in the NFL was also a childhood dream. He joins star running back Cam Akers as notable FSU players to declare for the draft before the Sun Bowl against Arizona State.

Samuels III announced his decision with a touching letter on Instagram.

?I want to first thank God for the opportunities and abilities he has given me. I owe a huge thank you to my mom, dad, grandparents, uncles and aunties for all of their support. I am so incredibly appreciative as a young child while my dad was playing here. I was born a Nole, so it was a dream come true to wear the Garnet and Gold just like he did.

?Now I have the chance to fulfill another dream of by playing in the NFL. The support and sacrifices of so many people to help. Me reach these dreams means so much that thank you seems insufficient, but I appreciate all of you. I will cherish the relationships I?ve been able to make with my FSU Football brothers for the rest of my life.

?These three years in Tallahassee have helped me become the man I aspire to be, and I can?t say thank you enough to all of the coaches, support staff and my learning advisor who have made that happen.

?I look forward to continuing to represent the Florida State Seminoles at the next level.?

A Pembroke Pines, Florida native, Samuels was a consensus top-five cornerback in the country while playing for Flanagan High School. Choosing FSU was a no-brainer and made a nice impact from the moment he got to campus.

Life goes on, though, and a new chapter is about to begin for Stanford Samuels III.