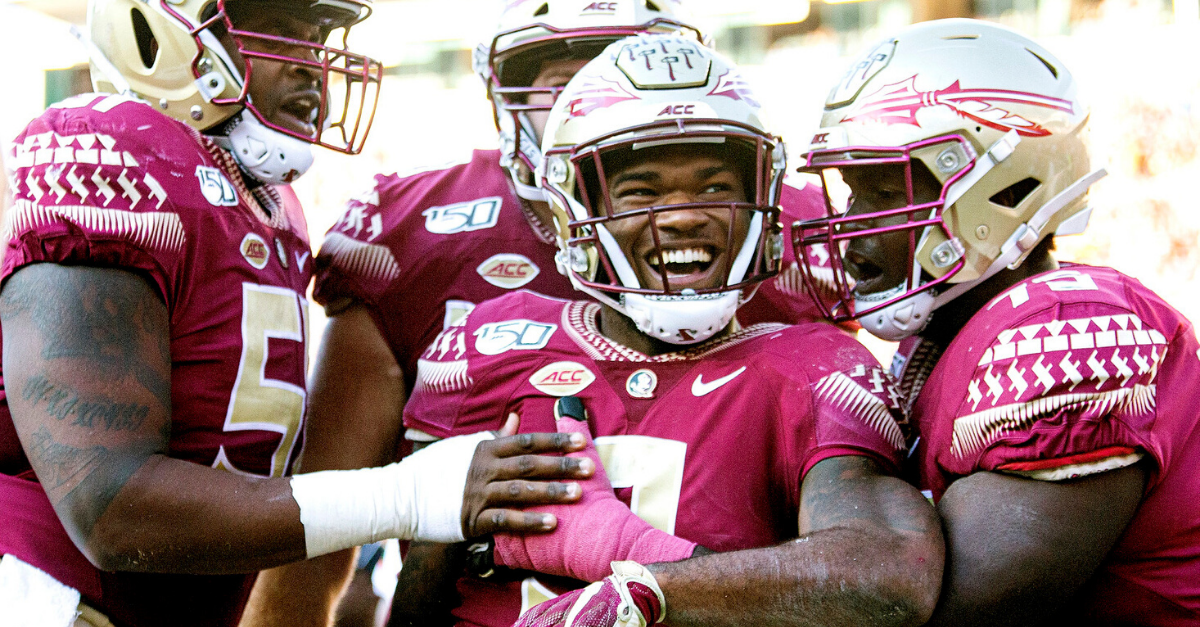 The Florida State Seminoles haven’t seen many bright spots this season, but running back Cam Akers is one of them. Despite FSU firing head coach Willie Taggart and spearheading a hectic coaching search that led to former Memphis coach Mike Norvell, Akers showed the nation why he was one of the best running backs in NCAA football.

After three years in Tallahassee, Akers is heading to the NFL. The junior from Clinton, Mississippi, announced in a tweet he plans on skipping Florida State’s bowl game and declaring for the 2020 NFL Draft.

“I cannot begin to express how valuable my three years here have been, especially the relationships I’ve made with teammates, coaches, support staff and other students. When I committed to Florida State I had no idea the type of growth and development I would experience as a man and a football player. These last three years have been incredible, and I am so appreciative that the FSU family welcomed a kid from Mississippi with open arms. Knowing there was a decision to be made at the end of the season, these last few weeks have been difficult for me. I’m thankful for my family and the support they have given me and for God putting me in this position. I have decided to enter the 2020 NFL Draft and will not play in the Sun Bowl. Even though I won’t be playing in the bowl game, I will be at practice and in El Paso supporting my teammates. It’s crazy to think that I’ve played my last game as a Florida State Seminole, but I will carry FSU with me wherever I go. Thank you again to Florida State and our fans for everything.”

Akers is widely considered one of the top NFL draft prospects in a loaded running back class and could be selected in the first few rounds.

ESPN ranks him No. 4 behind Georgia’s D’Andre Swift, Ohio State’s J.K. Dobbins and Wisconsin’s Jonathan Taylor. USA Today slots him at No. 9 behind names like Clemson’s Travis Etienne and Alabama’s Najee Harris.

In 2019, Akers posted 14 rushing touchdowns and 1,144 rushing yards, which ranked fourth in the ACC. As a sophomore in ’18, he rushed for 706 yards despite coming out of a backfield behind one of the worst offensive lines in the country. He set the FSU freshman rushing record (1,025 yards) previously held by Dalvin Cook.

Coming out of Clinton High School, Akers was a five-star prospect and considered the top running back in the 2017 recruiting class by 247Sports. He made an impact from day one, recording a career-high 199 rushing yards against Syracuse as a freshman in ’17.

Akers skipping his team’s matchup against Arizona State in the Sun Bowl is not an uncommon decision. Every year, high-profile NFL prospects skip their bowl games to prevent injury and preserve draft stocks.

Akers has the talent to be an instant starter for an NFL team. He’d join Dalvin Cook, Devonta Freeman and Chris Thompson as former FSU halfbacks playing in the league.