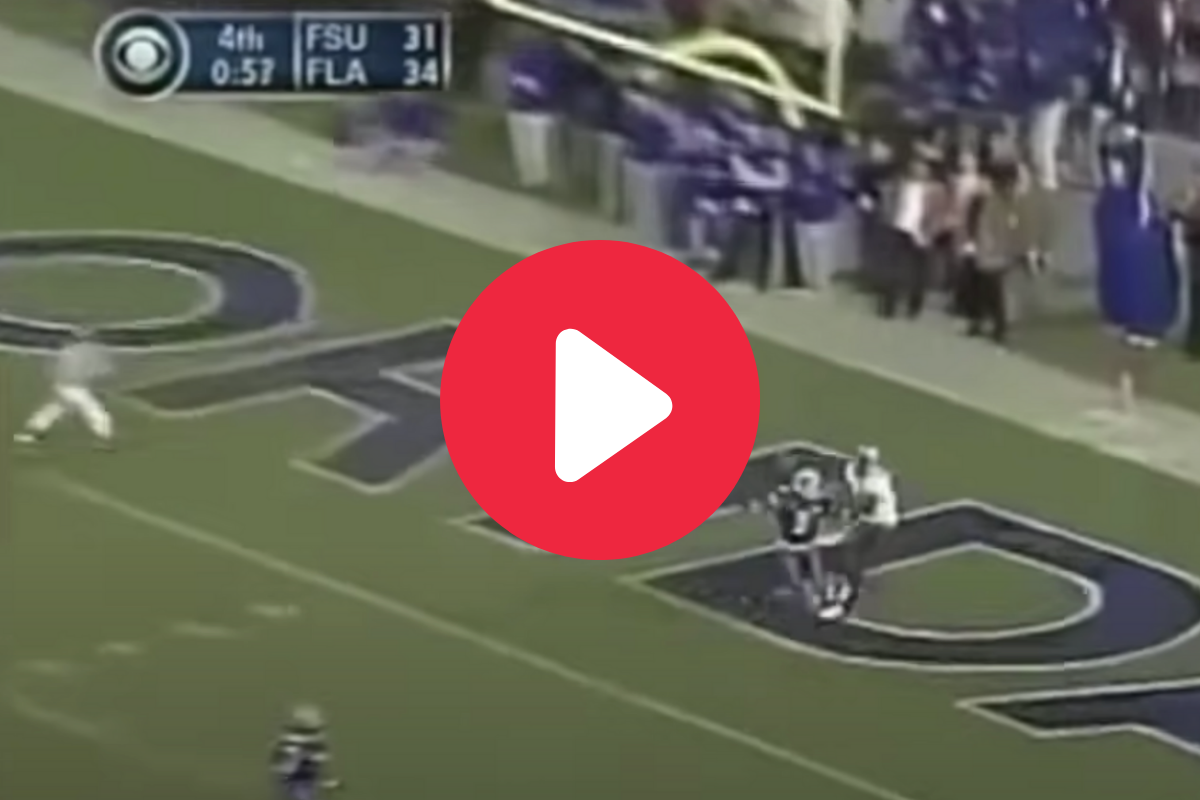 The Florida State Seminoles and Florida Gators simply do not like each other. It’s part of what makes the Sunshine Showdown one of the the greatest rivalries in college football. There are countless moments that have made it intense over the years, but one game in particular seemed to sum it all up perfectly.

Back in November 2003, the FSU-UF rivalry game in Gainesville had it all. From a near brawl before the game to a controversial opening kickoff to possible missed calls made by the ACC officials to late-game drama, this checked off every box imaginable.

It’s best known as the “Swindle in the Swamp,” but it’s also arguably the wildest game of the entire 50-plus year rivalry.

It was a top-15 matchup at the University of Florida’s Ben Hill Griffin Stadium, and ending the regular season on a high note was the top priority. It might not have had national championship game implications like battles between Bobby Bowden and Steve Spurrier in the past, but it was still massive with ESPN’s “College GameDay” on hand.

The quarterback battle between FSU’s Chris Rix and Florida’s Chris Leak stole the headlines leading up to the game, and the trash talk added to the hype. Bobby Bowden’s Seminoles and head coach Ron Zook’s Gators were all set for a NCAA classic, and it delivered in a big-time way.

Nothing about the game was conventional. FSU star Antonio Cromartie damn near had a fumble on the opening kickoff and the shenanigans were underway. The officiating crew made Gator fans angry all game long, too, despite the SEC team leading late in the fourth quarter.

Then, one of the greatest plays in rivalry history happened.

After Rix completed a pass to Dominic Robinson over the middle to keep the game alive. The ‘Noles were near the 50-yard line and had a timeout left. A game-tying field goal was still in play. However, Bowden had a different idea from the sidelines.

With just over one minute to play, Rix took the shotgun snap and rolled to his right before heaving the ball into the end zone. P.K. Sam was right there to make the catch, score the game-winning touchdown, and stun the entire stadium with a 38-34 comeback victory.

“I remember rolling to my right, got outside the pressure and then I saw P.K. one-on-one with someone with a blue jersey,” Rix told 247Sports. “I just threw it up to give him a shot, P.K. was always good to high point it and bail me out. Forget moving the sticks, I threw it as high and as far as I could to win the game.”

The game didn’t result in a Heisman Trophy or national title, but it will remain in FSU lore and even sparked a postgame fight.

Although the Seminoles lost to Miami in the Orange Bowl to end the season, nobody will forget Rix to Sam and the party it started back in Tallahassee that day.